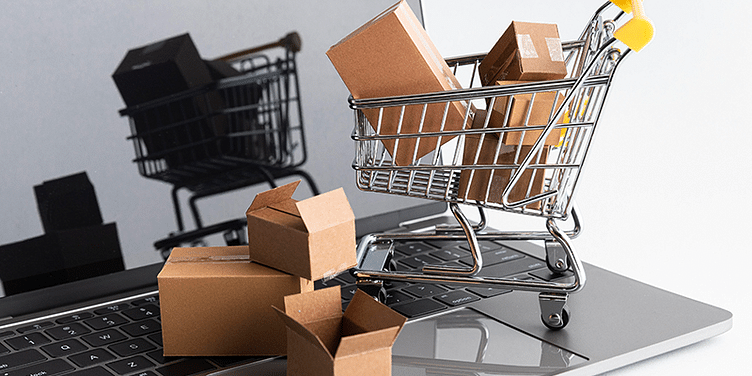 According to a report by Redseer Strategy Consultants, Flipkart commanded a 62% market share of the total sales made during the first phase of the online festive season sale.

Walmart-backed ecommerce platform ﻿Flipkart﻿ and its group companies ﻿Myntra﻿ and Shopsy maintained a lead during the first phase of the ecommerce festive season sale with a market share of 62% in terms of gross merchandise value (GMV) or total value of items sold, according to a report by strategy consulting firm Redseer.

The report said that, during the first phase of the sale, goods worth $5.7 billion were sold by online retail platforms, a 27% increase over the comparable period in 2021. Around 75 million to 80 million shoppers participated in the sale, indicating a growth of 24% year on year.

The report also said that, in terms of order volumes, Flipkart Group companies held a market share of 49% while Meesho came in second with a 21% share. It is to be noted that ﻿Meesho﻿’s festive sale lasted for a shorter duration, from September 23 to 27, compared to Flipkart and ﻿Amazon﻿ India, which had a sale between September 22 and September 30.

“Mobile as a category continued to lead GMV share, contributing to 41% of the GMV, translating to 56,000 mobiles sold per hour​. Fashion contributed to 20% of GMV, which grew 48% year on year from the last festive (season),” said Sanjay Kothari, Associate Partner, Redseer Strategy Consultants, in a statement issued by the company.

The sale period saw the highest growth in sales of mobile phones over business-as-usual with a 7X spike in the category, followed by a 5X growth in the sale of electronics and large appliances and a 3X growth in fashion as a category.

The share of cash-on-delivery (CoD) orders stood at nearly 47% for the first phase of the online festive sale in 2022, compared to an estimated 55-60% in 2019. Festive sales during COVID and the following year had seen a dip in the number of CoD orders as people refused to transact in physical currency.

The report also said that nearly 65% of the shoppers during the first phase of sale came from Tier II cities and beyond. This might result in the average turnaround time for orders going up, though the delivery timelines for metros and Tier I cities continue to be on par with festive season sales last year.

The report predicts that, after a slow demand in the last quarter, the festive season sales have resulted in an uptick in consumption with further recovery till Diwali.

Redseer had earlier predicted that the period of online festive sale from September 22 to Diwali will see total sales of $11 billion.

Amazon India called the report by Redseer speculative, stating that it received the highest-ever orders for its Amazon Great Indian Festival 2022 during the 12 days of the sale.

"We cannot comment on speculative reports without robust and transparent methodology especially as these have not been shared with us," said a statement by the company.

"We witnessed the highest-ever start to the event in the first 48 hours, with 8X sales as compared to the average business days. This response is reflected across all categories, and we have overall seen a substantial increase in visitors vs 2021," said an Amazon spokesperson in the statement.

They further added, "Our seller community received significantly more orders compared to last year and are humbled by the response from customers and are grateful to our sellers and brand partners. We are excited about the sustained momentum in our month-long Great Indian Festival that will help sellers, brands and customers find celebrations during the festive period. Amazon India remains obsessed with offering the best online shopping experience to our customers and enabling our sellers to provide the widest selection at great value across all serviceable pin codes of the country."

(The article was updated to include Amazon India's comments on the report.)