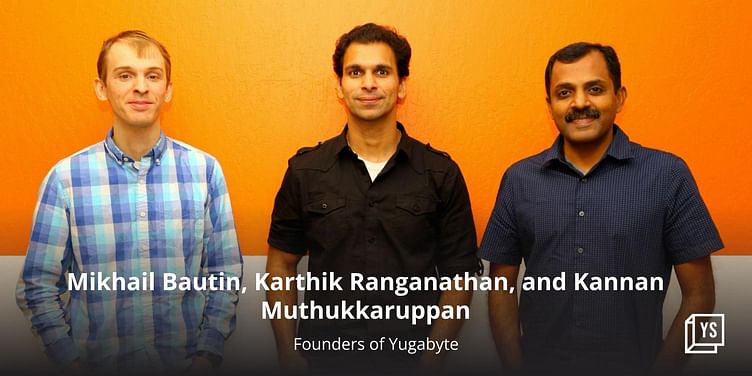 YugabyteDB is a high-performance transactional distributed SQL database for cloud native applications and is now looking to take its solutions to markets outside of the US and India.

In 2007, when Kannan Muthukkaruppan joined Facebook, now Meta, the social media giant’s operational database tier was a software called MySQL. While efficient, it had its limitations, especially for a company as large as Facebook.

It was around this time when Kannan, along with Karthik Ranganathan and Mikhail Bautin, who were the core engineering team, and creators Prashant Malik and Avinash Lakshman, built Cassandra and HBase. Today, Cassandra is one of the biggest NoSQL database management systems used by tech giants in the Valley like Netflix, Meta-owned Instagram, and Apple.

Soon, Kannan, and Ranganathan, found themselves working at Nutanix, but the essence of what they wanted to do still lay in building database solutions. This led them to start ﻿Yugabyte﻿ in 2016. It is a high-performance transactional distributed SQL database for cloud native applications.

Making use of the cloud

Cloud computing is extremely powerful. Today, anyone could scale businesses from millions to billions in a matter of months. Recognising this potential, Kannan, Karthik, and Mikhail decided to take the best of both worlds and put them together.

It’s been a few years and YugabyteDB has come a long way since 2016. Today, it is a high-performance transactional distributed SQL database for cloud native applications.

"We then focused on building a database that was inherently distributed, replicated and resilient to failures," says Kannan. He adds there was a huge camp of app developers that were then familiar with Postgres, so we set out to build YugabyteDB as a very cloud-native version of Postgres.

Given that distributed databases are complex in nature, they have to be built keeping in mind data resiliency that can replicate data across servers.

“What if we could bring in the cloud native properties of distributed databases, but without giving up on relational database feature sets like SQL, and the support for transactions,” says Kannan.

As it is, YugabyteDB is a high-performance transactional distributed SQL database for cloud native applications.

These ideas of scalability are not present in relational databases of the past, and perhaps also what sets YugabyteDB apart.

“Cloud native is more of a paradigm, which means that you want your infrastructure to be highly resilient, highly elastic. It has to tolerate the failure of an entire data centre, and you still need to be able to service your users. Those are all things that the modern cloud is making possible. The modern cloud today allows you to bring new capacities at will. And you need a database that can take advantage of that elasticity,” says Kannan.

In this process, the functionality of the entire operation can get affected. This is what YugabyteDB solves for, explains Kannan.

By moving to YugabyteDB, this complexity is significantly reduced because you no longer need to deal with many moving parts in the infrastructure such as a separate caching tier or dealing with multi-datacenter replication and rebalancing, and sharding at the application layer.

In it for the long haul

Bhaskar Ghosh, Partner and Chief Technology Officer (CTO) at 8VC, explains that building a database infrastructure product and business is fundamentally difficult. However, he believes that YugabyteDB is the one to make it happen.

“YugabyteDB is well on its way to building a disruptive and generational business as part of the journey to become the de-facto cloud data-tier for next-generation data-driven applications, as well as for legacy applications that need to be modernised for the cloud-native enterprise," he says.

There is no doubt it is well placed to make it happen. According to news reports, the global cloud database market size is projected to touch $68 billion by 2027. The companies that work in cloud database management other than YugabyteDB include MongoDB, Amazon Redshift, Oracle, DataStax Enterprise and others.

Last fiscal year (ending in Jan 2022), YugabyteDB had an ARR growth of over 500 percent year-on-year. The company, while refusing to share its revenue details, states that it charges based on per core licence agreement of the server. The chargers are purely based on the licence agreement in the retail sector. Kroger in the US is one of the early adopters of YugabyteDB. While the company currently operates out of the US and India, it is looking to expand operations to other markets.