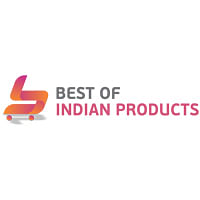 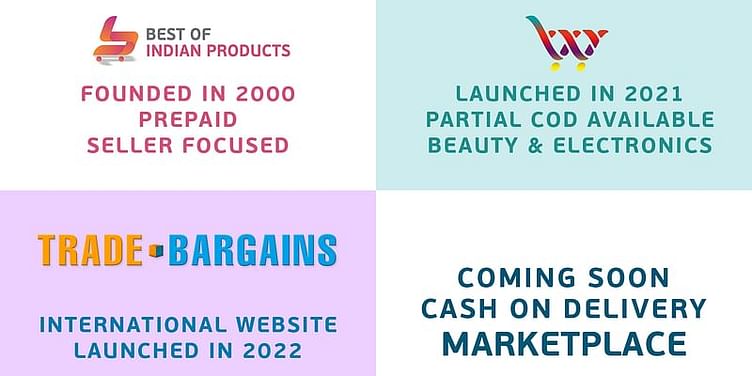 “We all have to die one day, but I want to be remembered for creating something useful for society, which can generate direct employment. The art of innovation and creation matters to me more than monetary causes,” says Harkanwal Singh, Founder and CEO, ﻿BOIP﻿, a marketplace where buyers around the world can get quality products online at low prices.

After completing his B.Com in 1989, Harkanwal started his career with Ludhiana-based tyre maker Ralson India. With a keen interest in programming, he started making programs on FoxPro, created a Cost Sheet for production, and learned the basics from the IT department on a 386 computer.

However, the vision of creating a unique proposition led him to don the hat of an entrepreneur. In 2000 when Pizza Hut started its door-to-door food delivery service, Harkanwal was inspired by the trend. This triggered the idea of an online e-commerce marketplace, which would accumulate buyers and sellers, making shopping a more manageable process, while reducing the cost.

Coupled with his interest in computing, the proposition gradually started shaping up into an e-commerce website called Best Of Indian Products, perhaps the first of its kind in India, with the best products for customers.

“In 2000, I took the domain www.bestofindianproducts.com and started working on an e-commerce marketplace. Merging with the development team, we conceptualized the idea of an online marketplace for India, which was finally launched in April 2001 and got captured in May 2001 by Web Archive,” Harkanwal tells YourStory.

While the idea was in place, expanding it to further stages became a challenge as the concept of an online e-commerce marketplace was new in India. “I lost all investments and had to discontinue soon because India wasn't ready for an e-commerce platform. Indians were apprehensive about online buying, as it lacked the touch-and-feel before purchasing a product. Besides, very few people had credit cards and the internet was a rare thing,” he recalls.

With zero funding, lack of internet penetration, and several other hurdles to cross, Harkanwal had to discontinue the platform; and though the passion for building a platform remained with him, he started working for other companies. “In 2013, I decided to leave Shell and came to Mohali to work on the idea and also started selling on Amazon with the same name (seller with Amazon). The core idea remained the same as it was in 2000. I decided to relaunch BOIP in 2015, as we would be now backed by technological innovation, and high-speed internet,” he adds.

BOIP emerged again in 2015 at a juncture when people had quite warmed up to online shopping. The initial two years were hard as the startup was still bootstrapped and Harkanwal was running a tight ship. However, with consistent efforts, success started pouring in, and BOIP turned profitable in 2021, banking mostly on prepaid shopping.

“With factors such as reasonable prices, customer satisfaction, profits for sellers, and a small hard-working team, we were able to create a win-win situation for everyone. Today, we have almost 5 million visitors a month,” Harkanwal proudly shares.

While most online e-commerce platforms are focused on customer benefits, BOIP is a balanced marketplace that takes care of sellers and customers alike. “Funds are transferred directly to the sellers from the payment gateway, and we take only our commission into our accounts. We refrain from using the sellers’ cash for our business. A seller can check that on the payment gateway as we keep the money safe and visible,” says Harkanwal.

At BOIP, the order delivery ratio is nearly 100 percent so sellers won’t have to suffer losses on account of courier rejection and damages due to courier RTO or COD orders. “With prepaid only or partial COD we have reduced fake orders, thereby reducing costs for sellers, and ultimately decreasing prices for customers. Also, with prepaid payment, we tend to cover more pin codes by courier partners, so we can deliver to more locations. Additionally, we have only a six percent commission for all verticals without any fixed cost. All these factors help our sellers to compete with most of the marketplaces,” adds Harkanwal.

Harkanwal has also started platforms such as ﻿Wizekart﻿ and Trade Bargains, both formed under the aegis of BOIP.

A prepaid e-commerce marketplace, but with the option of particle COD, Wizekart deals with categories such as electronics, home and garden, and health and beauty. Harkanwal plans to develop Wizekart solely into a platform dealing with women’s products.

Trade Bargains, on the other hand, are focused on cross-border trade for selling Indian products to other nations, thereby generating foreign revenue by keeping the commission rate low for Indian sellers. “Launched in 2022, our Trade Bargains website is taking Indian products to the world, and is focusing on developed nations now. Additionally, we already have sellers who are looking to receive payments in USD to claim the export benefits. We are also looking to open an office in the USA,” says Harkanwal.

Harkanwal also shares plans of launching a platform focused on cash on delivery and is working towards improving the COD payment experience for both sellers and buyers. He also has a website name he’d like to register - COD.shopping.

As a self-sufficient platform today, BOIP has grown from strength to strength in five years. Harkanwal takes great pride in building an ethical business that customers trust. “We have built this by paying heed to every single customer query which in turn has helped us in retaining the majority of our customers. BOIP is focused on the growth of its partners and the people who have helped the platform attain the position that it has today,” he concludes.