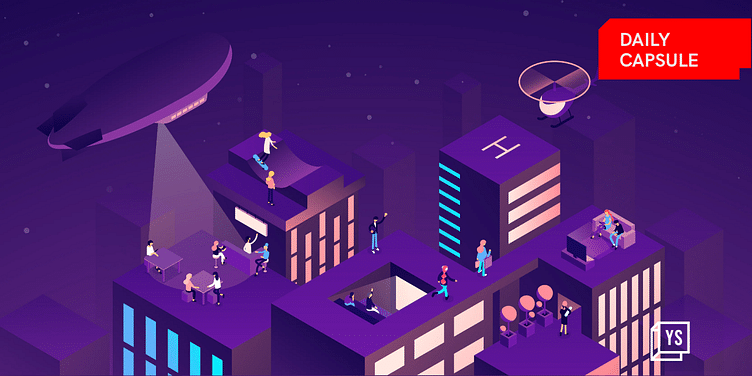 The National Centre for Combustion Research and Development (NCCRD) has supported seven deeptech startups since its inception, including the likes of Agnikul Cosmos and The ePlane Company.

We wish you a very Happy Dussera!

Since April this year, Apple Inc.’s iPhone exports from India crossed $1 billion. At this rate, outbound shipments of India-made iPhones, mainly to Europe and the Middle East, are set to reach $2.5 billion by March 2023, Bloomberg reported citing sources.

That’s almost double the $1.3 billion worth of iPhones India exported in the year through March 2022, signalling that the country is on its way to becoming a global electronics manufacturing hub.

On the other hand, the European Parliament has approved a law that would require electronic devices to use a common charger — a USB Type-C charger.

If passed, all mobile phones, tablets, and cameras sold in the European Union must be equipped with the same charging port by the end of 2024. This means, Apple, which uses its proprietary lightning charger, would now need to include the common charging type if it were to sell its iPhones in the EU.

YourStory is committed to discovering, showcasing, and amplifying high-potential emerging D2C brands. Brands of New India’s "500 Challenger Brands" initiative is all set to release its final cohort of 100 challenger brands. If you think your brand stands apart from the rest, apply here.

ICYMI: Mr Doodle doodled around his house for three years to fulfil his childhood dream, and it’s nothing like the back of our notebooks!

Here’s your trivia for today: 'Hobby horse' was the first 'mass production' name of which invention?

The National Centre for Combustion Research and Development (NCCRD) has supported seven deeptech startups since its inception, including the likes of Agnikul Cosmos and ﻿The ePlane Company﻿.

A brainchild of Satyanarayanan R. Chakravarthy, better known as Professor Satya, the centre was established to provide a large-scale research and development facility for massive global industrial projects to validate their work in India.

Fintech startups, especially those in the growth stages, are struggling to raise capital.

Funding in the sector peaked in the fourth quarter of 2021 and has been on a decline ever since, with late-stage funding taking the maximum hit—down almost 45% in August 2022 from the same month last year, according to a report by Tracxn.

'Hobby horse' was the first 'mass production' name of which invention?