How three women VCs are creating differentiation with startup investments 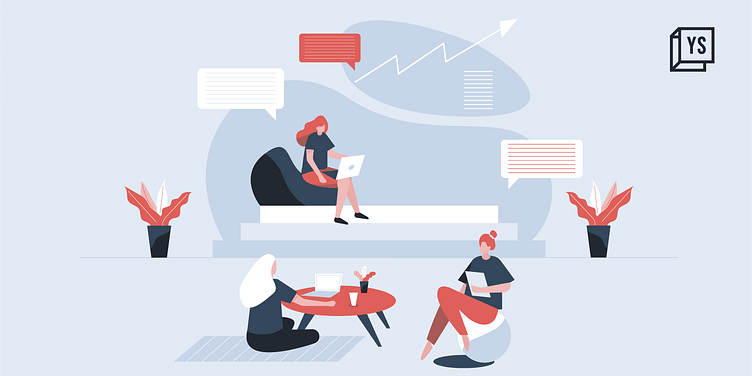 Enzia Ventures invests in early-stage companies in three sectors—healthcare, education, and environment. This VC firm believes it can bring in insights and the network, given its understanding of these spaces.

Three seasoned women professionals with diverse work experience and educational backgrounds--from IIT and ISB--came together to set up a venture capital (VC) fund to create a sharp differentiation with their startup investments.

Founded in 2019, ﻿Enzia Ventures﻿ is an early-stage VC firm founded by Jayshree Kanther Patodi, Karuna Jain, and Namita Dalmia. As of now, it is focused on three sectors--healthcare, education, and environment. The founders believe a sector-focused fund will generate better outcomes than a broad-based approach to investment.

The work experience of the three founders is also a valuable asset for this VC firm in how they go about investing in startups. Jayashree is an alumnus of IIT Mumbai and the Indian School of Business (ISB) and has worked with McKinsey and Khazanah, the sovereign investment fund of Malaysia. Karuna, who is also an ISB alumnus, has worked with global impact investment firm Acumen, and Namita Dalmia was with Omidyar Network India with a degree from IIT Bombay.

Enzia Ventures, which received its licence from the Securities Exchange Board of India (SEBI) in September 2021, was earlier investing in startups as a syndicate, which is similar to an angel investment platform. It made about five investments during this period.

Enzia Ventures believes all three sectors are on the cusp of massive changes driven primarily through technology, and startups have the right ingredients to capitalise on them. For example, Jayashree was managing a healthcare business prior to Enzia, which managed to improve its profitability primarily due to technology.

Commenting on being a sector-focused fund, Karuna says, “We understand these sectors very well and bring deep expertise as well as the network.”

As part of its fund raise, Enzia Ventures is aiming at $40 million as its first corpus. Jayashree says it has already garnered around Rs 200 crore from individuals and institutions.

Enzia Ventures also has plans to invest in around 15-20 startups from the fund at the seed to the pre-Series A stage with a cheque size of Rs 4-5 crore. It aims to devote around one-third of the fund to each of the three sectors. Around 50% of the fund will be dedicated to follow-on rounds into the startups.

Some of the startups in its portfolio include Imumz, Numes, Morphle, Kafka, ZenOnco.io, Leap Club, Curious Jr, and Proactive for Her.

Despite being sector-focused, Enzia Ventures plans to pay attention to specific areas. For example, in the healthcare space, it will look into areas such as speciality care, insurtech, preventive care, etc. In the education segment, the focus will be on segments such as emotional intelligence and higher studies. In the space of environment, it expects a large play in areas such as EV financing, emission measurement & reduction, etc.

On the qualities Enzia seeks in a startup, Karuna says, “Fundamentally, we look at founders who are building large businesses with the right model and should have the qualities of integrity as well as resilience.”

Karuna says, “We are focused on startups with their outcomes and what the customer wants.”

The founders claim that they have had instances where startup founders have chosen them over established VC firms due to their expertise and the insights they are able to bring on the sectors.

Jayshree says, “We work closely with the founders to help them in their journey of strategy, fundraising, and focus on outcome.”

The founders say, having been part of mature businesses in the past and knowing how it works, they are able to bring that perspective at an early stage for the startups. They have also seen significant improvement in the quality of the founders over the years and say it is a sign of the maturity of the Indian ecosystem.

Jayshree and Namita have known each other since their IIT Bombay days, and Jayshree and Karun were batchmates at ISB. Jayshree says the coming together of the trio is a confluence of opportunity and skill sets.

Enzia Ventures is also one of those few VC firms in the country led by women. The founding team terms it as a happy coincidence and that around 50% of its portfolio startups have women founders.

As part of its future plans, Enzia Ventures aims to go deep with its portfolio of startups to build long-lasting businesses.

“We will keep identifying the right founders and keep them true to what they set out to do,” says Karuna.