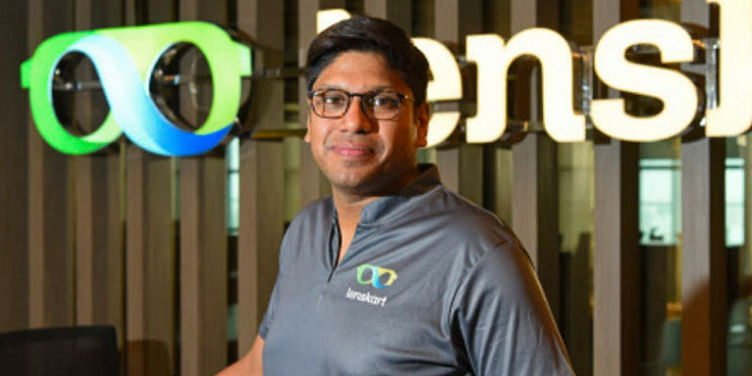 This is the company's fifth round of funding this year with over $200 million raised in 2022 alone.

Eyewear brand ﻿Lenskart﻿ has raised $39.6 million from Chiratae Ventures, DSP India Fund, and Axis Growth Avenues AIF-I. This is the brand's fifth round of funding in 2022 alone.

The company issued over 1.4 million cumulative and fully convertible preference shares to the investors in a shareholders' meeting held earlier this month. Inc42 was the first to report the development.

The fundraise comes at a time when late-stage deals have come to a standstill as macroeconomic environment seem frothy.

Lenskart reported a net loss of ₹102.3 crore in FY22 compared to a net profit of ₹29 crore last year, hurt by a sharp rise in total expenses, according to regulatory filings.

Lenskart raised $100 million from Alpha Wave Ventures in April this year, just nine months after raising $315 million at a valuation of $2.5 billion. It raised $24.7 million in the same month from existing investor Epiq Capital. It then raised $25 million and $12.5 million in two separate rounds in the following months.

In total, the omnichannel eyewear brand has raised over $900 million. The company is also aiming at a public listing in the next three years.

Lenskart also acquired Japanese eyewear brand OWNDAYS in June this year for about $400 million, which is expected to help Lenskart expand to South East Asian markets.