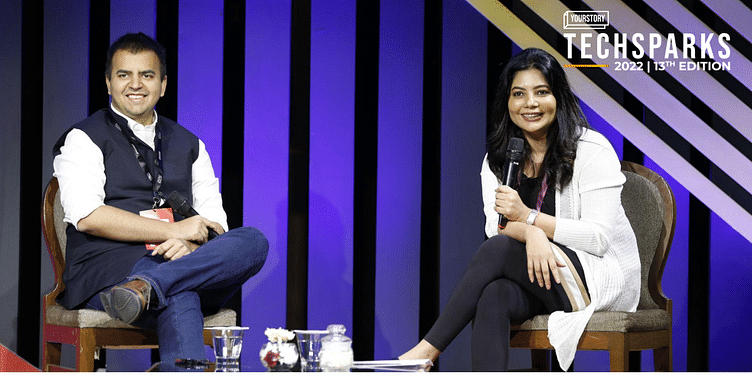 India is breaking into the global EV space and making a more meaningful impact than the West, Ola Founder and CEO said at YourStory's 13th TechSparks edition.

The time has come for India to lead the world, Bhavish Aggarwal, Founder and CEO of ﻿Ola﻿, said at a gathering of startup founders and investors, while also emphasising that domestic companies need to build products that Indians want.

There is no point in waiting for the market to be ready; rather, "the market has to be made ready," Bhavish insisted at YourStory's 13th TechSparks edition, recalling that when he had set out to build Ola Electric in 2018, many had said it was “too early” to do so.

Some had also asked him why he was in a hurry to build electric vehicles. But Bhavish being Bhavish did not think it was an idea conceived too soon.

In fact, he doesn't think one can hurry enough to create solutions for Indian consumers. "We’ll have to set up the market, and if not us, then who?"

Given the government's push and the regulatory support for EVs, in the form of subsidies and ease of doing business, Aggarwal says the onus is on new startups to innovate in the space with India-centric solutions.

“Government has done 100X more than what was expected, and they’ll continue to do more as we innovate; now we, the startup ecosystem, have to take it ahead.”

To take the journey forward, Bhavish remarked that he’s interested in partnering with or even acquiring innovations in the solid-state battery space, adding that such investments, partnerships, and acquisitions will be an ongoing part of Ola Electric’s growth journey.

India, according to him, is breaking into the global EV space and making a more meaningful impact than the West, considered an evolved EV market. “This is India’s moment; why can’t we make the country of our dreams in our lifespan?”

"The EV agenda is no longer set in the West, but can be in India, which represents a microcosm of the world," said Bhavish, a self-confessed "TechSparks fanboy" attending his fifth TechSparks event. "The EV space has a big India opportunity— we’re already building products the world needs, and we can be global leaders in EV supply."

A champion of mobility in India, the entrepreneur believes that the evolution of automotive technology is electric, and for India, the goal is to build electric vehicles for humanity, at scale.

‘Not here to have a nice time’

Speaking on the corporate culture at Ola, Bhavish admitted that his passion to build something "impactful" has often been "misunderstood".

Refuting media reports that he made employees run laps around the factory floor, Bhavish said, "We are not here to have a nice time at Ola, or make loads of money” although that will happen in due time; “we’re here to make an impact”.

Referring to a sequence from the movie 83, in which Ranveer Singh, who played cricketer Kapil Dev, says "We here to win", Bhavish said Ola's aim is to create for India and then help India create for the global world.

"Ola is a very simple company with a very simple goal, which is we're here to win... Ola is not a place for people looking for a balanced life; it’s for people who wholeheartedly believe in wanting to create an impact.”

On plans for an IPO, Bhavish said Ola's draft red herring prospectus was ready, but he decided to delay an initial public offering because of macroeconomic conditions. However, he said he's now looking at next year to launch an IPO, although he wasn't sure if it would be for Ola Cabs or Ola Electric, which, according to him, was nearing profitability.