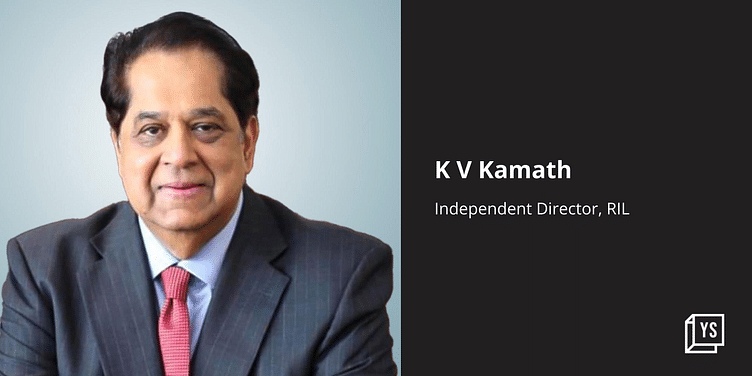 K V Kamath will also be the non-executive chairman of Jio Financial Services, a subsidiary of Reliance Industries which will be listed on the stock exchanges following its demerger.

Veteran banker and the leading name of corporate India - K V Kamath has been appointed to the Board of Mukesh Ambani-owned ﻿Reliance industries﻿ as an Independent Director.

In a notice to the stock exchanges, Reliance Industries said Kamath will be on its board for a period of five years.

In addition, he has also been appointed as independent director and non-executive Chairman of Reliance Reliance Strategic Investments Limited (RSIL), a wholly-owned subsidiary of Reliance Industries.

The company already announced that RSIL will be renamed as Jio Financial Services Limited (JFSL) and listed pursuant to a scheme of demerger approved by the Board of Directors for demerger of the financial services business of the company into RSIL.

Kamath will continue as non-executive chairman of JFSL even after its listing on the stock exchanges, the notice said.

Kamath started his career at ICICI where he transformed it into a diversified, technology-driven financial services group.

He retired as Managing Director and Chief Executive Officer (CEO) in 2009 and continued as the Chairman of ICICI Bank till 2015.

Kamath also served as chairman of Infosys. Under his leadership, tbe IT company got its first non-founder as CEO in Vishal Sikka.

In 2015 he was appointed as the first President of the New Development Bank set up by the BRICS countries from where he retired in 2020. He is currently the Chairman of the National Bank for Financing Infrastructure and Development (NaBFID).

Kamath was awarded the Padma Bhushan, one of India’s highest civilian honours in 2008.