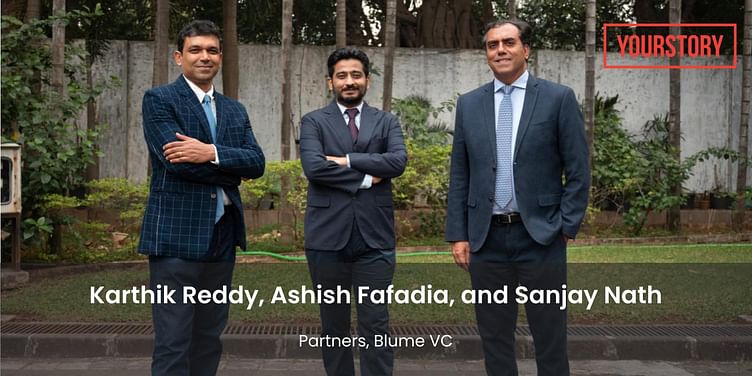 The fund will invest in 30-35 companies across technology verticals.

﻿Blume Ventures﻿has closed its fourth fund at a corpus of $250 million. This is the firm's largest fund so far, and is more than double its previous one.

The venture capital investor said in a statement that, with the closure of this fund, its assets under management have crossed $600 million.

The 12-year-old firm focusses on early-stage, technology-led startups in sectors such as edtech, fintech, healthcare, commerce and consumer internet, robotics, AI, and SaaS.

Blume Fund IV will be managed by a 15-member investment team led by Sajith Pai, Arpit Agarwal, Ashish Fafadia, Sanjay Nath, and Karthik Reddy. It will invest in 30-35 companies across technology verticals.

"It has been satisfying to see the brand scale and be able to raise a fund size that is finally commensurate to its needs and more so when there is an overall gloom around fundraising and liquidity globally," said Ashish, one of Blume’s partners. "The fund size, diversity of LPs (limited partners), and oversubscription is a testament to the coming of age of Blume, the institution."

The firm's first fund of $60 million was launched in 2011, and it invested in 60 startups including Purplle, Grey Orange, Turtlemint, Exotel, Cashify, and IDfy.

The second and third funds of $60 million and $102 million were launched in 2015 and 2018, respectively. Portfolio companies in these rounds included Unacademy, Slice, Spinny, Dunzo, Koo, and Healthifyme.

"We are grateful to our anchor supporters and new believers who have emphatically backed Blume IV," said Sanjay Nath, Partner at Blume Ventures. "Thanks to an increasing reality of IPO and M&A exits, there is a resurgence of 2x founders and operators, as well as higher quality first-time founders."