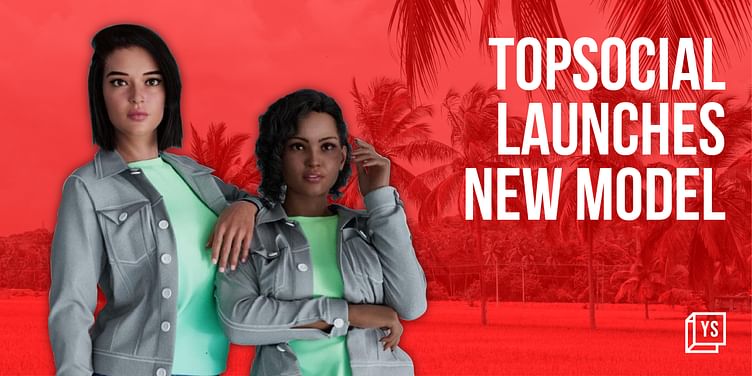 After Kyra, TopSocial India is set to launch Sravya, a new character with a polyglot persona. The agency also plans to launch five other models in the near future.

TopSocial India, the agency behind the launch of India's first virtual influencer model Kyra, is rolling out a new model Sravya to focus on the South Indian market today.

Sravya will have a polyglot persona and will be able to converse with her audiences in several languages, including Telugu, Tamil, Malayalam, and Kannada. She will play the role of Kyra's manager and is set to have her own Instagram page. "To us it made sense... if Kyra is a virtual influencer then her manager should also be virtual," Himanshu Goel, Business Head of TopSocial India, tells YourStory.

With Sravya, the focus is on targeting audiences in the South Indian region. Her origin story will include that she is from Palakkad in Kerala. "There is a huge interest in the South Indian market... it is a market that loves technology as is evident from their movies that use a lot of CGI. So it is natural that they will also have a social media online in terms of CGI," he says.

According to Himanshu, the agency has already mapped out a plan for five more characters and will begin introducing them in a phased manner.