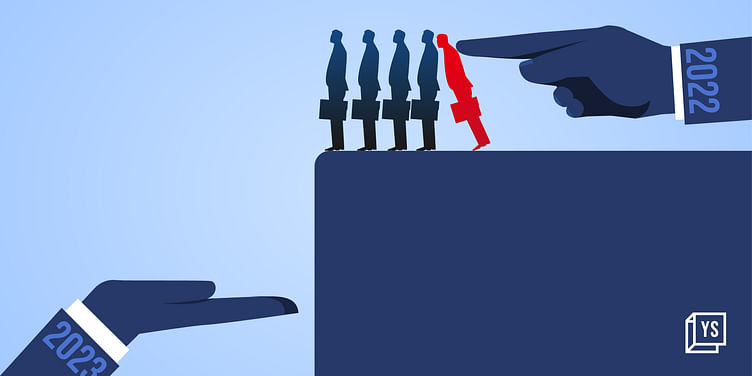 After a hiring slump in the second half of 2022, there are indications of improved recruitment in 2023, especially in the retail, real estate, BFSI, and automotive sectors.

The upward momentum in hiring across industries, which began in 2021, continued till the first half of 2022. Thereafter, there was a significant slump in the job market, with companies not only pressing the brakes on hiring but also laying off people. However, as the year draws to a close, there are indications of the market improving in the near future.

In 2023, retail, BFSI and automotive sectors are expected to see a 20% growth in hiring over the last year. IT may experience muted growth in the first half of the year and is anticipated to pick up in the second half, according to estimates by foundit (previously Monster APAC & ME), a talent management platform.

Hiring activity in December started off well, after a slide over two quarters. Overall, the trends indicate an increase in hiring intent, and the next few quarters could see the intent crossing the 70% mark, according to a TeamLease report.

There will be a slow but steady recovery in recruitment/talent acquisition across sectors. Hiring in industries such as real estate, retail, tech, and BFSI is already on an upward trajectory despite a slow-growing economy and high inflation. Talent will be in demand in education and healthcare too.

Sekhar Garisa, Chief Executive Officer (CEO) of foundit, a Quess company, says, “Despite a slowdown in hiring for tech talent for the past few months, several industries, such as education and healthcare, are increasingly relying on technology to drive efficiency and productivity, indicating skilled talent will always be in demand.”

There has been a phase of uncertainty in the job market since July due to the global economic scenario. While there was an 8% growth in hiring in the first half of the year, there was a 3% decline in the later part of the year, according to foundit Insights Tracker.

The banking, financial services and insurance (BFSI) industry witnessed the strongest demand for professionals in 2022, marking an annual growth of 25% in hiring.

In addition to BFSI, telecom/ISP, production and manufacturing, automotive/ancillaries/tyres, and retail were the top industries in terms of hiring activity. But hiring decreased in media and entertainment, engineering, cement, construction, iron/ steel, education, FMCG, food, and packaged food.

In early 2022, companies across sectors faced the challenges of short supply of talent and wage wars, on the back of inflated salaries and expectations from 2021, says Kamal Karanth, Co-founder of Xpheno, a specialist staffing company. “Companies, eager for talent, had disrupted the market with higher-than-usual wage packages in 2021. The impact of this continued well into early 2022.”

The overheated talent acquisition funnel in 2021, with hyper hiring, in anticipation of a buoyant 2022, is the primary reason for a spike in layoffs, say experts.

Tightened access to funds in an inflationary market saw a redesign of talent acquisition plans across sectors. This led enterprises to shed the extra flab they had gathered in the buoyant year.

“In the readjusted market, the new challenge is about access to quality talent at affordable cost,” explains Kamal.

There was a 33% increase in attrition in startups mainly due to a rise in global disinvestments in certain sectors, according to a TeamLease report. Unicorns and soonicorns too face a substantial attrition rate of 27%.

From large US-based tech firms such as Amazon, Meta, Twitter and Microsoft to smaller startups, companies have been forced to trim their workforce. Several startups that raised a lot of money during 2021 are also laying off people as their businesses have suddenly hit a roadblock and they don’t have clarity on the next phase of growth.

According to market estimates, based on publicly disclosed numbers in India, there were 18,000 to 20,000 layoffs in the tech industry in 2002. However, Xpheno estimates, based on talent conversations and job seeker activity, tech layoffs to be 24,000 to 25,000.

In 2022, many organisations risked their brand image when they laid off employees. Learning from the mistakes of the past, organisations will be cautious going forward. They have now understood the need for accuracy in workforce forecasting. In the coming year and beyond, more and more employers will turn to data-driven decision-making in their hiring process.

Xpheno’s Kamal is cautious when he says 2023 will be the year of “hiring corrections” and the recent layoffs, to optimise talent and costs, may continue to cause ripples in 2023.

Enterprises will closely look at employees’ skills, experience, and compensation to assess if their compensation matches them or not. Companies may opt to replace high-cost employees with moderate-cost talent.

As the global economy returns to normalcy slowly, margin-sensitive industries will continue to keep their hiring plans tight and conservative. On the bright side, retail, BFSI and automotive sectors are expected to see hiring growth.

IT roles will be in demand in different industries, but there could be a paucity of talent for roles in emerging technologies. Consequently, companies will have to focus more on training their current workforce. Here is where certifications will play a major role in hiring tech talent and in validating their skills and knowledge, notes foundit.

Mumbai, among the metros, and Ahmedabad, among the Tier II cities, are expected to lead the e-recruitment activity in India, according to foundit. The growth projections in sectors such as BFSI, retail, automotive, real estate and construction will lead to higher demand for talent in these cities.

Bangalore and Delhi-NCR are forecasted to lead the hiring in the automation market. Among other Tier II cities, Coimbatore is expected to lead the pack with IT services, BPO and auto components being the growth drivers.

Though the ongoing global turmoil, with mass layoffs, hiring freeze, and impending recession, has significantly affected the services sector globally, especially the IT industry, the sentiments in India seem a tad positive.

“The sentiment in India continues to be on an upward trajectory, with 77% of employers indicating a higher hiring outlook (based on a survey),” says Mayur Taday, Chief Business Officer, TeamLease Services.

The coming year will see trends such as increased use of digital media, automation and analytics, reskilling and upskilling of task force, and focus on diversity, equity and inclusion, leading to demand for talent and consequent hiring.