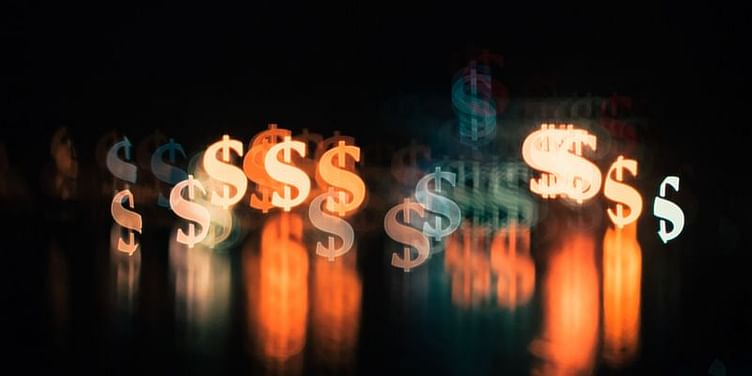 The top line of these 500 companies is equivalent to 29% of India’s GDP, and these companies employ up to 1.5% of the country’s total workforce.

Four former unicorns listed on the stock exchanges had a tough year as they cumulatively lost Rs 2 lakh crore.

“From a ‘rare bright spot,’ when most world economies are staring at a slowdown, India is slated to be entering its decade of eminence. Indian companies and their leadership deserve great acclamation for their contribution to the country’s unique positioning today, and they will play an even bigger role in making India the world’s third largest economy over the next decade,” Amitabh Chaudhry, Managing Director and Chief Executive Officer, Axis Bank, said in a media release.

“The top line of these 500 companies is equivalent to 29% of India’s GDP, and these companies employ up to 1.5% of the country’s total workforce,” Amitabh added.

Cementing its number one position ﻿Reliance Industries﻿ was 47% more valuable than ﻿TCS﻿, the second-most valuable company on the list. RIL has a total value of 17.3 lakh crore, followed by TCS with Rs 11.7 lakh crore and ﻿HDFC Bank﻿ with Rs 8.3 lakh crore.

The value of 309 companies in the list increased in the last year, of which 18 doubled in value. Six companies, led by four ﻿Adani Group﻿ companies—Adani Total Gas, up Rs 2.3 lakh crore; followed by Adani Enterprises, up Rs 2.1 lakh crore; Adani Transmission, up Rs 1.7 lakh crore and Adani Green Energy, up Rs 1.4 lakh crore— rose by Rs 1 lakh crore and make up the biggest gainers in terms of absolute value.

The average age of companies featured in the list was 37 years, three years younger than last year. While 25 companies have a history of more than 100 years, 153 companies were founded in this millennium of which 64 are less than 10 years old.

“India’s startups are producing some significant companies. Just under 13% of the 2022 Burgundy Private Hurun India 500 are less than 10 years old, led by Adani Transmission, Adani Green Energy, ﻿Swiggy﻿, ﻿Razorpay﻿, and ﻿CRED﻿. Of these startups, 71 are unicorns and 8 are gazelles,” said Anas Rahman Junaid, MD and Chief Researcher, Hurun India. Unicorns are startups with a valuation of $1 billion or more while gazelles are high-growth companies.

“These days, the hottest topic for a panel discussion in startup conferences is startup valuations,” Anas noted, adding that public markets listing—considered a litmus test for valuations—has ended up becoming a poisoned chalice for a few.

“Some of the biggest value shedders in the 2022 Burgundy Private Hurun India 500 are startups such as ﻿PolicyBazaar﻿, ﻿Paytm﻿, ﻿Zomato﻿ and ﻿Nykaa﻿ which lost 68%, 59%, 50% and 48% respectively in value since last year. This trend is a clear indication that startup valuations based on ‘2021 parameters’ in private markets are up for a bumpy ride,” Anas explained.

The 2022 list also featured some of the most valuable unlisted companies, including ﻿Serum Institute of India﻿, followed by ﻿BYJU'S﻿and the National Stock Exchange of India.

The 500 companies came from 15 states, led by Maharashtra, Karnataka, and Tamil Nadu followed by Delhi, and Haryana. These companies employ 7.3 million people.

(The story was updated for clarity.)