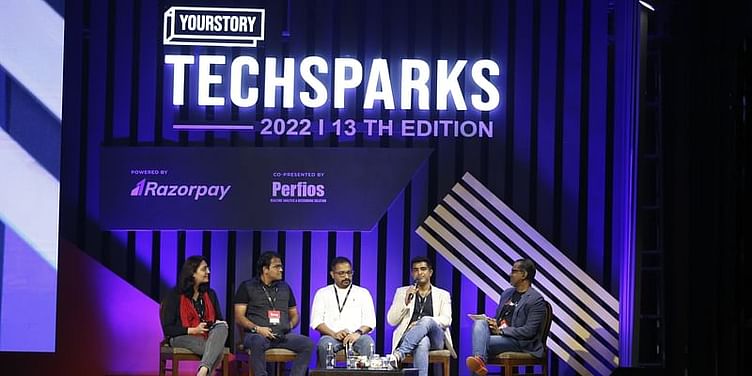 Founders of startups that have entered the unicorn club share strategies to tackle challenges, while revealing the secret sauce to scaling up.

The world of startups is booming today – there are innovative products and services that are being launched, almost every other day. Interestingly, India is fast becoming the 'startup capital' of the world. Over 940 startups have raised nearly 20 billion in the first half of this year, while over 100 tech startups have entered the unicorn club.

The pandemic, too, served as a catalyst, highlighting the significance of technology to scale startups. But let's understand this – becoming a billion-dollar company is no mean feat. While most believe that funding is the most crucial component for startups – it's also important to find the right tech partners to foster your growth.

To understand the secret sauce of what makes a startup a part of the unicorn club, a panel discussion featuring Manish Kumar, Founder and CEO, ﻿KredX﻿; Monika Jain, Co-founder and COO, ﻿Presto﻿; Satish Mohan, Founder and CTO, ﻿Dhiway﻿; and Prashant Singh, Co-founder and COO, ﻿LeadSquared﻿, was moderated by Viju Chakarapany, VP and Head of Commercial Sales - Asia-Pacific and Japan, ﻿Red Hat﻿, at TechSparks 2022 in Bengaluru.

The journey of innovation and scalability

For startups, the decision-making process of selecting innovative technologies is not as easy, particularly when building products. Sharing her view on this, Monica revealed that as a low-code, no-code tech platform that is trying to power up other enterprises to run millions of transactions, they have to be scalable, secure, and stable.

"Open source was our first choice, and a lot of our co-founders have been contributors as well as consumers to open source. We did not fall into the typical myths that are associated with open source. I think a lot of people associate free as being sub-par, but we have noticed that these are some of the most well-tested technologies, and not just us, our customers have also liked that aspect," she mentioned, sharing that vulnerabilities in the platform show up more quickly when one is building on top of open source.

While scaling is the natural route for most startups, it is ridden with challenges. As Prashant rightly said, forecasting is one thing, but in reality, it is exponentially harder. Since LeadSquared is taking the multi-product direction, it is important for them to differentiate between the products they need to build or buy.

"The second factor is the market. We believe that any market that can give us 10 million dollars of revenue is the right market to invest in. The third factor is profitability, which must also be considered particularly in the long run. But the most important thing is to reorganise the company, so you can defend your market share and also grab it," he added, sharing that certain central functions like strategy and finance must also be set up.

Creation of cultural touchpoints in tech

Elaborating on the pertinent subject, Satish shared that while he was at Red Hat, he learned the important lesson of creating a certain culture, apart from building enterprise products.

"Open source is the default engine for innovation; it was not like this three decades back. Some things have changed but even today, collaborative thinking is equally important," he said.

Most people in the startup space make the mistake of looking at a project through a single lens, believe Satish. It is critical to give back, so that it benefits the community at large. This will help them solve scalability issues and other hiccups that come their way.

"Open source is an ethos, it's not just about license or source code. It's about all of us coming together and nurturing the open-source model, to keep it as a hotbed for collaborative thinking and creative outcomes," he added.

Different stages of tech in a startup

There are certain strategies that startups must follow at a fundamental level, but it is essential to know the different phases in tech that they face, shared Manish.

"The first is frugality – how much less can I pay for that tech, so that we sustain in the near future? The second phase is scalability. Can I have the tech that can scale me up from 100 customers to 1 million customers? The third stage is stability – I have 5 million or 10 million customers, can my tech be stable? The fourth piece is security. Most startups see it as a piecemeal approach, but it's essential to think of a step ahead," he added.

All in all, it is important to take everything into consideration to meet the high demands of customers. In the case of Monica, she believes that it is important to view any problem holistically and build it in a configurable fashion.

"Measure twice, cut once. Think through what needs to be done, plan more and get feedback from real customers. Customers get carried away, they need the right tech partner to discern," she concluded.