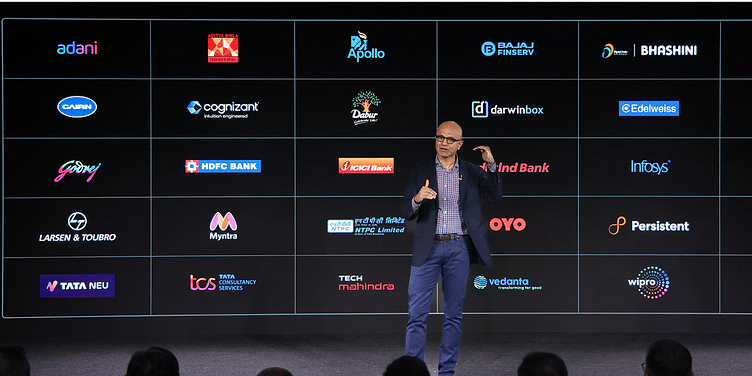 Satya Nadella said these technologies would become more integral to both individuals and organisations in the days to come.

Artificial intelligence (AI) and cloud computing are still in their early days, but they will become more integral to every aspect of human activity in the future, said Microsoft Chairman and CEO, Satya Nadella.

Speaking at Microsoft's Future Ready Leadership Summit in Bengaluru, Nadella said these technologies would empower both individuals and organisations in the days to come. He also said the big focus for Microsoft was to ensure that digital technology helped achieve more with less resources.

“Microsoft’s mission is to empower every individual and organisation on the planet to achieve more,” he said.

The Microsoft CEO said his company's task every day was to provide tools to the developer community to build something innovative.

How VMware is enabling enterprises to become cloud smart

Nadella said cloud computing continues to bring numerous advantages to enterprises, such as saving on energy costs and the ability to meet unexpected demand. He also pointed out that the usage of cloud native applications as a percentage of the overall applications used by organisations was still in single digits, highlighting the great potential for growth.

“One should not bet against cloud,” he said.

Commenting on the significance of AI, Nadella said the use cases of AI would increase in the days to come for both individuals and organisations. “It is fascinating to see how generative models are capturing the imagination of everyone,” he said.

AI, in future, would be used as a "frontline" or a "knowledge worker" to assist in various tasks, with the promise of greater productivity and creativity. However, he cautioned there would be certain unintended consequences, concerns on AI ethics and human preferences, as well as job displacement.

Cloud and AI models would require robust data infrastructure and computing power at a much bigger scale than what is currently available, said Nadella. “We would like to democratise access to these large models."

He also believed there would be a lot of innovation in the area of security moving forward.