Betting on outcomes of games will not be allowed; rules expected in Feb: MoS IT 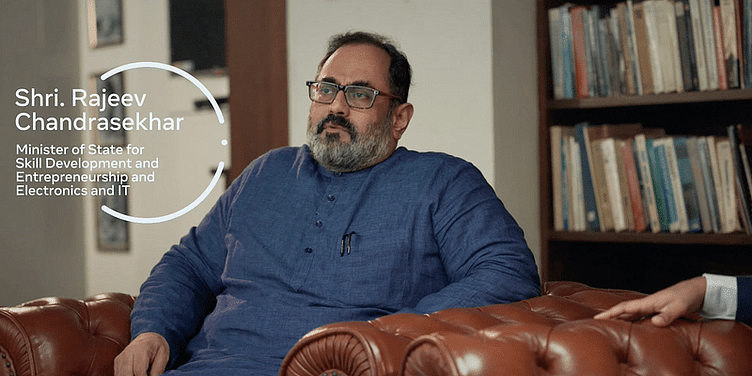 Online gaming companies will not be allowed to engage in betting on the outcome of games under the principle laid in draft rules, Minister of State for Electronics and IT Rajeev Chandrasekhar said on Monday.

The minister said that as of now, all permissible online gaming will need to be registered with a self-regulatory organisation that will be accountable to the online gaming rules.

"As per the principles laid under the rule, wagering on the outcome of [the] game will not be allowed. All online gaming companies will have to register with the self-regulatory body that will decide on the action required to be taken as per the rules," Chandrasekhar said.

The Ministry of Electronics and IT has published draft rules for online gaming companies and has invited comments on the same by January 17. The objective of the rule is to grow the online gaming sector and encourage innovation, he added.

In a statement, Nitish Mittersain, Founder & CEO, ﻿Nazara Technologies﻿, on the policy said, "We at Nazara believe this is a welcome step, where the Central government (and MEITY) have laid out their preferred approach to regulation of the gaming sector, especially skill-based real money gaming. There are a number of recommendations which will ensure safety of players and responsible gaming. In addition, it lays down a process by which the industry will self-regulate itself under the guidance of MEITY."

Govt proposes self-regulatory mechanism, due diligence for online gaming cos

Adding that the company will provide its inputs after further study during the one-month consultation period, he added, "However, on behalf of the Indian gaming industry as well as Nazara, our sincere thanks to MEITY and Shri Rajeev Chandrashekhar for taking this important step forward, and we think this can catalyse a lot of growth for the industry, which will in turn result in significant job creation as well as accelerate India's position on the global gaming map”

Sameer Barde, CEO, E-Gaming Federation, said that the proposed amendments "are a very constructive and promising move" and added, "The amendments emphasise on the constitution of a self-regulatory body (SRO), which would be registered with the Ministry of Electronics & IT, with a focus on light-touch regulation.

"Overall, we feel, these moves will eventually help the government establish a regulated and sustainable industry while promoting responsible gaming. We’re truly excited about the future of the online gaming industry and as a self-regulatory body, E-Gaming Federation looks forward to playing an active role in shaping the future of the sector.”

Welcoming the development, Saumya Singh Rathore, Co-founder, ﻿WinZO﻿, shared, "The sector would evolve to be more accountable and thus safer for the end consumers. The central framework would also put a pause to the knee-jerk blanket bans by states. A more predictable environment would attract increased investments, creating jobs and a new generation of the export industry from India."

She added that as the industry expands, driven by innovation in technology, growing culturally relevant IP creation, and increasing access to smartphones and high-speed internet in deeper Bharat, the requisite stability came just in time.

Speaking on GST, she said that it is the biggest survival threat for the entire industry as it has over 1,000 companies that are less than 24 months old and in early revenue stage. "We are hoping the government will continue to encourage companies to invest in technology and IP creation and consider the survival of the sector by retaining 18% GST on the commission—the only sustainable taxable model.“

(Quotes by Nazara, E-Gaming Federation, and Winzo have been added to this PTI copy for context.)