How City-Tech.Tokyo will congregate startups to create a sustainable future 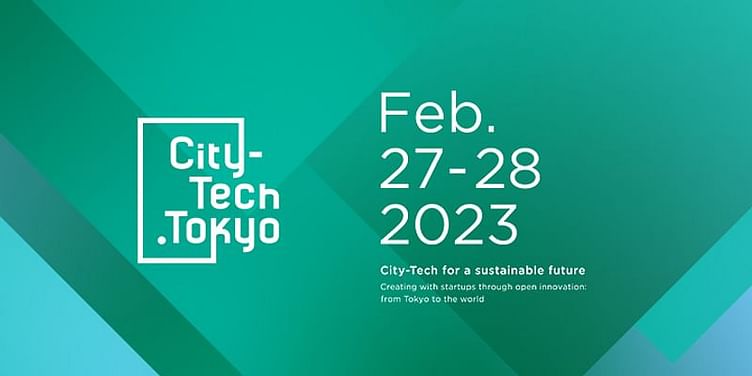 The Tokyo Metropolitan Government has taken the first step in the right direction by hosting City-Tech.Tokyo, a global event for startups to support startups’ challenge to create a sustainable society.

Climate change is a global phenomenon that is largely impacting urban life and has begun posing a number of challenges for the world’s leading cities. Tokyo is no exception. Realising these global urban issues, Tokyo is on a mission to provide the world with solutions to these challenges.

When it comes to urban problem-solving, Tokyo, a technology-savvy city, believes that entrepreneurs and startups should take advantage of networked ecosystems, powered by greater internet connectivity and digital resources, to improve people’s lives. In fact, the Japanese government is looking to invest 1 trillion yen in startups under its five-year startup plan while large corporations will continually invest in global startups. Reports predict that the next billion-dollar climate-tech startups will play a huge part in flattening the trajectory of pollution emissions in the hopes of getting the world back on track.

Given this context, the Tokyo Metropolitan Government has taken the first step in the right direction by hosting City-Tech.Tokyo, a global event for startups to support startups’ challenge to create a sustainable society. The event will also promote Tokyo's new startup strategy, ‘Global Innovation with Startups’, with the aim of realising Tokyo as the world's number one startup city -- one of the visions for 2040 set forth in the ‘Future Tokyo Strategy’, the comprehensive plan of the Tokyo Metropolitan Government.

Creating the future alongside innovators

The event’s organiser Deloitte Tohmatsu Venture Support (DTVS), which aims at “creating the future alongside innovators” is leaving no stone unturned to make the event a grand success. Leading DTVS is Yuma Saito, who has been instrumental in helping large corporations all over the world launch new businesses, as well as designing startup policies.

Speaking about City-Tech.Tokyo, Yuma Saito, CEO, Deloitte Tohmatsu Venture Support said, “We invite startups of all stages from different parts of the world to be part of City-Tech.Tokyo. From Japan’s point of view, we would like to connect global startups, improve cooperation to create new business opportunities and connect them to venture capitalists and large corporations.”

Yuma further added, “This is a very important year for the Japanese startup ecosystem. The Japanese government has been trying to accelerate the innovation ecosystem so the budget around innovation has increased dramatically. As for the Tokyo Metropolitan Government, it is looking for many startups to collaborate with them. I believe this event will be a great platform for large corporations to support global startups to make alliances so as to create new business with Japanese corporations.”

YourStory [YS]: For decades, Japan has been the hub for technological innovation and Tokyo is at the heart of it all. Can you share with us what has been done so far to make Tokyo a clean and sustainable city of the future?

Manabu Miyasaka [MM]: Since the year 2000, Japan has been working on a carbon-half policy. For that purpose, we have been setting solar panels in regular homes in Tokyo and are also selling electric cars. From 2025, Japan will only be selling solar electric cars. In terms of Tokyo as a municipality, we have provided basic infrastructure to our people – be it roads, water etc. But when you think about the basic infrastructure in a smart city, it's definitely the internet. So currently, we are working to create a connected Tokyo by providing internet service for everyone in the city.

[YS]: Can you tell us the purpose of hosting the City-Tech.Tokyo event?

[MM]:The primary purpose is to drive Japan and Tokyo’s economic growth, which is quite stagnant at present. So, we hope that startups can be a driver for growth. We look at transforming Tokyo into a city where many startups working on a global scale will be created, leading to new growth and employment.

Innovation is critical in creating a smart city. So not just the minds of the people, but also technology to actually create change is very important. Many cities around the world are currently looking for a sustainable model to survive. We would like to collect the best cases around the world and share that knowledge among the cities that are coming to this event. Also, with many city officials expected to attend the event, we hope to learn from these leaders how to make Tokyo a better city.

[YS]: Are you targeting startups catering to specific sectors or any startup with a nose for innovation can participate?

[MM]:We are targeting startups from the fields of infrastructure, environment, living and culture for this event. Living, as such, is a broad category, which includes fintech and medical. So, we hope to bring in a lot of innovation-related companies in this category. In that sense, this event has a very broad target.

[YS]: What is it that will attract startups to City-Tech.Tokyo?

[MM]:This event will be well attended by large corporates and industry and city leaders. For open innovation in a smart city, we need these key players to be present at the same place. So that might be something to attract global startups into Japan.

[YS]: What measures are being taken by the Tokyo Metropolitan government to make Tokyo the world's most startup-friendly city?

We are looking to provide financial support for startups. The number of Japanese CVCs in the world is in the top 10, according to a study conducted by CB Insights. While there is a funding winter around the world due to continued interest rate hikes, Japan’s CVC investment has not decreased due to low interest rates. In other words, there are opportunities in Japan.

Secondly, we are thinking of creating a space for early and pre-seed startups. Thirdly, we aim to have more projects by the public sector to enhance the demand for startups. Finally, we would like to let the other countries know about what Tokyo is working on and also to learn how technology is utilised in different cities around the world.

Want to be a part of City-Tech.Tokyo?