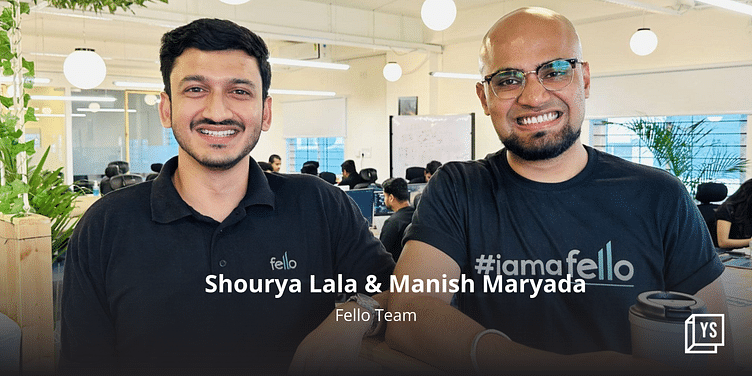 The startup will use the funds to develop unique gamified financial products, hire talent across functions, and expand its user base in Tier I and II cities.

The startup will use the funds to develop unique gamified financial products, hire talent, and expand its user base in Tier I and II cities of India.

Founded in 2021 by Manish and Shourya Lala, Fello incentivises users through gaming to save and grow their money with returns higher than their traditional savings accounts. The startup had secured $1 million in its seed round in November 2021.

“Presently, we have a user base of over 500,000, with 72% of customers coming to the platform organically through referrals," Manish Maryada, Co-founder and CEO, Fello, said. "We are confident that with our accelerated growth and expansion, we will be able to reach our target of five million users by December 2023.”

India has nearly 846 million internet users and nearly 433 million play games on their mobile phones. Of this, 75% of internet users are between the age group of 18-30, who mostly shy away from saving and investing.

“There is a tremendous market opportunity to bridge the gap in financial literacy and investing in a fun and gamified experience. We are incredibly bullish that there is a massive opportunity at the intersection of gaming and financial services in India," Kai Bond, Partner of Courtside Ventures, said.