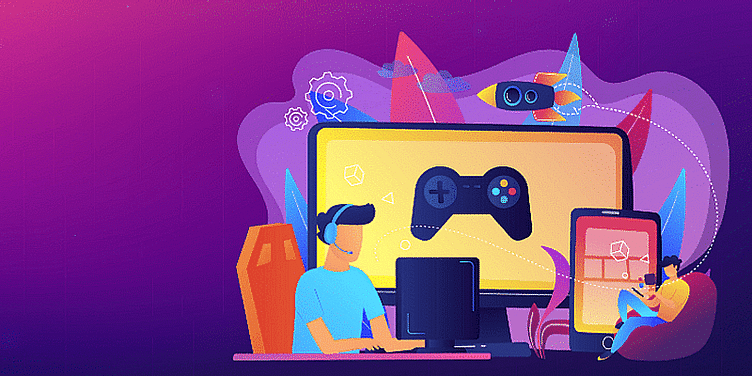 About 40 gaming startups, including game developers, are collating proposals to send to the IT ministry, particularly seeking to distance themselves from real-money gaming firms in the draft online gaming rules.

A group of mostly gaming studio founders has set up an “unofficial lobby body” as they race to provide suggestions on the draft rules for online gaming released earlier this month.

This lobby—comprising 35-40 gaming studios across India—will put forth a number of proposals before the Ministry of Electronics and Information Technology’s (MeitY) coinciding with its deadline for responses on January 17.

“In the last few years, the gaming studios’ side of the sector has not been very active,” Harish Chengaiah, Founder, ﻿Outlier Games﻿, told YourStory.

“We have not responded much to the gaming proposals or rules that have been suggested over the years, while real-money gaming firms have been very active about their concerns. Hence, the narrative is set for only one section,” he said.

This self-regulatory body, the ministry suggested, should classify each game as either a game of skill or a game of chance—a distinction that has come up in several legal hearings, largely applying to real-money gaming, or RMG, companies.

This unofficial lobby group, called the Consortium of Indian Video Games and E-sports Companies, will be submitting a list of recommendations to the ministry, the key point being to make a distinction between RMG companies and game publishers.

What will the proposals include?

Harish, who also consults on gaming policy and is largely responsible for setting up this group, said the lobby will seek, in particular, to highlight the distinction between gaming studios and RMG firms.

Gaming startups operating in fantasy sports and games that include rummy and poker typically make money through in-app purchases, advertisements, and fees charged on creating fantasy teams. This isn’t the case for non-RMG firms.

“The way RMG startups make money is very different from a studio like ours. We usually take a few years before pushing out a game, which means we have to wait a few years before making any money,” said Mayur Bhimjiyani, co-founder, Hypernova Interactive, who is also a part of the new consortium.

“The second part will address the government’s concern on video games, which is absolutely fair, because there could be age-inappropriate content,” said Harish.

The group will also consider issuing proposals on how to limit exposure of such content to underage gamers.

"India does not actually have legally enforceable age ratings for video games as PEGI (Pan European Game Information) is just used as a proxy measure,” Harish said. “There is a need to create for India keeping in consideration India-specific context while also making it legally enforceable.”

The third proposal, according to Harish, will be to limit underaged users’ access to in-app purchases.

Studios feel it is unfair for them to be clubbed with RMG firms.

For instance, the proposed blanket approach requiring an in-house redressal mechanism and KYC is not essential for a game developer or publishing firm, according to Suvigya Awasthy, Associate Partner, PSL Advocates and Solicistors. “It would most likely be an extra cost on these firms,” he said.

“Drafting these rules is definitely a step in the right direction. It means the government is recognising the gaming sector. But the policies need more nuance,” he said.

Roland categories most companies in AIGF under “pay to participate” games. “When the industry body was formed, most companies offered single format games,” he told YourStory.

There is also the Internet and Mobile Association of India, which was founded in 2004 and counts over 400 members, including from international corporations as well as the startup ecosystem.

There is yet no separate formal group or lobby dedicated to representing the interests of non-RMG gaming firms.

“It is definitely not black and white and nor do we want any sector to get banned. But a game developer’s IP (intellectual property), which is driven by a story, should not be categorised only under skill or chance,” said VK Samhith, founder of BornMonkie, a Hyderabad-based gaming studio that creates its own IP as well as for RMG startups including Sequoia-backed Mobile Premier League.

Disclaimer: This story has been updated to correct the name of a source quoted.