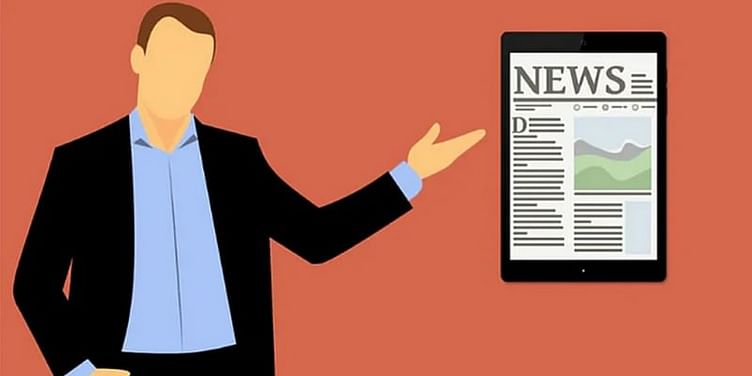 YourStory presents the daily news roundup from the Indian startup ecosystem and beyond. Here's the roundup for Sunday, January 1, 2023.

Food delivery app ﻿Swiggy﻿ delivered 3.50 lakh biryani orders on Saturday and the app dispatched over 2.5 lakh pizzas across the country, according to company sources.

Swiggy also said as per a poll it conducted on Twitter, 75.4% orders came for Hyderabadi Biryani, followed by Lucknowi-14.2%, and Kolkata-10.4%.

“With 3.50 lakh orders, Biryani was the top item that was delivered," sources told PTI. The app had delivered 1.65 lakh Biryani orders at 7.20 PM on Saturday. Bawarchi, one of top biryani selling restaurants in Hyderabad delivered two biryanis per minute on 2021 New year Eve and for December 31, 2022, it prepared 15 tonnes of the delicacy to meet the demand, restaurant sources said.

Swiggy said 12,344 people across the country ordered khichdi on New Year's Eve. On its grocery service Instamart, condoms were a hit. As of 9.30 pm on Saturday, it had delivered 2,757 packets. Swiggy also said 1.76 lakh packets of chips were ordered on Swiggy Instamart as of 7 PM Saturday.

Swiggy rounded up 2022 with a report revealing popular choices. Biryani ruled as the most-ordered for the

Meanwhile, its rival Zomato's co-founder and head Deepinder Goyal became delivery boy of the food delivery platform on the New Year’s eve. He shared the update on his official Twitter account and said he was going to deliver a few orders on himself. Later, in another tweet, he informed that he had got the first order from Zomato office itself. He wrote, “My first delivery brought me back to the Zomato office.”

DPIIT working on new industrial policy; proposes scheme for Made in India brand

The Department for Promotion of Industry and Internal Trade (DPIIT) is working on a new industrial policy that proposes to increase financing sources for industry and a scheme for promoting Made in India brand, PTI sources said.

It has suggested various ways for wider access to finance for the industry such as setting up of a development finance institution to provide finance at competitive rates and considering using some part of foreign exchange reserves for such funding.

The draft - Statement on Industrial Policy 2022 Make in India for the world - has been circulated to different ministries for their views and comments.

The proposed policy, sources said, is aimed at addressing issues and challenges of industry through certain policy measures to foster and create an innovative and competitive industrial ecosystem in the country.

About the scheme for Made in India brand, they said it could serve as a platform for manufacturers to demonstrate local value addition which can enhance the country's credibility as a source of quality products.

Other suggestions in the proposed policy include providing performance-based loans and incentives for innovation and green growth; leveraging fintech; encouraging MSMEs to choose the corporate bond market; and accepting intellectual property rights as collaterals for loans.

Further, the draft suggests rolling out social security schemes for women workers, and inclusion of labour-intensive industries under the production-linked incentive scheme. On nurturing innovation, it has proposed the creation of innovation zones at the level of urban local bodies and the formulation of a national capacity development program.

Electric two-wheeler sales could miss the target of 10 lakh units in fiscal 2022-23 by 20%, mainly due to withholding of around Rs 1,100 crore subsidy by the government, according to industry body SMEV.

In 2022, sales of electric two-wheelers stood at around 6 lakh units, with three major electric two-wheeler (E2W) makers—Hero Electric, Ola and Okinawa—crossing the 1 lakh annual sales mark for the first time, the Society Of Manufacturers Of Electric Vehicles (SMEV) said.

These original equipment manufacturers (OEMs) dominated the E2W market, controlling over 50% of the total market share, and emerged as the top players in the category.

Though the E2W industry performance in the calendar year 2022 looks positive with sales of around 6 lakh units, "the volumes are not keeping up with the projections made by NITI Aayog and many other research agencies", SMEV said.

SMEV Director General Sohinder Gill said sales for the nine months of the current FY23 ending December stood at around 5 lakh units and "there could be more than 20% shortfall in the projections made by NITI Aayog of 1 million units for the full FY23".

"Multiple factors have contributed to the sales curve falling in the last two months of the year, the foremost being the blockage of Rs 1,100 crore plus subsidy of majority of the players for many months that has squeezed the working capital of major OEMs," he said.

Gill further said, "More worrying is that this slowing down, unless resolved quickly, may adversely affect the FY24 volumes that are projected to be 2 million plus units."