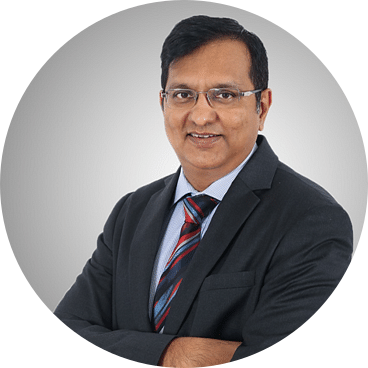 Gopal, an Engineer in Computer Science from BITS, Pilani and a Post Graduate Diploma in Management from IIM, Calcutta has over 24 years of professional services experience. As the CEO, Gopal drives the Business, Delivery, Technology and People strategies at MeritTrac. A sound understanding of impact of technology coupled with experience of driving Enterprise and Consumer businesses for large corporate help him power the future growth of MeritTrac. He is part of the executive team of Beyond Carlton an NGO focused

Gopal was previously the Senior Vice President at Manipal Global Education (Manipal). He was responsible for Digital Initiatives across the company as well as the Consumer

business. Earlier he was with Manipal Health Enterprises where he was responsible for operating the various hospital units & incubating new growth engines which include

Technology based Healthcare Delivery. He has been with the Manipal Group since April 2014. Prior to Manipal, he has spent over 15 years at Infosys and 7 years in Kotak. At

Infosys, Gopal has played various roles ranging from managing a business, developing corporate strategy as well as business development. His last role there was as Vice

President, Products & Platforms. Currently, he is the CEO of MeritTrac.