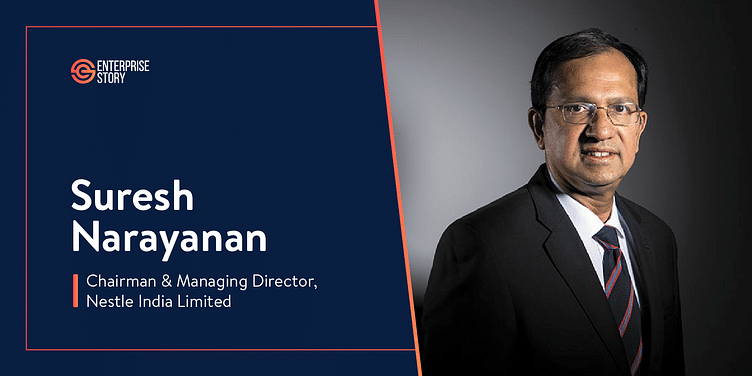 FMCG company Nestle India has consciously chosen to up-skill digital professionals in the organisation to support its board of directors in its cloud journey, said Suresh Narayanan, Chairman and Managing Director of Nestle India, at the NASSCOM Cloud Summit 2021 on Wednesday.

The company has been hiring specialists in data analytics and sciences, who work closely with Nestle India's board of directors, Narayanan said. "They are able to be a sounding board in discussions around investments, and the kind of organisational transformations that need to take place."

The division now looks at nation-wide trucks movement, and tracks transportation for optimisation in terms of movement across factories and raw material sourcing. "All this is being done by a team of digital specialists—not by transport specialists," he added.

Narayanan also delved on the transformation on the demand side. “Many of Nestle’s customers are getting fully digitised." he asserted.

"We deal with both organised trade, and people in the less-developed trade. The degree to which points of sale data, order aggregations, and mechanisms to enable orders and merchandise are spread across India is eye-catching,” Narayanan noted.

Nestle spends anywhere between 30 percent and 50 percent of its brand budgets on digital, he said. "Most of our consumers are fairly young and technology-savvy," Narayanan said, adding that the user group in India with the proclivity to shop online is around 140 million people.

"This has forced companies to think of moving out of the almost legacy-driven kind of digital enablement into real-time technology enablement in the consumer space." he added. On the infrastructure side, Nestle has taken 50 percent of its business operations to the cloud under a platform called 'Journey to the Cloud', which has been around for around three years.

As part of its digitisation journey, the company is looking to set up a factory in Gujarat that would be entirely digitally enabled, and go paperless.

While the company has been able to embark on this journey without any glitches so far, the pandemic has brought new risks like cybersecurity threats and changes in regulatory frameworks.

Narayanan said the company has been responsive to the new paradigm globally. “At Nestle, we have a cyber-risk operations team, globally, that operates 24x7, and it also has a footprint within countries that constitute South Asia, to really look at real time cyber risks. There are frequent audits that are done to ensure that we do not expose ourselves,” he explained.

How VMware is enabling enterprises to become cloud smart