Meet Falu, the Indian mum who made it to the Grammys by answering her son’s questions in song 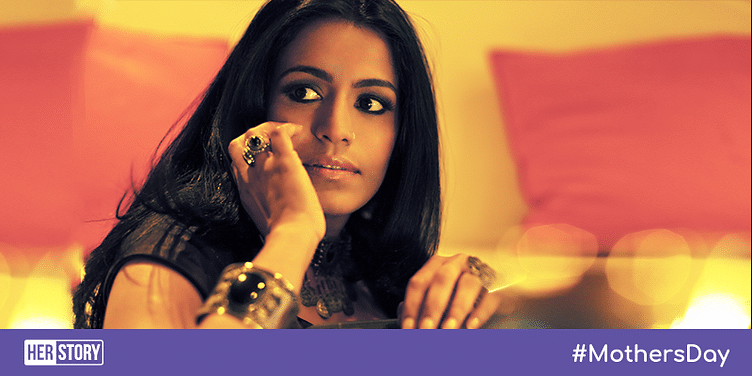 New York-based Falguni Shah launched her musical album ‘Falu’s Bazaar’ for children which has 12 songs about about food, languages, culture and people in India.

What do most mums do when their children ask question after question? We can’t say about everyone else, but Falguni Shah, better known as Falu, launched a music album! As that’s not it – her album, Falu’s Bazaar, got her nominated for a Grammy in 2019, the only Indian woman to get a nomination.

As an Indian living in the US, Falu’s son - four-year-old son Nishaad – kept asking her about their food, language and culture. He would ask why they ate certain things which his friends in school did not, or why things at home were different from than others at school. Using her musical instincts and training to answer her son, Falu launched the album ‘Falu’s Bazaar’ in February 2018. The 12 songs in the album narrate the story of a fictional Indian child who goes to an Indian bazaar and discovers many new things and languages in the market.

We interviewed Falu this Mother’s Day. Below are edited excerpts:

HS: Tell us about your early days in Mumbai. How would you describe yourself as during your school and college days?

Falguni Shah: Quiet and unnoticed. Growing up in Mumbai, I would listen to my mother humming ragas. After a few years, I found myself charmed by RD Burman’s hits and The Beatles. I trained under Kaumudi Munshi and Uday Mazumdar, who taught me Gujarati folk music, ghazal and other genres that were not purely classical. This was followed by a Hindustani classical music training under sarangi maestro Sultan Khan, and later from the temperamental Jaipur-Atrauli doyenne Kishori Amonkar.

FS: At the age of six, I got in a bike accident and the pain was unbearable to cope up with, it so my mom told me to just sing. I never stopped singing after that day, and went on to become a professional musician. I got my Master’s degree in Indian Classical Music, and learned Western music as well. When I came to the US, I created a new genre in music called "Indie Hindi", which became popular, and I went on to record my first album, FALU.

HS: What were some of the challenges that you faced before you recorded your first album?

HS: Tell us your journey from the first album to your nomination for a Grammy in the Best Children’s Music category.

FS: I made my second album Foras Road in 2013 that drew from folk, classical and semi classical music of India in six South Asian languages. It was noticed by AR Rahman's team, and I had the opportunity to work with him in the US. We even sang at the White House for President Barack Obama's first state dinner for Indian Prime Minister Manmohan Singh. It has been a journey of some amazing moments and some failures, but I enjoyed and welcomed both.

HS: What comes to mind when you think of your achievements?

FS: I have so much to achieve, and this is just the beginning.

HS: What next? What are your upcoming projects?

FS: I would love to get an opportunity to come and sing in India. That is a dream I dream every day. One day it will happen. My next project will draw from beautiful Urdu poetry (Ghalib and other ghazals as also Sufi masters) and I will present these in a way that speaks to the 21st century global audience. I love the complexity and depth of this poetry, and the comparisons with Shakespeare and other Western poetic styles is obvious.

Also Read: AR Rahman is extremely fun to work with and brings out the best in me, says singing sensation Jonita Gandhi

The best of YS Weekender: Rapping with Naezy, Museum hopping, and a gift for Junior Bachchan