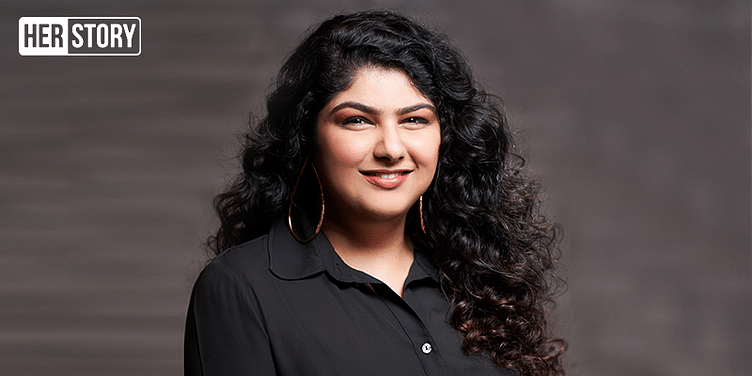 Her startup Fankind connects celebrities, charities and fans. The startup helps fans to engage in activities with their favourite celebrities and these range from paintball, baking to gym sessions.

When I get on a call with Anshula, she admits to being on a rollercoaster of emotions. There are the proverbial butterflies in the stomach, it is her first venture after all, and one that involves celebrities and causes.

“The few hours after the launch felt surreal. It didn’t register for a while that we were live, and people outside my network were seeing it. I kept on laughing and crying at the same time. I have been waiting for this for about a year now and I am grateful for the opportunity that has made my dream come true,” she tells HerStory.

Fankind gives fans the opportunity to experience a fun activity with their favourite celebrity while supporting a charity and donating to a cause. This year, Anshula aims to help 30 NGOs raise funds. With the support of Give India, an online donation platform, Fankind plans to create a micro campaign for every NGO it associates with, to understand how the money is being used, and the legitimate  impact update that it receives from them to ensure there is completely transparency.

At present, Fankind has 15 celebrities from the entertainment world such as Varun Dhwan, Alia Bhatt, Sonakshi Sinha, Badshah and many other actors, singers, directors, musicians and even YouTubers like Prajakta Koli.

It is important for you to be ‘you’, says YouTube influencer Prajakta Koli

Though her current focus is on the entertainment industry, Anshula says she plans to tap into influencers in other fields like sports, culinary world, business, and fashion. “At the end of the day I believe your role model goes way beyond a celebrity who acts in a film and it will be great to see Fankind venture into these segments and sectors,” she adds.

Fankind is open only to those living in India, but Anshula says at the end of one year, she has plans of going global and also extend it extend it to brands and products as well. “The term fan is subjective. I could be a fan of an actor but I could also be a fan of a brand or a product. So I want to take this year to explore and expand the whole idea of what a fan is and take it to intangible brands and products as well.”

The idea behind Fankind is simple and straightforward. Anshula says, “It started with me wanting to spread joy and happiness and that translated into a startup. It combines the love fans have for role models and celebrities and also their desire to give back to the community in any way they can.”

She started working on it in July 2018 and it has taken her a year to put it all together. “I have done this almost single-handedly, it has taken a lot of blood, sweat and tears.” Right from getting partners on board to making the website secure, to ensuring a great balance between entertainment and philanthropy, Anshula has enjoyed every moment of the starting up process.

The courage to start up

Though Anshula’s family is an integral part of Bollywood, and unlike her brother, she has stayed away from films. She has a degree in Urban Studies from Barnard College of Columbia University and has worked with Google, and with Hrithik Roahan’s brand HRX. Wanting to give meaning to her own dreams has taken a lot of courage on her part.

“The long term dream that I have always had is to be my own boss. But it has taken me a little while to get the courage to start working on that journey. The first step was to secure a cash flow so I could take this small idea and turn it into a brand. As a first-time entrepreneur I realised I can trust myself and my decisions and I don’t have to second guess everything I do and how counterproductive it gets when I over think and try and second guess my own decisions.”

Getting rid of these inhibitions is something she has overcome in the process. Though her brother is an actor, Anshula has chalked out her own path and dealing with celebrities hasn’t been a cakewalk.

“Getting the brand ready to actually go to a celebrity, singer and actor and pitch Fankind to them in the hope that they will say yes was daunting in the beginning.” However, most celebrities accepted her idea immediately.

She adds, “Varun Dhawan was the first to say yes and that gave me a foot in the door. Things started moving faster once I had him on board. We know how busy celebs are and to get their time was important. We also needed an hour of their time to record videos for promotions.”

The other crucial element she had to take into consideration is to strike the right balance between philanthropy and entertainment.

“Balance is key – Fankind cannot come across as frivolous or a purely philanthropic initiative. On a shoestring budget, our task is also to  create content that is both entertaining and engaging time and also comes from a place with a good heart.”

Anshula is happy to have kickstarted the project with a lean team.  After the launch she is looking to grow her team.

Meanwhile, the amount of love she has received on social media has been overwhelming. “The wonderful response has really put me at ease  and it’s onwards and upwards from here.”