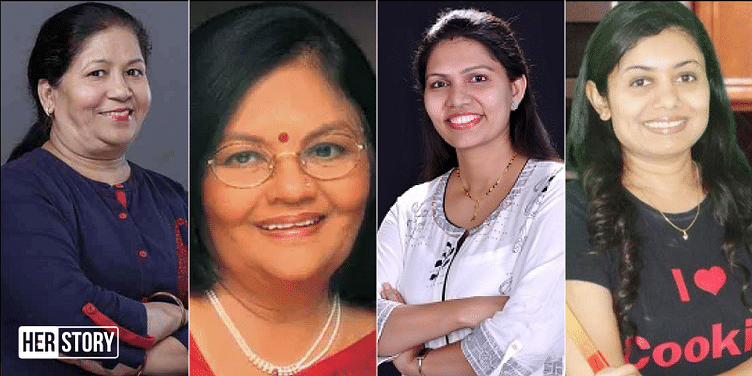 Leveraging YouTube as a medium, these four women have made a name for themselves in the world of food. With millions of followers, find out what’s cooking on their YouTube channels.

Using YouTube and food to reach millions, these women who were either stay-at-home mums, or quit their careers are now earning well and haven’t looked back since they started their own YouTube channels.

We look at some of the women whose recipes have been seen and tried by so many people across India and the world.

Nisha Madhulika’s YouTube channel is named after her and has a 7.5 million subscriber base. The 60-year-old has been active since 2011 and has been churning recipe after recipe of Indian vegetarian food. She shot her first video and uploaded it on YouTube on May 16, 2011.

Nisha had been helping her husband in his business but decided to do something while at home and started a food blog on Indian vegetarian recipes in 2007. Given the popularity of her blog. she took to YouTube and hasn’t looked back since.

In an interview to YourStory in 2016 she had said, “Itna toh mein kama he leti hun jitna kisi IT top executive ki salary hoti hai (I probably earn something close to a top IT executive’s salary).

Kabita Singh’s YouTube channel called Kabita’s Kitchen has 5.4 million subscribers. Kabita gave up her banking job to look after her son and since she had time she decided to pursue her passion for cooking. Kabita’s aim is to keep the recipes simple so that everyone can cook.

She posted her first YouTube video on November 2, 2014, and her channel has grown rapidly over the years.

In an earlier interview to HerStory Kabita said, "Making a YouTube video doesn’t need fancy equipment or a lot of money. You can just use your phone to shoot videos. YouTube is the best platform for you if you’re sitting at home and getting bored, because you can earn a good amount of money with a YouTube channel. You won’t feel like you’re wasting your time, no matter what you do - be it cooking, art, or anything else. There is always an audience for everything," she adds.

Bhavna’s Kitchen has 8,55,000 subscribers and she started it to pursue her love for food. Bhavna has exotic vegetarian cuisine recipes from all around the world but with an Indian twist. She started in April 2017 and is based out of the United States.

A mother of two, she also has herown range of kitchen merchandise.

Tarla Dalal’s Kitchen channel has 7,96,000 subscribers. Though Tarla Dalal is no more, her recipes live on and her team continues to grow the channel. Tarla Dalal has written around 170 cookbooks and is a household name. She started her career way back in 1974 with her first cookbook and went on to run India’s largest food website. Her most popular shows were the The Tarla Dalal Show and Cook it Up With Tarla Dalal.

Awarded the Padma Shri by the Government of India in 2007 and keeping upwith the times she started her YouTube channel in January in 2012.

Her YouTube channel is still growing and garnering views from her extensive audience.

These women show that from their homes, they managed to pursue not just their passion and love for food but also turned it into a fulfilling career and a good source of income. If they can do it, so can you.