Meet these 5 interior designers who are creating meaningful spaces 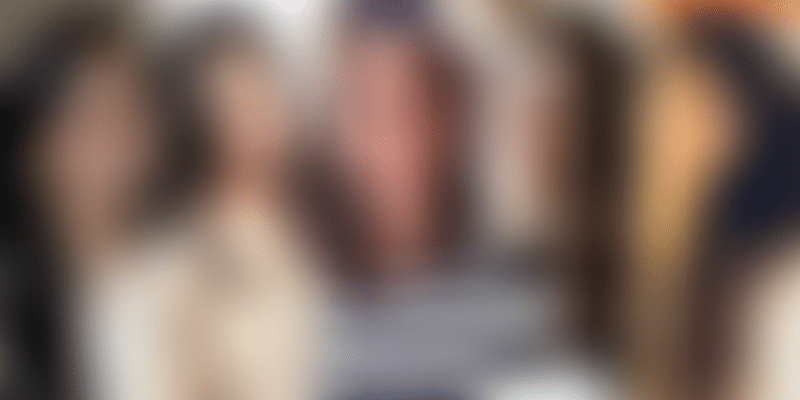 These five women entrepreneurs are making waves in the interior decor space with their keen sense of aesthetics and creativity.

Interior designers and architects shape and transform spaces to give them meaning and purpose. With fast-changing lifestyle trends and environmental concerns, the industry is home to innovative and creative solutions.

According to the National Design Competitiveness Power 2008 report, India ranked 15th overall in the world for its design capabilities. India is also one of the few countries to adopt a National Design Policy. The Indian design industry is on a maturity curve right now. There has been a spurt in both design companies and design education, according to CII.

With urban design gaining prominence in the country, we take a look at women designers who are creating waves in the industry with their strong sense of aesthetics, design, and creativity.

Anuradha Aggarwal started Olives Cre in 2016 banking on 12 years of experience in the design industry. Olives Cre specialises in three distinct styles - classical, contemporary, and fusion. Her star-studded clientele is evidence that she has built a prominent brand.

Anuradha designed a penthouse in Vadodara for cricketer Hardik Pandya and politician Waris Pathan’s Mumbai apartment. The Delhi University graduate says that building a niche for herself in the industry was her biggest challenge and achievement.

Based in New Delhi, her design studio with a team of 75 people - majority of whom are women - has its own line of furniture, lights, and artefacts.

She has won several accolades like the Best Interior Designer Award at the Vande Mataram Karma Awards 2018, and the Society Excellence Award 2018 for excelling in the field of interior design. With the aim of making Olives Cre a global brand, she has recently set up an office in Dubai.

In a brief period, Saniya has made a mark in the industry, with a body of work that blends the old with the new. She has designed spaces for renowned names like DY Patil and Aditya Thackeray, and worked on providing creative solutions for boutique hotels and high-end retail stores. Believing strongly in sustainability, she also worked on designing The Bar Terminal, a 95 percent recycled and repurposed restaurant.

Saniya was awarded the Femina Women’s Super-Achievers Awards in 2018 for her outstanding work in the field of Interior Design. She is now taking her business global with projects in New York’s Upper West Side and Dubai.

Rohina Anand Khira took over her father’s export factory, Ajay Anand Living, in 2009 and rebranded it as AA Living. She has now transformed the company into a global interior decor and lifestyle brand.

After graduating in Woven Textiles from Leeds University in 2009, she revamped the export factory showroom into a high-end boutique brand by shifting the focus to exclusive décor design, branding, and visual merchandising.

Rohina’s work has also been recognised with several awards like Elite Magazine “Woman of the Year 2019” as one of the 35 most respected and influential women achievers and entrepreneurs, Kidsstopress.com Best Kids Decor Store Award in 2015 & 2016.

With her passion for lifestyle, she also writes a blog on the latest design and lifestyle trends in the interior design industry. She is also an Instagram influencer with over 90,000 followers.

From the age of 15, Pooja Bihani was sure that architecture was her passion. After graduating from the College of Architecture in Kolhapur, Bihani started her career as a designer with Sunil Tainwala of Aarteg in 1999. In 2006, she started her own practice Spaces & Design.

Based in Kolkata, she has built a diverse portfolio with residential, commercial, and lifestyle projects. With her design mantra, ‘Constantly Innovate’, Pooja has expanded her portfolio to cities like Mumbai, Pune, and Bengaluru. But Pooja credits Kolkata for being a constant source of inspiration for her work.

She has designed several luxurious spaces like the famous copper-toned duplex apartment for the Poddar family in Kolkata, restored the Palace of Belgadia into a boutique hotel, among others. She has also designed corporate offices for ESPN, Star Sports, Kabra House, and lifestyle décor work for The Factory Outlet, Tiffin, Pitter Platter, Juice Spa and Salon, and Tree of Life to name a few.

Akhila Srinivas is a trained architect and urban designer with degrees from RV College in Bengaluru and Columbia University in New York. She was keen to create a contemporary urban space to nurture and influence the creative minds of artists, chefs, musicians, students and fitness enthusiasts - all in one place.

And that is why she designed ‘The Courtyard’, “an urban oasis of culture, community and creativity.”

Along with M9 Design Studio, Akhila used classical south-Indian architecture and vernacular styles to give it an old-world charm.

The Courtyard, situated in the bustling Shanti Nagar neighbourhood of Bengaluru with its vast open space, provides breathing space in the city’s arterial area. The cafe in the space makes it a perfect place for a working lunch, or a casual but elegant dinner or lazy weekend all-day dining.

Women’s Day: How these 5 women entrepreneurs started small but went on to become huge successes in their fields

Women of the Pandemic: Kiran Mazumdar-Shaw reveals her experience, learnings from the crisis

One person, several roles: Tips to juggle work and womanhood