From Sudha Murty to Kiran Mazumdar-Shaw, Anu Aga, and others, meet the women who are supporting various philanthropic causes around the world.

Entrepreneurs around the globe are helping millions of people with financial aid and support. Women entrepreneurs are also high on this list, contributing their mite to the betterment of humanity, in fields as varied as healthcare, governance, among others.

We look at women leaders and women entrepreneurs women who are inspiring change, and helping transform the world, one cause at a time.

Here are six women leaders and entrepreneurs who are enabling social change through their generous efforts.

Melinda Gates is the co-chair of the Gates Foundation along with her husband and Microsoft founder, Bill Gates. Melinda has created a legacy as a philanthropist and devoted herself to causes around the world. After setting up the Foundation in 1999, she began by providing computers to public libraries.

She was also instrumental in expanding the mission of the Foundation to include alleviation of global poverty and providing healthcare. The Foundation now assists in disease prevention and care for diseases like malaria across the globe. Gates donated $50 million during the outbreak of the Ebola crisis in Africa in 2014.

She continues to be a strong advocate for affordable healthcare and sanitation facilities in under-developing and developing countries. Gates believes that everyone should use their voice, network, and influence to create and a difference.

Sudha Murthy, the Chairperson of Infosys Foundation believes that philanthropy is not mere financing, it needs a compassionate heart. True to her belief, Murthy has been one of the most generous hearts in Indian philanthropy.

She has devoted herself to education, poverty alleviation, healthcare, sanitation and public hygiene, arts and culture, and more. During the floods in her home state of Karnataka, she donated Rs 25 crore for Kodagu floods in 2018 and Rs 10 crore in 2019.

After the passing of the CSR Bill in Parliament, the Foundation was one of the first organisations to begin CSR activities in the North-Eastern states. She has also donated to educational institutes like IISc, Institute of Mathematical Sciences and AIIMS to provide quality higher education in the country.

The Biocon Foundation funds research for cancer cure and diagnosis. It also subsidies and provides free treatment to low-income families. She also sponsors two Oncology fellowships at Koch Institute at the Massachusetts Institute of Technology each year.

Anu Aga, former Chairperson of Thermax, is on a mission to provide education to underprivileged children in India. Aga’s philanthropic philosophy of combining financial support and personal involvement has made her one of the most influential figures leading philanthropic efforts in the country.

Between 1996 and 2004, she allocated one percent of all her profits to charity. The Thermax Social Initiative Foundation (TSIF) runs nine primary government schools in Pune and Mumbai along with the Akanksha Foundation. She financially supports educational causes like Teach For India and GiveIndia.

Leila Janah is the founder of two social enterprises - Samasource and LXMI that provide employment to the underprivileged in Kenya, Uganda, Haiti, and India. The 35-year-old Harvard graduate believes that rather than viewing people victims of poverty, we must look at opportunities to help them make a decent wage.

Janah provides employment in these countries through outsourcing by Samasource. She also runs Samahope, a crowdfunding site that provides medical treatment to the poor.

The programme raised more than $1 million to fund critical care for almost 17,000 women and children in 11 countries before it merged with Caring Crowd, a crowdfunding platform run by Johnson & Johnson.

She founded Malaika, a non--profit organisation that champions the cause of girl’s education. Through her NGO, she runs the Malaika School in Kalebuka, Democratic Republic of Congo. The school provides free and comprehensive education to 340 girls in the village.

She collaborated with FIFA to build a community centre in Kalebuka that provides health, education and sports programs to adults and youth. She is also an ambassador for The Global Fund to Fight AIDS, Tuberculosis and Malaria and along with other ambassadors uses the platform for raising awareness and funds for medical care. 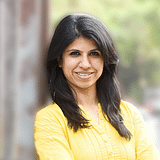 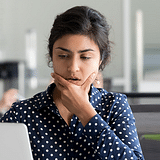 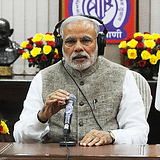 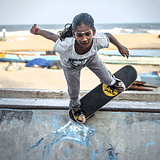