Why female factory workers do not report on cases of sexual harassment: a deeper understanding 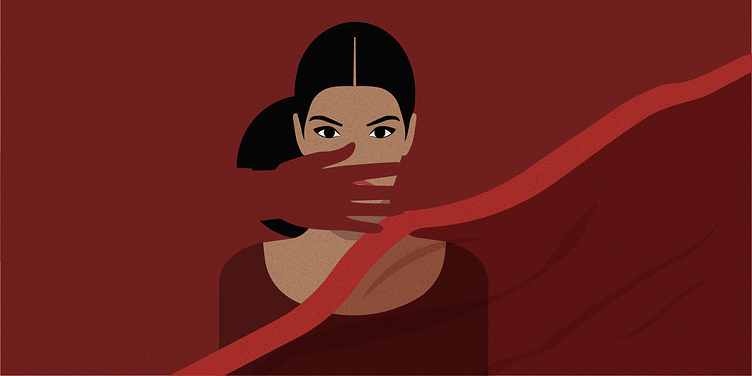 The study found that most women chose not to report sexual harassment to management because of stigma, fear of retribution, embarrassment, lack of awareness of reporting policies, or lack of confidence in the complaints mechanism.

The first National Women’s Day was celebrated on March 8, 1909. It was the year when women in New York city’s garment industry went on strike to protest unsafe conditions and unfair employment practices. It was one of the historic and the largest women movements called the “uprising of 20,000”. The strike was settled with the demands of improved wages, working conditions, and hours being met.

It’s important to remember that it was women who were working in the industrial areas who started this movement. Decades later we see that the conditions of women working in garment factories have still not been uplifted.

Women leaders continue to advocate for equal pay, an end to gender discrimination, and violence against women. However, the plight of women from marginalised groups has not been amplified enough. Especially when we look at women working in factories. With rampant levels of an environment that harbors sexual harassment are other social issues that add fuel to the fire.

In India, the Sexual Harassment of Women At Workplace (Prevention, Prohibition And Redressal) Act, 2013, came into existence due to the struggle of a woman in the informal sector. The Vishakha guidelines which got codified into law have resulted in top companies in India shifting their policies to comply with the Act (commonly known as PoSH). The corporate sector has implemented the law in its workspaces resulting in a shift of women now being able to report cases of sexual harassment. However, industries that employ women from socio-economically poorer sections into their workforce require to pay more attention to the implementation of the Act.

A 2017 survey by the Indian National Bar Association of over 6,000 employees - the largest conducted so far in India—found that sexual harassment was pervasive in different job sectors, ranging from lewd comments to an outright demand for sexual favors. The study found that most women chose not to report sexual harassment to management because of stigma, fear of retribution, embarrassment, lack of awareness of reporting policies, or lack of confidence in the complaints mechanism.

The anticipation of fear of losing work, social stigma, or a lack of an effective complaint mechanism at the workplace further acts as a roadblock. To help elucidate this further, women workers are often first-generation workers who fight a lot of stigmas to be able to leave their houses to work. If the workplace brings any form of trouble especially in the form of sexual harassment which is stigmatised in their culture. It will often result in victim-blaming and loss of work avenues.

The social stigma attached to sexual harassment has its roots still in most developed countries, reporting of such cases often costs the victims more than the perpetrators. Often the female workers see such behavior as unfair and deeply disturbing, but inevitable and an extension of the ‘normal’ behavior they experience outside of work. They feel ashamed and embarrassed, often keep silent for fear of making things worse, risking their reputations, or damaging their marriage prospects.

We also see that to be able to report cases of harassment, should be able to build trust with the management and the remedial process. Often the management and the workplace have more men than women. It’s very difficult for a woman from that social background to talk to a male figure/colleagues let alone report sexual harassment. There’s a disproportionate number of women that are employed at such units. The lack of more women being employed in authoritative positions at factories results in women workers imitating submissive roles, depriving them of the opportunity to aspire for leadership roles.

Another factor that plays a huge role in the prevalence of sexual harassment is the lack of impunity. Male management workers often exercise power/authority as a means of acquiring benefits and advantages over women. Leaders need to implement a culture of impunity to ensure that the management displays no tolerance towards such abusive and coercive behavior.

In a report by the Human Rights Watch, one such case was cited where “An Indian garment worker cited in the report said her supervisor repeatedly called her cell phone after work hours asking for sexual favors, promising that he would give her a lighter workload and sanction time-off whenever she wanted.”

As part of the larger diversity policy of the organisation, it is critical to creating opportunities and policies enabling women to take on valued positions. This allows for more representation of women in the workplace, hence also creating an active space to voice their concerns. Even though in many factories there’s an existence of the redressal mechanism workers often can experience the process itself as a form of harassment and could be discouraged from using it. For example, a factory in India followed the practice of sending workers who filed a grievance to the “head office” for inquiries. The head office was located far away.

The meaning of inclusivity has changed from just “allowing women to be a part of all workplaces” to safeguarding and promoting their right to have access to all these avenues.

When we are re-looking at internal gender equity initiatives, it is important to extend the rights, safety, and protection guaranteed by law to every worker across all levels of the organisation.