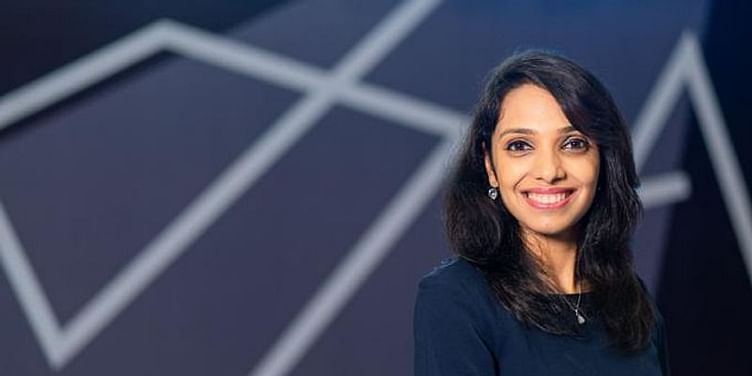 In conversation with HerStory, Parineeta Rajgarhia talks about her journey of being an investment banker, mompreneur, and now a gaming entrepreneur.

When Parineeta Rajgarhia went on a holiday to South East Asia in 2019, she was introduced to Zero Latency, warehouse-scale, free roam, multi-player virtual reality entertainment. It was her first experience of VR gaming at such a large scale.

“I was completely blown away and I knew this is what I had to do. On returning to Mumbai, I got in touch with Zero Latency, which is based out of Australia, and pitched the idea of founding the whole concept in India,” says Parineeta.

“The idea of free-roam virtual reality users to move freely in an open space and not be constrained by cables and other immobile equipment was new to me,” she adds.

This led her to start Samrey Entertainment in Mumbai in 2019.

An MBA from IBS Hyderabad, Parineeta worked as an investment banker until her pregnancy. During her maternity, she founded Needle Art, a company that offers bespoke embroidered fashion (indo-western and western) for women and children. While entrepreneurship wasn’t new for Parineeta, gaming was.

She says, “It is something revolutionary and VR is the future of gaming, and that’s how the idea of getting this to India cropped and here we are – with the mind-blowing revolutionary experience, in Mumbai. So I decided to start Samrey Entertainment, the licensed partner to bring to India ‘Free Roam Virtual Reality’ experience for the first time ever.”

Zero Latency has incorporated the social element in the VR experience by accommodating up to 8 players in the same game at the same time. As of March 2021, Zero Latency is present in 46

From banking to psychology, how Garima Juneja was able to build a mental health startup during the pandemic

“Entertainment and outdoor activities are limited, but a gaming activity clearly brings in a lot of engagement and interaction. In India, gaming has started picking up. Initially we would think it was restricted to children, but that isn’t the case when we look at the way interactive games like PUBG got people involved. It is the social element that is core to gaming. These experiences already exist in the US, Europe, and South East Asia, and is now coming to India too,” says Parineeta.

“These experiences are life-like where players play in a very social environment. This moment you’re living in your own world, the next you’re lost in a virtual world,” she adds.

But the task was challenging initially as finding a place in Mumbai to house a free roam VR space was tough. “I was nevertheless very sure that this was needed. It meant going through different spaces and understanding if we can build the compliances. We finally decided to build the space in Mumbai, and we saw a growth in the end of 2019,” says Parineeta.

Apart from finding the space, there were some unconscious biases that Parineeta had to face as a woman entrepreneur. “People don’t usually associate gaming with girls. So every time I spoke to people, they would wonder why I looked at gaming. But I didn’t let anything bother me and I went on doing and showing what I could. It is very heartwarming to see young girls celebrate their birthday parties there,” says Parineeta.

While the business was growing, the pandemic happened, and Maharashtra has been one of the worst hit states. Parineeta explains the minute the business started picking up, they had celebrities like cricketer MS Dhoni come in, and the state went into a complete lockdown. She explains,

“The impact was hard, but here is where my investment banking came to my aid. We have been frugal and our team was small, so we have been able to pull through and manage. When things had slowly started improving, the second wave hit us and we had to shut operations. However, we have taken every possible safety and compliance precaution. These, in fact, were already in place. The backpacks are cleaned and sanitised after every use, so are the jackets and the gear. The space itself is thoroughly sanitised,” says Parineeta.

While she admits that the segment has been hit, they don’t have plans of going digital at present. Parineeta says the games are purely based on the experience in a VR space. Since these are non-cable run games, they are different.

According to IBEF Research, the gaming industry in India is growing exponentially and is expected to reach $3.7 billion in size by 2030. Startups like Escape Rooms are also working to bring different simulated gaming initiatives to India.

“We believe there is a large market, and once the city opens again, people will look for avenues to step out,” says Parineeta.

Despite disability and challenges, Sangita Desai inspires with her entrepreneurial spirit

The fascinating evolution of Indian women's fashion over the years

Hatchfactory gives women the wings to fly, assists them in becoming entrepreneurs