[100 Emerging Women Leaders] From engineering to wedding design, how Ambika found her calling in events management 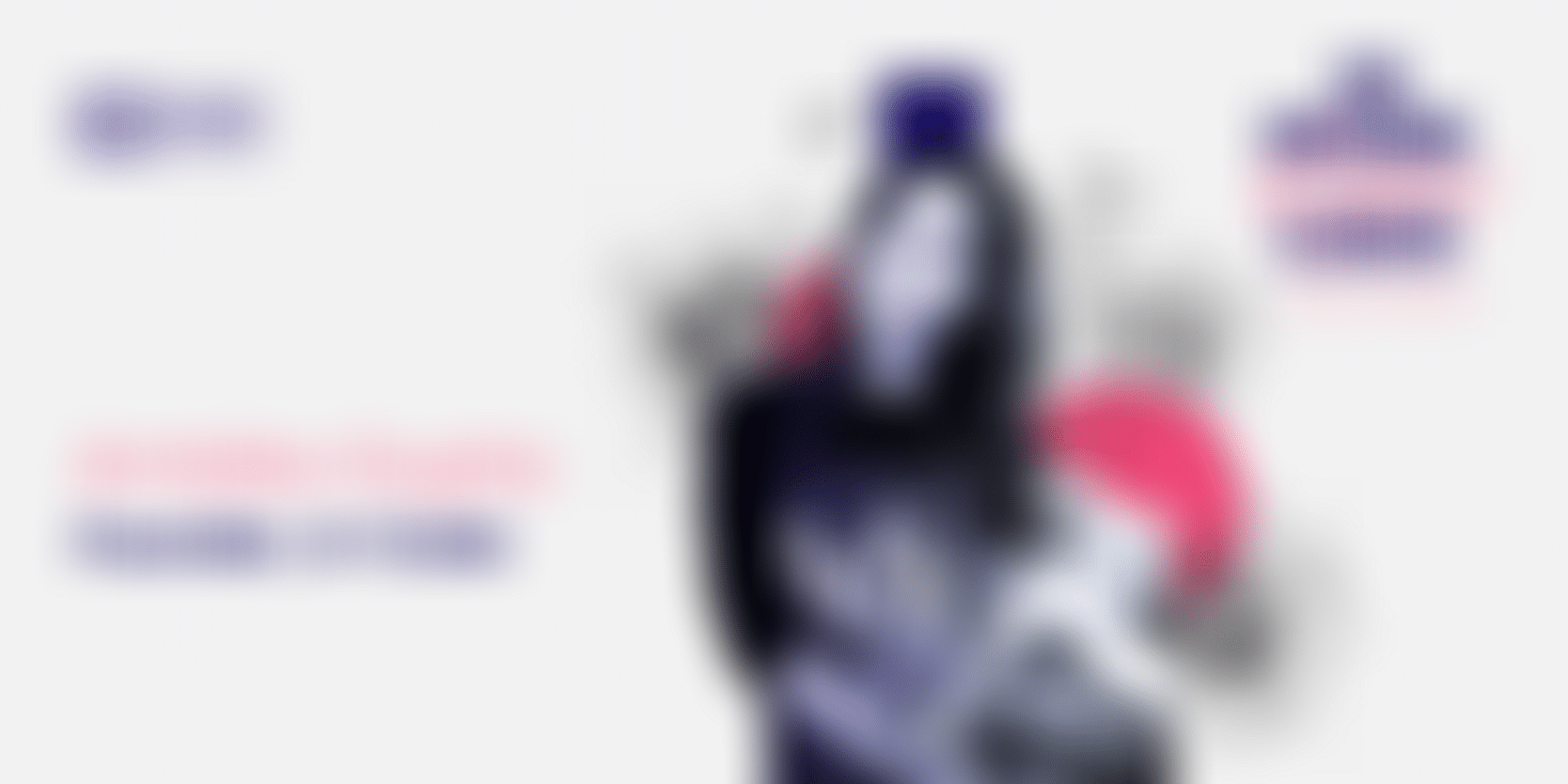 In this feature of 100 Emerging Women Leaders, we spoke to Ambika Gupta, who switched from engineering to events management and has established her own wedding design company.

Although Ambika Gupta obtained a BTech in Biotechnology degree from SRM University, Chennai and later completed her final year thesis at IIT Delhi, she knew her calling was different from that of engineering.

“I had taken up engineering, as like any Indian parent my mother had insisted I take a science stream. But even after completing my final year research project, I could not shake off the desire to be a media professional as my family had close ties to the field,” says Ambika

She adds, “And so against everyone's wishes, I chose to hear my inner voice and cleared the entrance exam for Xavier Institute of Communications, Mumbai and joined my post graduate program in Journalism and Mass Communication. It is here that the elective module of ‘Event Management’ sparked something inside me.”

And this is how Ambika began the journey to building The A-Cube Project, a wedding design company based out of Chennai.

The road to a wedding design company wasn’t easy. After her graduation, Ambika dabbled in the TV industry, and explored working with companies such as Big Big Synergy Media Limited and NDTV as an assistant director and producer in Mumbai on different reality shows for a period of 1.5 years.

After moving back to Chennai when she was 24, Ambika decided to get back to event management and start A-Cube in May 2012.

“It all started with a restless night at a time when I was at the crossroads of my life. My family had issues with me taking up a certain job so I decided to begin my entrepreneurial journey and started thinking about what really sparks passion in me. Event management is one creative vocation where you keep meeting new people, travel extensively, don’t get bored easily and are challenged every day to do something you have never done before. These are some of the reasons why I decided to choose this path,” adds Ambika.

She first started with personalising event stories. When Ambika started in Chennai, there was a lack of theme-based and creative conceptual décor for weddings, events or celebrations.

“I saw this gap and decided to bridge it with my creativity and my expertise. This was a journey that I started all alone and had nobody to count on. I literally began by making calls on Just Dial to look out for vendors in the city. I did not know the language nor had any contacts here. I was basically a nobody when I came here. But a voice inside reassured me that I could build a life and a business here. This is how The A-Cube Project was born and it continues to build design concepts inspired by the personal stories of people,” adds Ambika.

Her first project was a retro-themed birthday for a family member, and when she put the images on social media it set the ball rolling. The first few projects came via word of mouth and then the circle grew larger, and the events bigger.

“In 2016, I did my first wedding and what worked in my favour was that I tried to bring a new perspective to Chennai and believed in fresh ideas rather than copying someone else's concepts. My hard work, originality and ability to deliver, built my company one event at a time. The second wedding that I designed, completely changed the ball game for The A-Cube Project because till then I was a one-woman army running my events through vendors and hired help,” says Ambika.

What kept her going was the different opportunities and word of mouth engagement. The positive feedback went through the roof and more and more opportunities began to come her way.

"One memorable moment was opening my email and seeing applications from people wanting to work for The A-Cube project and queries from media houses that wanted to feature me in their publications.  There was no looking back after this because that is when we started to form a core team that is still in place,” says Ambika.

The revenue model for A-Cube is pretty simple. The team charges a design fee just like an architectural firm. After a design fee has been paid, they may charge a planning fee only if the team is needed to manage the event.

“This becomes our flat overall fee after which we add the production cost and the price of everything else that is needed on actuals. The client also has the opportunity to work with the list of vendors we have and compare costs. Beyond our fee which is specific to what is needed from us, everything else follows a completely standard route between the client and us,” adds Ambika.

While the company has been able to establish a name for itself, Ambika faced several challenges. There were language barriers, then biases based on who she was — a young woman.

“Questions were asked about why I was starting my business here even though all I was doing was to  make a difference and change the old ways of event management. There was also a lot of scepticism around why I was charging a certain design fee.  It was only through word of mouth endorsements and massive attention from people on social media platforms that my work began to speak for me,” adds Ambika.

She was able to hire a full-fledged team after about three years. In 2018, Ambika changed the whole design game by getting architects and interior designers on board and introduced 3D visualisation in the business.

“I continue and strive hard to climb the ladder of being better than yesterday, one step at a time because I never fail to innovate and keep adding new things to the way we work. That's why The A-Cube Project stands apart even today. Personalisation and innovation are our keynotes. Most importantly, I don’t take what I’ve achieved for granted. I know I have to innovate every day,” says Ambika.

Today, Ambika designs for events in not only Indian cities such as Udaipur, Goa, Delhi, Jaipur, Pondicherry and Coorg but also has worked on events in Serbia, Thailand and Bali.

A-Cube has now diversified into luxury furniture rental. The team also plans to eventually open a Design Academy where Ambika really wants to train people in design ideation and  software skills to equip them with the correct knowledge and technique to be successful in this industry.

“Another venture I am about to start is a sustainable floral retail space. With this, I am trying to eschew the use of green floral foam which is the mainstay of the flower industry and takes over 100 years to decompose.. Tying up with organisations that recycle floral waste into products like incense and potpourri is just one way of taking the lead to spearhead responsible consumption behaviour in this industry,” Ambika says.

“I want to merge my love for design and for the environment to come up with green and eco-sensitive solutions that are beautiful, one-of-a-kind but also kinder to mother earth. The idea is to constantly find a new way to address old problems. Apart from this, we are starting our overseas collaborations in design and florals in UAE and New York,” she adds.

According to Ambika, innovation is key to survival in the events business as there is always someone who has more ideas

“So as a young company if you have started reaping the benefits of your success, that is when you need to update your knowledge and skills,” says Ambika.  For instance, to expand my brand and to work with B2B associations, she started attending wedding conferences in India and abroad.

She also advises young entrepreneurs to hire people who have a new perspective and who have better skills than they have. A team becomes stronger when every member has something unique to offer and yet everyone is working towards a common goal, she says.

“There is no shortcut to success and no skipping a step because very few people can move forward only on the basis of luck. The only way forward is by pursuing a goal that can make a difference and bridge a gap in the market.  Fine-tune your skillsets, and find out what is your unique selling point and what you can offer that somebody else can’t,” says Ambika.

She adds then channel your talents, source the right technology, the right people and resources to build on that idea.

“Believe in your gut and don't give up on dreams just because you tasted that first, big failure. It would help young aspirants to remember that generally the first three years of a company entail struggle and hardships.  It is only between the third and the fifth year that recognition and success begin to trickle in,” says Ambika.