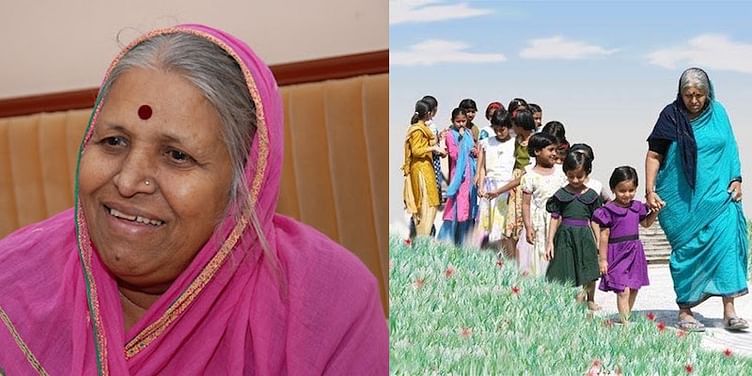 Sindhutai Sapkal, who raised thousands of children who were either abandoned or orphaned through the course of her life, passed away due to a cardiac arrest.

Popularly known as ‘Anathanchi Maye’ or ‘Mother of orphans’, Pune’s Sindhutai Sapkal, who raised more than 1000 orphaned children in her lifetime, breathed her last at a private hospital in Pune on Tuesday. Sindhutai, who underwent a surgery on November 24 last year for a large diaphragmatic hernia, passed away due to cardiac arrest.

Dr Shailesh Puntambekar, medical director of Galaxy Care Hospital in Pune told the media that Sindhutai had recovered from the surgery but a week later, she developed a lung infection and then a cardiac arrest.

For her charitable work in adopting abandoned children and rehabilitating women, she was honoured with the Padma Shree in 2021.

The life of Dr Sindhutai Sapkal was an inspiring saga of courage, dedication and service. She loved & served orphaned, tribals and marginalised people. Conferred with Padma Shri in 2021, she scripted her own story with incredible grit. Condolences to her family and followers. pic.twitter.com/vGgIHDl1Xe

Meet Sindhutai, who has won 273 awards for nurturing hundreds of orphans

Dr. Sindhutai Sapkal will be remembered for her noble service to society. Due to her efforts, many children could lead a better quality of life. She also did a lot of work among marginalised communities. Pained by her demise. Condolences to her family and admirers. Om Shanti. pic.twitter.com/nPhMtKOeZ4

“The news of Sindhutai’s death is shocking. She gave motherly care to thousands of orphan children. In her sudden death, an inspirational personality has been taken away from the field of social work.”

Hailing from Pimpri Meghe village in Wardha district of Maharashtra, circumstances led Sindhutai to beg on the railway platforms of Chikhaldhara, a hill station in Amravati district of Maharashtra. After a while, she realised there were several children who did not have anything to eat, so started begging vigorously to feed all the children.

Over a period of time, she realised her purpose in life is to care for children and be fully devoted and unbiased, and she even donated her own biological child to a Pune-based trust Shrimant Dagdu Sheth Halwai.

She nurtured over 1,500 orphaned children and had a grand family of 382 sons-in-law and 49 daughters-in-law. She received more than 700 awards for her work and she used the award money to buy land to make a home for orphaned children.

A stitch here, a snip there: How Lavanya Nalli made her presence felt in her age-old family business