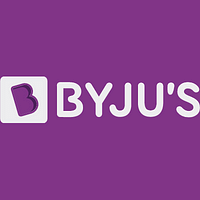 From educator to entrepreneur, how Divya Gokulnath is empowering people around her to create more leaders 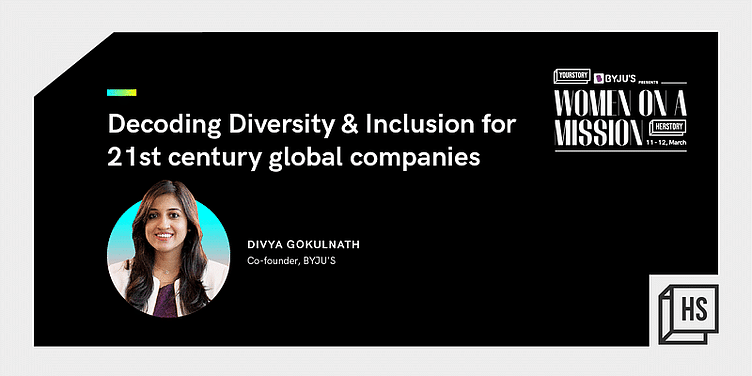 In an exclusive chat at HerStory’s Women on a Mission Summit 2022, Divya Gokulnath, Co-founder, BYJU’S, spoke about her love for teaching, her support system, and why women need to prioritise to become successful.

After completing a degree in Biotechnology from RV College of Engineering, Bengaluru, Divya enrolled in BYJU’S for the Graduate Record Examination (GRE) classes. While waiting for her results, BYJU’S Raveendran, Founder and CEO, BYJU’s offered her a teaching position at his coaching centre. From staying back in India to continue teaching to spearheading the growth of ‘Think and Learn’, a subsidiary of BYJU’S, Divya shares her journey in a fireside chat with Shradha Sharma, Founder and CEO, YourStory, on the sidelines of the Women on a Mission Summit 2022.

“If you look at the entire startup space, it's grown, and we've grown with it over the last 10 years. Both Byju and I are entrepreneurs and there are a lot of things that have worked for us in the country. It's a very conducive environment. And it's lifting up women, and giving us a stage,” added Divya.

Divya’s journey wasn’t a smooth ride but what made it slightly easier to overcome the many obstacles is her support system – her family. She attributes her growth and success to parents who never brought her up differently, and in-laws who ‘share the load’.

“As women, we are able to bring that sort of diversity to solving a problem. So you're able to have a multidimensional approach to solution creation. This helps any organisation scale, and address a need in society, with technology as a strong enabler,” she said.

For Divya, prioritisation is key. Saying ‘women are great at multitasking’ is what drags them down often as they have a huge list of things to do at all times. Choosing what’s most important and focusing all of the energy on those tasks can really make a difference.

“As a founder, there's no such thing as switching off. You create a boundary for yourself. In a hybrid world, where you need to be available all the time, it's important to create artificial boundaries. This will keep us sane when there are so many things happening around us,” she added.

“Education is a segment, which is very close to a lot of people. So it's not very difficult to start a company that’s driven by a single purpose and mission. But, to stay on that path is the challenge,” added Divya. For BYJU’S, a 10-year-old company, having people who have stayed with the company right from its inception and believe in the company’s goal has been a major factor in accelerating growth.

This gives consistency in leadership, and a common goal towards which everyone can work. Being fixated on the mission while allowing flexibility with execution, is what allowed BYJU’S to move from a stadium to a smartphone. This was possible only because the right technology was leveraged at the right time. In classrooms where there were no teachers, and content was broadcast throughout the country, students often stood up and gave team BYJU’S a standing ovation. The power of great content is making personalisation easier.

Talking about BYJU’S constant innovation, Divya said,. “There is no room for complacency. The day we say ‘this is enough’ or ‘this is the best we can do’, we're done.”

Over the last few years, BYJU’S has acquired a few companies – a mix of talented people, strong products, and supportive teams have propelled the edtech unicorn to what it is today. Speaking on the organisation’s valuation and the research that goes into each acquisition, Divya mentioned, “Success is when we’re able to create as much value and that’s what we’ve been focusing on all these years. We are here actually for the long run, with more skin in the game than ever before. So whatever we do, it has to solve at scale.” With an agile team of 30,000 people along with 12,000 teachers, she says BYJU’S is like a flying elephant with wings.

Carving a niche in the industry, Divya shared how differences are created by people who chart their own paths, trailblazers who show how things need to be done. Setting new benchmarks inspires people to do more and be more.

“I've gotten better at empowering more people. I used to be an individual contributor before. But today, the teams are so large, and I would like to believe that the people who are working with me, are empowered to make decisions and, in turn, are creating so many more leaders,” she said.

A shout out to the sponsors of Women on Mission Summit 2022, an Initiative by HerStory, by YourStory - ﻿﻿BYJU'S﻿, the presenting partner, and other sponsors - ﻿Kyndryl﻿, ﻿Sequoia Spark, ﻿Zilingo﻿, ﻿Atlassian﻿, ﻿Akamai Technologies﻿, ﻿Freshworks﻿ for Startups, and Netapp Excellerator.

Zypp Electric to onboard 3,000 women delivery partners in 2022