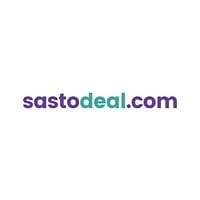 The journey of Sastodeal’s Sumitra K C: From a manager at Flipkart to the CFO of Nepal’s leading ecommerce company 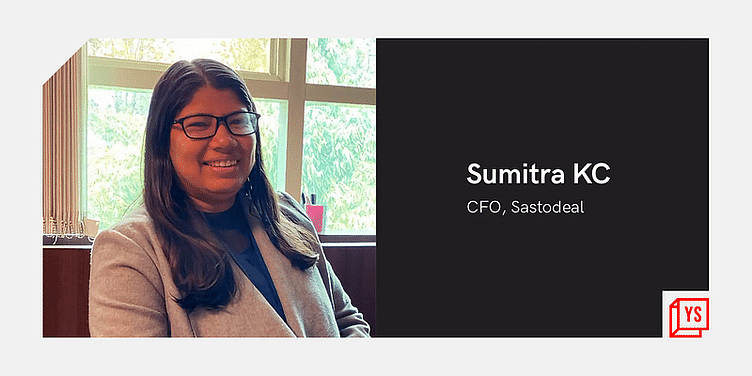 Be it dealing with a million-dollar investment or checking if the availability of stationery is in line with the company’s requirement — Sumitra is known to be on the top of things.

While there wasn’t abundance, there was always enough for Sumitra K C, Chief Financial Officer, ﻿Sastodeal﻿, who grew up in a family of seven in Kathmandu in Nepal. A religious mother, a progressive father, and siblings like friends provided the “perfect blend of culture and liberalism”.

Excelling in studies, her extended circle of friends and family hoped she would pursue a career in medicine or engineering. With a laugh she says, “Contrary to most parents from middle-income families, my father wanted me to be an actor.” She adds, “My mother wanted me to find happiness in whatever I pursued.” It was her sister, who first suggested the idea that Sumitra could look at becoming a Chartered Accountant.

“Funnily enough, when my sister put forth the idea she said the profession commanded a lot of respect and money. As a 12-year-old, my dream was to earn a lot of money and use that money in community services. So, the idea instantly appealed to me and ever since I had a clear singular goal — to become a Chartered Accountant. I didn’t think beyond that,” she says.

Entry to the C-suite of Nepal’s leading ecommerce company

In 2021, Sastodeal raised $1 million from the Dolma Impact Fund and other existing shareholders just months after it raised a million-dollar fundraise in 2020. Leading the fundraising and the negotiations was Sumitra.

She says, “The startup ecosystem in Nepal lacks the kind of investor traction that it needs. As a startup, we have been growing exponentially in the last three years and we needed capital to fuel that growth. The successful fundraising not only provided the capital but also infused confidence in Nepal’s startup ecosystem.”

A certified Chartered Accountant, today Sumitra spearheads a whole list of finance and related functions at Sastodeal – from accounting, treasury, compliance and legal, procurement, governance processes, investor relationships, internal audit, payment partnerships and product, and business partnering. Interestingly, one of the first things she did at the time of joining was to streamline operations and financial governance.

“Streaming and putting processes in place for financial governance is critical to drive growth and sustain it, especially for a startup,” says Sumitra. Today, with automation the team is trying to bring end-to-end real-time visibility for finance-related aspects for every function.

“For instance, when we look at sellers, the automation will help us to provide real-time visibility on cash flow and also ensure timely payments. This will not only aid compliance and operations management but also provide sellers with the information they need to make timely decisions that can aid growth,” she explains.

Sumitra has also been instrumental in launching an ESOP policy that was not just a first-of-its-kind for the company but also for the domestic ecosystem. “The ESOP policy has been designed to be employee-friendly, rewarding performance and loyalty. An employee who has been with Sastodeal for a year and has achieved the set criteria for performance is eligible for ESOP,” she reveals.

Sumitra credits her team for being able to drive transformation at work — be it launching the ESOP policy, implementing business-led AOPs (Annual Operating Plan) or running successful cost optimisation projects. “A leader is only as good as his or her team. It reflects strongly on what I have been able to achieve at Sastodeal in the last 12 months,” she says.

Witnessing more than 10X growth in the last five years, a Redseer report pegged the e-tailing Serviceable Addressable Market in FY21 at $100 million. It forecasted the market is expected to grow to $1 billion in the next five years backed by 2.6 million in addition to the annual shopper base and growth in spending.

Sumitra shares, “Holding a significant share of the organised ecommerce market in Nepal and with its track record of more than 1,200 percent growth within the last three years, Sastodeal has the capacity and zeal to disrupt the ecommerce sector in Nepal.”

Here, she points out that Sastodeal’s initiatives such as partnering with Flipkart and Myntra, which opened up cross-border e-trade opportunities, have had a significant positive impact.

“Right from the entrepreneurship community to the customers, in general, have been able to derive benefit from the partnership. Indian brands have been quite a hit with young Nepalese customers across different provinces of Nepal. As a company, Sastodeal has gained a lot of insights in international ecommerce best practices and the Flipkart and Myntra teams have always been very supportive,” explains Sumitra.

A long-standing association with Flipkart

Interestingly, ﻿Flipkart﻿ is much more than a business partner for Sumitra. It was her first employer. Completing her training with PwC, an opportunity to work with Flipkart came to Sumitra through the campus placement organised by ICAI.

Joining Flipkart in June 2014, it was here that Sumitra was able to learn the nitty-gritties of ecommerce and finance and gain expertise as a finance professional. “You name it and I can tell it's what Flipkart has taught me,” she says.

“I have been able to look into the accounting, controlling, and financial aspects of both services and the product side of the business. A key highlight was that I was also able to be part of teams that launched unique business products and services at Flipkart like Flipkart Plus, 2Gud, No Cost EMI, among others. Being part of projects like GST implementation, ERP migration also helped me understand the specifics of business, technology, product development and tying them together to financial processes and controls,” shares Sumitra.

Then a manager, she was also part of the team that led accounting automation implementation at the e-commerce marketplace which in turn sparked an interest in process automation. Her stint with Myntra helped to build a strong foundation for learning skills of leadership and stakeholder management. “I have been able to take the learnings and experiences I had at Flipkart and Myntra to my work at Sastodeal,” says Sumitra.

From Flipkart, India to Sastodeal, Nepal

Her move to Sastodeal happened amidst the COVID-19 pandemic. “When COVID-19 hit the world, the urge to come home and do something impactful suddenly became clear and strong. I also wanted to spend more time with my family. This urge coincided with Sastodeal looking for a candidate to lead their finance functions,” recalls Sumitra.

After months of conversations and discussions with Amun Thapa, Founder and CEO of Sastodeal, I knew I had to book a one-way ticket back home. In January 2021, Sumitra was officially appointed as the company’s CFO.

The move brought opportunities and challenges that were all new to Sumitra. At Flipkart, Sumitra led a 40-member team but here, “I was responsible for the company as a whole.” Also, the scope of work that she now handles is humongous.

“For instance, I had never handled investor relations or had experience in fundraising. And, being able to do that at Sastodeal just months after I joined was an opportunity that would have otherwise not come so early in my career. But, what also helped me was my experience with Flipkart and seeing some of the leaders take those big decisions. Given that I was handling many aspects of financial governance and management at scale for Flipkart, I was able to address their queries,” she says.

Reflecting on her journey from Nepal to India and then back to Nepal, Sumitra says, “Being in a foreign land for the first time with no reference was both exciting and scary. Hesitant to ask for money from family, I spent my free time taking up jobs while I was studying Chartered Accountancy in India so that I could fund my studies.” The lack of exposure to the realities of the outside world further made the journey a little more difficult for Sumitra.

“I studied in an average school where the focus was on academic excellence and not holistic development. So this made it extra difficult for me when things got competitive as I lacked the confidence and skillsets to tackle them,” she shares.

Sharing an incident that made her cry, Sumitra says, “When a senior leader asked me to apply ‘track changes’ in MS word during my articleship at PwC, I didn’t understand what it meant and I teared up.” However, Sumitra says, she was fortunate enough to have the support of people around her.

At Flipkart, the environment was fast-paced and informed decisions were taken in a snap even. “I don’t know if I was a slow learner back then or not, but it was very challenging to match up to the speed of work,” she says. Again, it was her team and mentors who she says were patient enough to help.

“Even today, the process of unlearning, learning, and relearning has never stopped. But, it has gotten a lot easier, ” she says.

The role of a CFO carries a lot of value, more so for fast-growing companies, observes Sumitra. “I have a lot to learn to be able to do justice to the profile and the company. I couldn’t be more thankful to Amun, the board, and the management team for putting their faith and confidence in me,” she says.

If there is one criticism she has in her role of a CFO, it is that of a subtle gender and age bias. “During my career at Flipkart, there were times when I was the only woman in the team. Yet, the bias wasn’t felt. However, as a CFO, when I interact with the larger ecosystem, I feel that my opinions aren’t given as much weightage as it would have been if I were a man,” she laments.

In addition, as a young CFO whose experience and exposure is lesser than some of her industry counterparts, there are times her age or lack of years of experience translates into not being taken seriously. When asked how she handles these situations, she says, “I tend to contest, but politely and diplomatically. I also make it a point to interact with them more often so that I am able to drive a mindset change.”

For Sumitra, the last 12 months have been particularly exciting. And that is going to linger longer for her, Sastodeal, and the Nepali startup ecosystem at large. “If you look at the Indian startup ecosystem a decade ago, professionals returned to the homeground to address problem statements. And, that really gave birth to the Startup India dream. Today, a similar scenario is unfolding here in Nepal. This means we are on the cusp of something big and exciting. There is going to be a lot of opportunities for local talent to be a part of the ecosystem and even lead its growth,” she notes.

As Sumitra continues to lead yet another exciting chapter in her professional trajectory, she says if there’s a quote that keeps her going, it’s what her father always reminded her of. “Buba used to say - Jindagi ma baru charesh khanu tara haresh nakhanu, sabai kura garnu tara beimani nagarnu.” When translated from Nepali, it means that one should never give up and be dishonest in life.