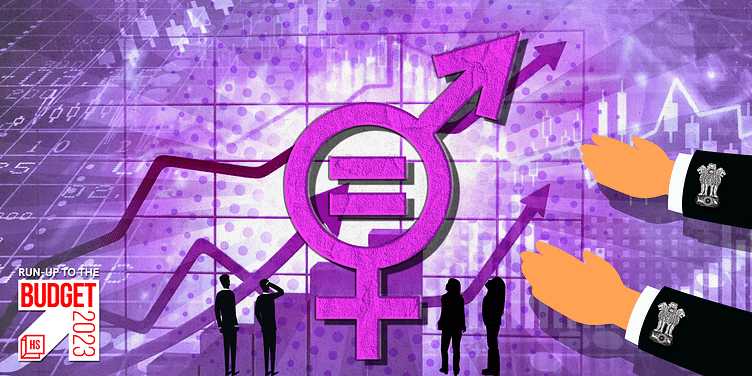 Gender responsive budgeting (GRB) is a fiscal instrument that assesses public spending to identify and address gender discrepancies in the planning and policy making processes.

Gender sensitive planning backed by commensurate allocation of funds is a critical strategy that governments must adopt to fulfil its commitment to constitutionally enshrined values of equality and social justice. Gender responsive budgeting (GRB) is one such fiscal instrument that assesses public spending to identify and address gender discrepancies in the planning and policy making processes.

It does not mean a separate budget for women or the equal division of financial resources between men and women. Instead, it is an exercise used to identify the differential impact of policies on men and women by analysing budgets through a gender lens, with an aim to take corrective measures.

In the past, the Indian government has attempted to integrate gender concerns into the policymaking process through the five-year Plan framework (now discontinued). These government efforts backed by feminist research and advocacy paved way for the formal introduction of GRB in India.

In 2004, the Ministry of Finance mandated the setting up of Gender Budget Cells in all ministries and departments at the union level. Consequently, 2005-06 onwards the MoF has been issuing the Gender Budget Statement (GBS) as a part of the Union Budget Circular. The statement gives a snapshot of expenditure on women and girls.

Following the initiation of GRB at the union level, several states also adopted the mechanism at sub-national levels. As of 2022, 57 Ministries have set up Gender Budget Cells and schemes/programmes of 41 Central Ministries/Departments are reported in the GBS as compared to 9 Ministries/Departments in 2005-06. The Ministry for Woman and Child Development (MWCD) is the nodal agency for GRB implementation in India.

India’s Gender Budget has remained less than 1% of the nation’s GDP and hovers around 5% of the total Union expenditure i.e only around 5% of the total budget estimate is earmarked for women and girls. Apart from MWCD, the ministries that have consistently performed well in capturing women-related allocations include health, education, rural development as well as water & sanitation.

These are ministries that oversee schemes and programmes that have a direct impact on women’s health, nutrition and overall development. Such Ministries, therefore, plan for the specific needs of women and girls while also capturing the actual reach to beneficiaries and impact of these interventions.

The challenge lies in adopting GRB in sectors that are traditionally considered “gender indivisible” but have significant impact on women’s growth and development. For example, the power sector is extremely important as access to affordable, uninterrupted electricity can reduce the time women spend on household chores.

This in turn gives them time to pursue education, income generation opportunities as well as recreational activities improving their quality of life. Similarly, considering women-specific needs in transportation and infrastructure planning can greatly improve women’s mobility and access to public spaces, which is integral to women’s economic participation.

Policies including gender needs in these indivisible sectors are examples of GRB adoption and have a notable impact on women. Planning for women’s needs in these often-neglected sectors is vital to making GRB meet its larger goal of gender mainstreaming.

Paucity of good quality gender disaggregated data is another challenge that hinders the effective operationalisation of gender-aware planning. Ministries and departments that do not capture gender disaggregated information of their schemes/programs will not be able to assess the targeted expenditure on women and girls.

Ramping up data systems by factoring in gender is an urgently required intervention. In this context, it is important to go beyond gender binaries, in order to mainstream the transgender community into policy decisions. Additionally, adopting an intersectional approach is necessary to ensure inclusion of all social identities.

Close to two decades since its introduction, the GRB exercise continues to be ad-hoc in nature falling short of providing a sustainable mechanism that could bring about concrete change. Mere post-facto analysis of budgets is neither an effective method nor in line with the original vision of GRB. There is a need for institutionalising GRB within all Ministries by employing a comprehensive strategy which includes steps like in-depth gender analysis of the sector; identification of priority areas; setting of short and long-term targets etc.

Ensuring adequate allocation of resources should be the culmination of such an effort. Incidentally, the Gender Budget Handbook issued by the MWCD in 2015 has already laid out these steps. However, its implementation remains a challenge as Ministries and Departments limit the scope of GRB to simply reporting of women-related expenditures without proper planning and goal-setting for the different sectors. These issues need to be resolved with regular monitoring, gender audits and consistent capacity building of relevant government officials in order to overhaul the current state of GRB in India.

Despite its shortcomings, GRB provides an avenue for mainstreaming gender at different levels of planning and policymaking. Deepening the GRB process would require closing existing gaps and building institutional capabilities with a vision to bring about gender transformative reforms.

(Disclaimer: The views and opinions expressed in this article are those of the authors and do not necessarily reflect the views of YourStory.)