The decade that was: How India’s startup landscape has evolved 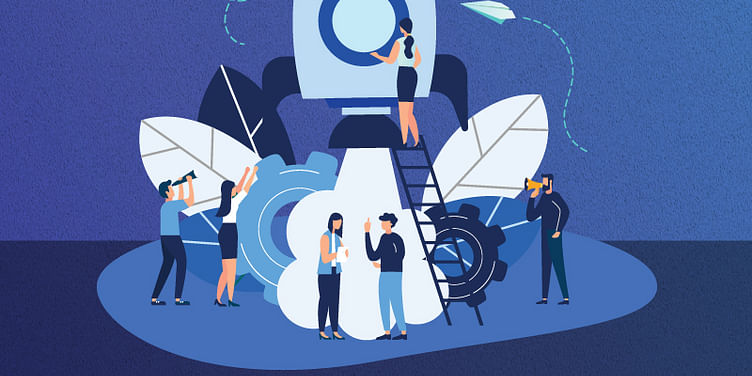 The venture capital industry in India has evolved and matured significantly since the turn of the century. The current government, through a combination of pragmatic policy-making and execution focus, has accelerated this journey in the last four years. 2018 has certainly been a high point and a culmination of several years of thoughtful and well-directed efforts.

We asked 12 influencers, investors and entrepreneurs (key players in the shaping of the last decade’s narrative) to tell us the one thing that came to mind when they thought about the last 10 years of India’s startup ecosystem. The two words/phrases that came up again and again were “Infancy” and “Building Blocks”.

1. From 2008 to now, the startup ecosystem has been in its infancy.

2. This was also the period when the building blocks came together to create a smooth highway and lay the foundation for rapid growth going forward.

Do these thoughts resonate with you?

We believe there is some truth to this. India might be home to the world’s third-largest startup ecosystem given its sheer size, but it is still in its infancy and has much to achieve. Nevertheless, comparisons with the US and China continue. Some of this comparison is a bit unfair, and premature. And more often than not, there has been a lot of self-flagellation from the so-called experts on the evolution of the ecosystem.

Let's not forget that India is no America, where venture investing, and the culture of tech innovation, has evolved and matured over several decades. In the US, companies like Cisco, Amazon, IBM, VMWare, Oracle, and several others have all acquired a clutch of technology startups in Silicon Valley. Some examples include Trello, WhatsApp, LinkedIn among several others. These exits are a sign of maturity and vibrancy of the ecosystem. India has no such history.

Companies in India have been extremely slow to recognise that startups are the fountainhead of innovation, and that acquiring and integrating some of them was the way forward if they had to continue to innovate and remain relevant. Fortunately, we see this changing rapidly now.

India is no China either. However, one can argue that the phenomenal growth in China has come at the cost of curtailing some basic human choices and rights.

The last 10 years, in particular, have witnessed a tectonic shift in the overall startup ecosystem. Until very recently, Indian entrepreneurs had shied away from solving local problems or working on cutting-edge technologies. This can be partly attributed to the lack of bold venture funding, as a result of which, businesses had to be built around solving problems that could quickly generate cash flows. Solutions for local problems required a change in consumer behaviours and low price-points. This involved long gestation periods, cash burn, and called for investors with deep pockets, strong nerve, and audacity. And given the relatively small size of the market opportunities in India, such investors had traditionally stayed away. However, the last 10 years changed all that, and Indian entrepreneurship finally came of age.

While we were putting together this story, we realised yet again that this industry is grossly under-researched. While this is partially the case in more mature markets as well, when it came to India, even the data – irrespective of the source – is spotty, inconsistent and unreliable. Therefore, multiple levels of validation are essential to reach any conclusion or to identify a trend.

In 1978, when China embarked on aggressive and sustained reforms, both India and China had almost the same per capita Gross Domestic Product (GDP). India continued down the socialist path until 1991, when a catastrophic failure of centralised planning, with some push from the International Monetary Fund (IMF), forced reforms.

The diversity of stakeholders in India, coupled with a democratic and decentralised structure, did not allow the reforms process to be rolled out at the same speed as in China. As a result, by 2018, the gap between China and India widened significantly; China raced ahead with a per capita GDP nearly 4.5x that of India. 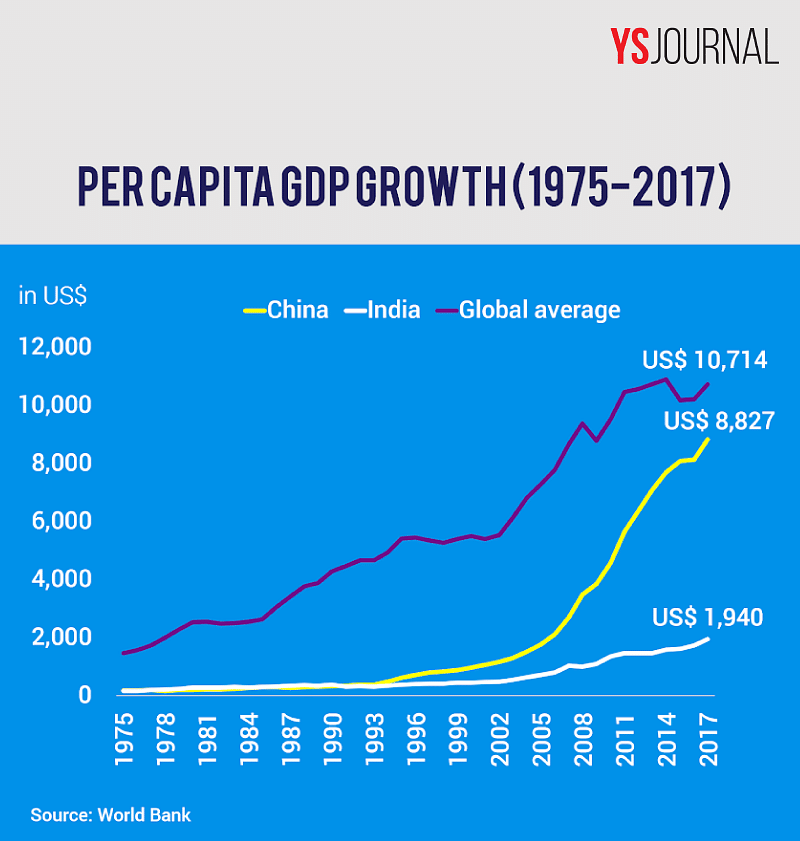 On the back of Chinese protectionism and proclivity for creating Western style infrastructure, the last two decades saw the epic rise of local consumer internet companies that would rival their American counterparts. China had chosen an ‘export-led’ growth model. The biggest constraints that smaller exporters in China faced were the discoverability of their products, logistics support, and payments. Jack Ma spotted this opportunity in 1999 and set up Alibaba around these three vital needs of a rising China. Similarly, start-ups like JD.com, Baidu, Tencent, Didi and others took full advantage of a friendly government and raced away to remarkable success, evoking worldwide envy and adulation.

Early investors in many of these firms such as Goldman Sachs, Softbank and Tiger Global, among others, reaped astronomical returns. A case in point was Yahoo!– when the American tech giant invested in Alibaba 10 years before the IPO, little did it realise that the value of its investment would be nearly 8x that of its core business (eventually sold to Verizon in 2017 for just $4.8 billion).

Post liberalisation in 1991, India enjoyed growth rates in the high single digits for several years. The high point came when India earned the tag of the world’s fastest growing large economy in 2016. Demonetisation in November 2016 temporarily displaced India from its pole position, but the fact remained that it was the new land of opportunities. It was this sudden realisation, along with the lost opportunities in China, that had global VC firms making a beeline for India and kicking off a frenzy of entrepreneurial and VC activity.

Click to continue to Part 2: The story of VC investing in India