Going through memories, Pleased to share my train journey with Family and memorable things what i got and happened in between the Journey.

It was the Time of Deepawali and Chhath Pooja, I dont have manged to get leaves few days before Leave from Office so we decided to go on the Day of deepawali as we can get the Chhath Pooja, but getting Train Tickets during the Festival is also a difficult task, so the same happened and I don't have got the Ticket. So decided to go home but there was no any Direct Ticket, so decided to go with changing Trains. have got Ticket to lucknow and then from Lucknow to gorakhpur.

We have started our Journey from Delhi, Train was on Time and it was a special Train running for Festivals so mostly it was vacant there was no rush. we thought we have made a right Decision because we dont have got rush in Sleeper class. Train has started running and on Time.. but story starts from here in the morning approx 3.30 It has got stopped on a small station for more than hour and same same pattern followed this has got a cause for unexpected delay.I have my child with me of 5 months and my wife and sister, Milk finished which we have brought for child and Train getting more and more Delay which is unexpected If Train on Time or 1-2 hour Delay then It should be OK. In our scenario it was going to be approx 4 hr delay we have planned to stop in Lucknow to meet relatives there but it was all getting postponed.

"Now my baby started crying as he was getting hungry and his mother's milk not sufficient for him he requires more milk, we have thrown wasted milk, now we dont have."

Train has stopped at a place where I was not able to find milk for him, then I have Tweeted to @Railminindia they redirected the tweet to concerned DRM but it was not a major station so they were not able to help me.

"A family(husband,wife with Children) was travelling next to us and was noticing all the scenario what we were facing."

The man came to us and asked, His Wife want to feed milk to my Baby. I was so humbled to the man and his wife, i can say what I felt in words. my every core of heart was giving thanks to that family. Till the Time my wife has managed to feed her milk to baby, we both were giving Thanks to that women and family. when We have given our thanks to the woman and her family, They said- "Bhaiya ye to farj tha" Delayed but till the Time we reached Lucknow. we deboard from the Train and arranged a space to sit my family till the time brother from lucknow reached there with milk but still I had to go a long way then i ran to market and I got there milk, got this boiled and kept for the way. still my heart was giving thanks to that family.

So, Now its Time to change the platform and borad in the Next Train for onward Journey. everything according to Plan has already postponed as Time was getting closer to board in the train, so we reached at platform from where we had to get the train. The train was already there till the time we board its full of rush now. My brother and nephew fro lucknow left after boarding us.

The train has started on Time from Lucknow, This short journey was also going to be memorable ..who knows. A family in front of us was sitting with their child. the child was eager to take in lap to my baby and play with him. Her mother scold him and make him understand that baby is to small for him to manage. Till the time me and gentle man from that family got introduced each other, he is working in Armed forces, we started talking and now we have made a good relation in some time.In between the talk I have said my little story of journey what I have faced due to mismanagement of railway. now we are in the way and due to changing and getting new trains We were not able to eat something, or get packed something for us. we are running on chips biscuits etc. Now its evening and this train also getting some late, due to rush and some hot my baby started crying.The woman has taken care as her child and her son has started playing as elder brother. They have understand that we dont have food and we dont have eaten something from morning, so they have requested and offered food. The way they offered we cant deny and have our Dinner in the Train. whole way they have played with my baby and we also were thanking them for all this.

Now in the night we have reached to gorakhpur, and waited for sometime and get a passenger train to reach Village.

Finally we reached home but these two memorable moments of incident we cant forget. This is our Culture and this is our India.. 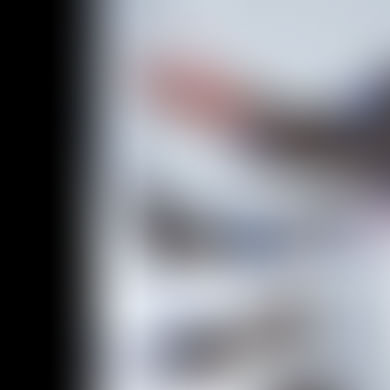