I started a Whatsapp Group named as "Namma Kovai" where initially we had people from Ngos as when compared to other cities of Tamilnadu its in Coimbatore a lot of activities, event related to the society happens. So i thought let me connect to all my fellow Ngos, but later on i thought i should bring the Officials on board. So i asked the then District Collector Tmt. Archana Patnaik, I.A.S to be added in the group, she immediately accepted. Then i asked the Corporation Commissioner Mr. Vijayakarthikeyan, I.A.S to be a part of it, he immediately accepted. Likewise it included Superintendent of Police (S.P), Deputy Commissioner of Police (DCP) - Law & Order, Traffic, Assistant Commissioner of Police (ACP) - Central & South, Sub Collector, Industralists of Coimbatore, Educational Institutions Heads, Corporates, District Forest Officer (DFO), Airport Director, Corporation Officials, Forest Officials, Social Welfare Officials, Ngos, like minded people, etc. We are not just a group rather through this group many cases are been solved on the spot. The list are as follows,

#Like a speed Bus drive and the bus was caught and fined based on the complaint in the Whatsapp Group.

#Blood donors donated which includes the Deputy Commissioner Of Police (DCP), Traffic, Coimbatore based on the requirement which was posted in the group.

#A member posted in the group that a pipe was leaking for almost 3 days and the water has been wasted in a particular and the details was posted with the pictures. Immediately Corporation Officials swiftly acted upon and resolved the issues.

#Many information's with related to Government Notifications, any new Officials in the District Administration, Police Department, Corporation taking charge means those details will be posted, Social Causes, Ngos events, Private statutory bodies events, educational institutions events are shared in the group which in turn act as a knowledge platform for all.

So to conclude a city can be developed only when the officials like District Collector, Corporation Commissioner, Commissioner Of Police, Superintendent of Police, are technocrats, friendly and supportive and the most important is when they join hands with the public, ngos and work for the city means we can wonders.

Finally the words of Mahtma Gandhi saying "You must be the change you wish to see in the world". 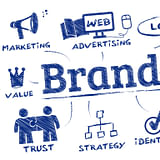 Guide to the Untold Secrets of Digital Marketing Strategy 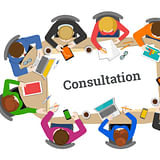 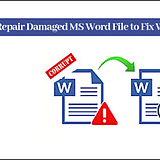