India in Achhey Din? Our healthcare indices don’t seem to say so – WHO Report 2017 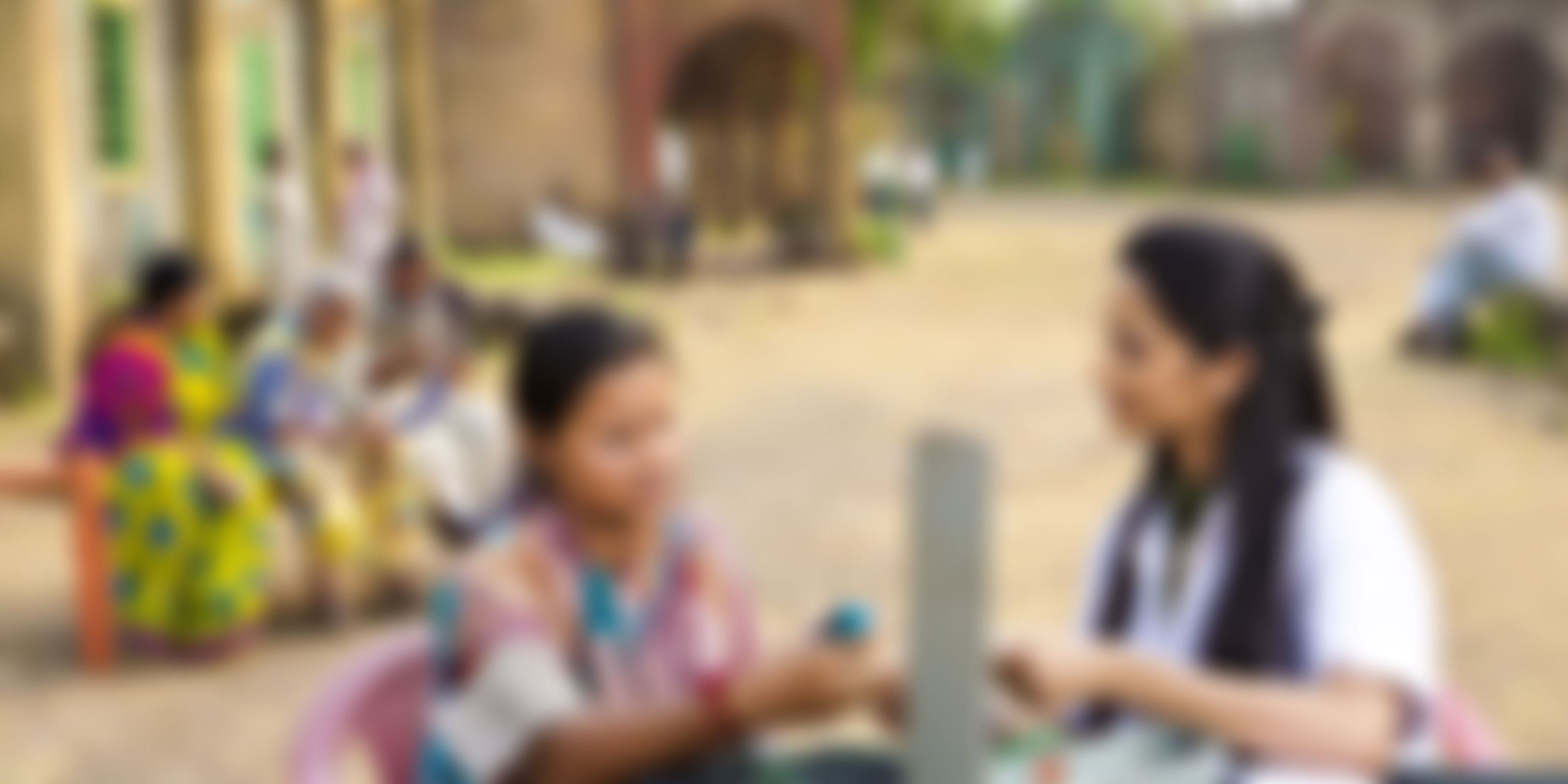 The recent World Health Statistics 2017 report once again highlights some glaring voids in India’s healthcare delivery. Forget comparisons with the developed nations, our vitals do not even compare to some of the much smaller nations in our neighborhood. Sri Lanka, Maldives, Thailand, Indonesia and Bangladesh often score higher than India on several healthcare indices!

The dichotomies and discrepancies too seem to be persisting if not growing deeper. Abundance of quality healthcare in metropolitan cities is easily juxtaposed with lack of even basic primary healthcare facilities in rural areas. Despite recording a consistent and decent GDP growth over the past two decades, the gaps have continued to persist. Experts have raised concern over India’s inability to convert high GDP growth into significant healthcare development outcomes.

The WHO report that takes into account the health statistics of each country while assessing the improvement made towards realizing the Millennium Development Goals, concludes that India has one of the smallest health budgets globally, and the highest mortality rate in South East Asia. All the more, it finds that the cause of death is not recorded in as many as 90 per cent of cases in the country, a major flaw that makes it hard to compile real time statistics.

For a country that dreams to become a superpower and sit on the global high chair (our aspirations for the UN Security Council permanent seat are all too well known), we need to be doing much better than this on the healthcare front. The health of a nation is directly proportional to its ability to have sustainable growth and development. Have the ‘Achhey Din’ of lore really arrived? And if they have, are we healthy enough to enjoy them?

Let’s take a closer look at some of the most significant findings of the WHO global health report vis a vis India:

Lack of Clean Water & Sanitation: Another worrying point raised by the report pertains to the high mortality rate in India due to lack of clean drinking water and sanitation. As many as 27.4 deaths for 1,00,000 population are estimated to have been caused in India due to unclean, contaminated water and unhygienic sanitation facilities in 2012. Clean water and sanitation facilities are among the most basic rights of every citizen and governments have a duty to ensure these facilities. Unfortunately, even 70 years after taking the charge of our country into our own hands, we have miserably failed in achieving this target. India can significantly reduce the burden of death and morbidity as well as the incidence of several communicable diseases such as diarrhea, cholera, typhoid etc. if it makes clean drinking water available to all its population. With the water supply bedeviled with contamination, most well to do urban residents are forced to take recourse to water purifying systems. The large population of ‘have nots’ cannot afford the same. The report points to another major cause of concern. The fact that household and ambient air pollution contributes to 133.7 deaths per 1,00, 000 population in India, even more than countries in sub Saharan Africa. This indicates the absence of penetration of clean cooking fuels in households.

High Incidence of Non-Communicable Diseases : Apart from high incidence of communicable diseases, India also has a huge and rising burden of non-communicable diseases such as cardiovascular disease, cancer, diabetes, among others. In fact, NCDs account for around 23 percent of deaths in India, one of the highest in the South East Asia region. This points to a strange irony. While our disease profile matches that of low income countries when it comes to communicable diseases, it is increasingly resembling the more well-to-do nations when it comes to NCDs. At the same time, while incidence of NCDs such as heart disease, diabetes and cancer in India remains lower than developed countries, the rates of deaths accounted for by these diseases is higher.Often we tend to believe, albeit mistakenly, that lifestyle diseases such as hypertension, diabetes, and heart diseases are diseases of urban India. The truth is that these disorders are rapidly rising among rural populations as well where lack of documentation and records make it very difficult to ascertain the accurate extent of incidence.

Low Spending on Healthcare: It might not be an exaggeration to say that most of the problems listed above boil down to our lack of public spending on healthcare. India spends just around 1.3 per cent of its GDP on healthcare, much less than other BRICS countries (Brazil 8%; Russia 7%). As a percentage of total government expenditure, Indian government spent just five per cent on healthcare. Countries with comparable growth rates spent much more than us with China spending 10.4% and South Africa as much as 14.2%. Expectedly the healthcare delivery in these countries is much better and far reaching than India.

A country cannot realize its goal of achieving universal healthcare with such a meager spending on the healthcare front, particularly when a major bulk of its population lives in penury and without health insurance coverage. Not only does India lag far behind the WHO-stipulated requirement of 1 doctor for every 1000 population, it also faces a huge disparity of services between urban and rural areas. According to Statistics of the Ministry of Health &amp; Family Welfare, around eight per cent of the Primary Health Centres (PHCs) across rural India were running without a doctor in 2014-15.

What Can be Done?

Each one of us can play a small role in bridging the gap and ensuring that the best healthcare services are available to all. It is in fact one of the basic rights of every Indian. Healthcare providers or professionals associated in this field can play a major role. Paras Healthcare through its endeavors aims at empowering the common man with access to specialized care- whether it is Patna or the hinterlands of Bihar – Darbhanga. We aim at establishing super specialty care hospitals at locations that have scarce or unavailable healthcare infrastructures and have the need for tertiary care services. Over the last 10 years numerous patients and families have been touched by our initiatives. A recent cardiac surgery performed at Darbhanga is proof that small efforts can snow ball and make a big difference to some one’s life. The cardiac surgeons at Paras Darbhanga performed Mitral Valve Replacement (MVR) surgery through Minimally Invasive Cardiac Surgery (MICS) technique, a procedure that is usually performed in exceptionally specialized hospitals in Delhi NCR. Who would have thought that after providing the doctors the best infrastructure and medical equipment, they would have the confidence of performing such specialized surgeries. If we keep on performing in this way and the nationwide healthcare policies support the healthcare providers with vision and motivation, the day is not far when we would also witness Achey Din in Indian Healthcare. 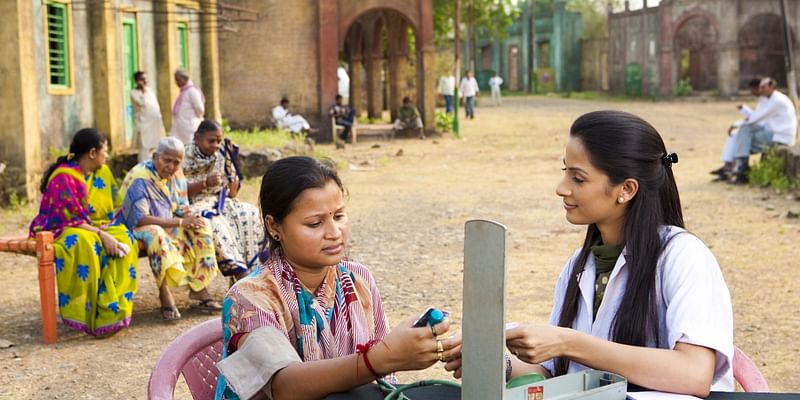 " Paras aims at establishing super specialty care hospitals at locations that have scarce or unavailable healthcare infrastructure and have the need for tertiary healthcare services. Over the last 10 yrs, we have been able to touch the lives millions of people through our initiatives. " 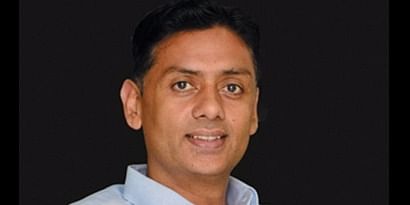