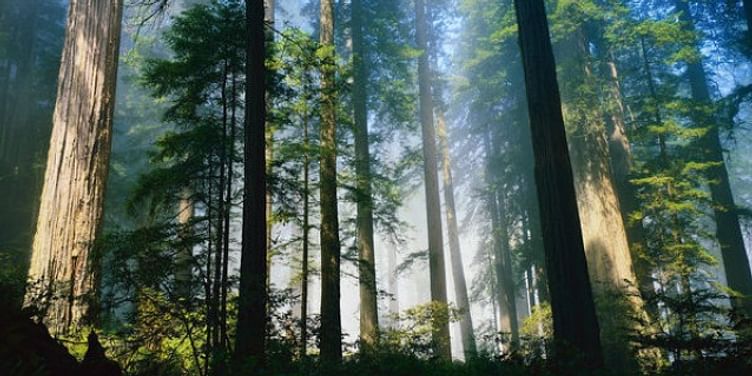 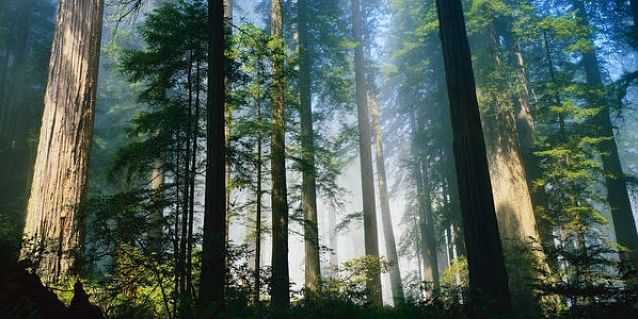 While on the US-Canada road trip, we visited the Henry Cowell Redwoods State Park in Santa Cruz, California, which is most famous for the 40-acre grove of towering old-growth redwood trees. And on its mile long trail, I learned some fascinating facts about the survival adaptations of the redwood trees - the oldest and tallest tree species on earth and how these learnings are so apt in building any strong family - corporate or household.

1. Their roots grow horizontally instead of vertically and intertwine with one another

The tallest tree in the world that grows to 300+ ft in height has a root system that grows only 6-12 ft. below the surface! So, how does it sustain and grow to be the tallest tree in the world on such a shallow root system, you’d wonder. Here’s how - They follow the United we stand concept - literally. Instead of growing deep, their roots grow out, extending hundreds of feet laterally and intertwine with one another. Wrapping their roots around other redwood roots, these trees create the mesh of roots and help each other stay in the ground firmly.

Even if a tree has been logged or fallen, its root system is still alive and it will keep supporting the other trees. This fine example of “One root system” supporting many trees demonstrates the sheer persistence this species has to survive.

1. None of us is as strong as all of us. When a leader of a company or a family promotes the culture of ONE team, a strong foundation gets formed that provides massive stability.

2. The leader should refrain from pitting one team against another because that makes the team self centered. When a tree starts focusing just on its own survival, it loses against time. When all departments help and support one other and work as one team, a stronger organization emerges with profound growth. And the distress of one department can be absorbed without much of an impact on the overall functioning of the company.

2. Their tenacity against calamities makes them sturdy survivors

Redwoods live so long because they are extremely resistant to insects, fire and rot. Most fires cannot penetrate the thick fibrous and almost fire resistant redwood bark. But get this - an intense fire may burn through the bark and hollow out a tree, but, if enough living tissue remains unharmed, the tree continues to live and slowly heal its fire scars.

Coastal Redwoods have the unique ability to survive rising soil levels over their immense lifespans. Rising ground levels are commonly brought about by flood deposits, deposits that typically smother other trees' root systems, killing them. The redwood simply grows a new lateral root system! Immediately after a flood, redwoods grow their existing roots upwards into recently deposited sediment layers. A second root system then develops from buds on the newly buried trunk and the old root system dies.

1. Be resilient to any unfavorable conditions. Tough times don’t last; Tough people do. Each one of us has the ability inside of us to get going. Believe in it. Tap into it. And have the tenacity to heal yourself no matter how badly you are burnt. Lick your wounds and get going.

2. When you think you can’t perform due to whatever reasons, grow the next level of leadership and then get out of their way.

3. The tree continues to support others even after falling

When a redwood tree is fallen, not only its roots continue to support other trees, but it also provides a fertile place for the new trees to grow. When it’s knocked over, it will attempt to create more trees via its limbs. And the limbs that are pointing up, will turn into trees. And that’s how row group of trees come into existence. They all are organized in a circle, clones of each other and identical to the parent tree. 80% of the redwood trees have been produced by the cloning process.

1. A leader needs to make sure that enough leaders like her are created under her leadership and are ready to jump into the action when needed. They are able to carry the baton forward with the same value system and never let her void be felt.

2. A leader should continue to provide support to other budding leaders even after she’s no longer playing the role of the lead. A family could conquer anything when the head thinks beyond herself and focuses on the bigger picture.

4. When in danger, the burls start growing into trees

The redwood burls are another survival strategy. The redwoods develop burls as seedlings, a trait that is extremely rare in conifers. Their growth is held in check by the presence of chemical signals in a living redwood. If the tree should die, or even be stressed, say by low rainfall or fire, the chemical signal weakens or vanishes and the burls will sprout new shoots and roots and burst forth into verdant life.

When the family is in stress, it’s the job of everyone (and not only of the leadership) to step up and do whatever is possible without being told to do so. Each person has to go above and beyond the call of duty. Only that can increase the odds of family’s revival.

5. One root family system provides support for the weak trees

Sometimes there is a tree in the family with a special condition - it doesn’t contain chlorophyll. The white foliage of the albino redwood leaves lack chlorophyll, which green plants need to make their own food. But because of the very nature of sharing a root system with a green-leafed tree, this distinctly white redwood sprout survives by getting its necessary nutrients from the parent tree. It doesn’t grow as tall as the others, but they play an important role. Latest research suggests that they act like liver and kidney and filter toxins that otherwise could kill or degrade their parent tree.

Have a culture where strong and weak all work together and help each other. Not everyone can be a star player. The leader is responsible for creating an all-inclusive culture. Each one brings some traits to the table. Don’t measure everyone by the same yardstick. Each one adds their unique flavor into the mix and that’s what makes family a family.

So, work as a team, support one another, put the team first, be resilient, ready 2nd tier and step aside when time. If you do that, sky is the limit!