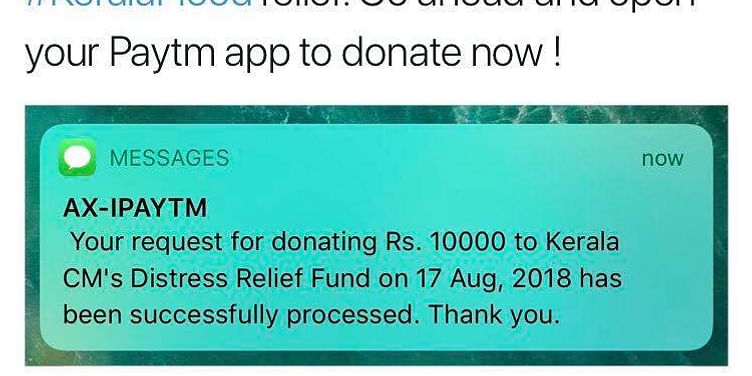 It is truly a devastating time for the southern region of India which has been hit by a disastrous flood that is being claimed as the worst in a century for Kerala. Hundreds and Thousands of people have been displaced and many have suffered a demise due to the massive calamity and an estimated destruction worth ₹13,000 crores have been estimated.

The world has come to the rescue for the relief and the CM of Kerala started promoting the Distress Relief Fund wherein a lot of top celebrities, businessmen and public has donated there fair share of funds for the victims.

Interestingly the billionaire founder of Paytm, Mr. Vijay Shekhar has been trolled on Twitter by a plethora of public for his miser donation of ₹10,000 only to the relief fund whereas the entrepreneur who was once alleged in a controversy with Vijay has generously donated ₹100,000 to the relief of the victims of Kerala and is continuing to donate more. 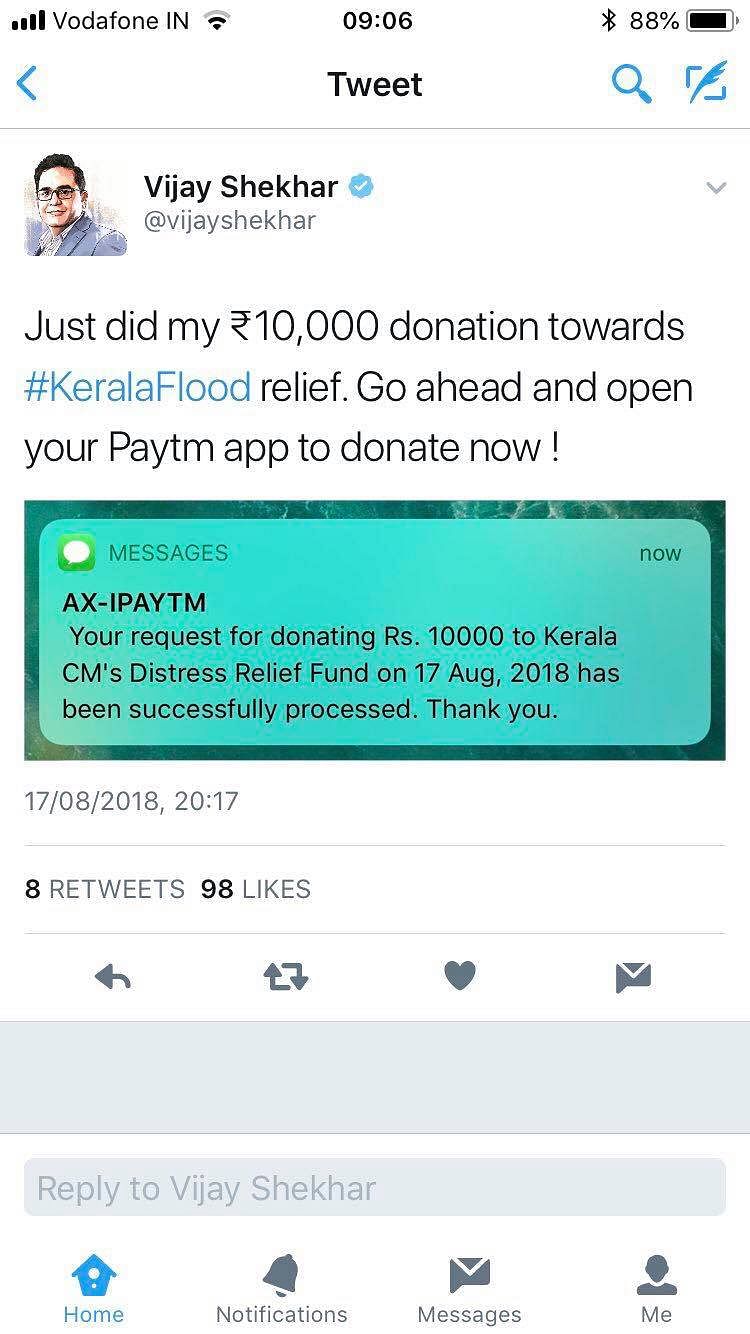 Sahil Arora, the now multi-millionaire entrepreneur recently posted a certificate on his Facebook that showed a donation of ₹100,000 which is 10x more than Mr. Sharma’s and public immediately started comparing the duo’s donations, to which -

Arora further commented that, ”Well, it’s more about giving our best than a competition of who donated more. Thoughts are always important but at these moments the relief calls for funds as a tool - so yeah, people should empty more and more.” 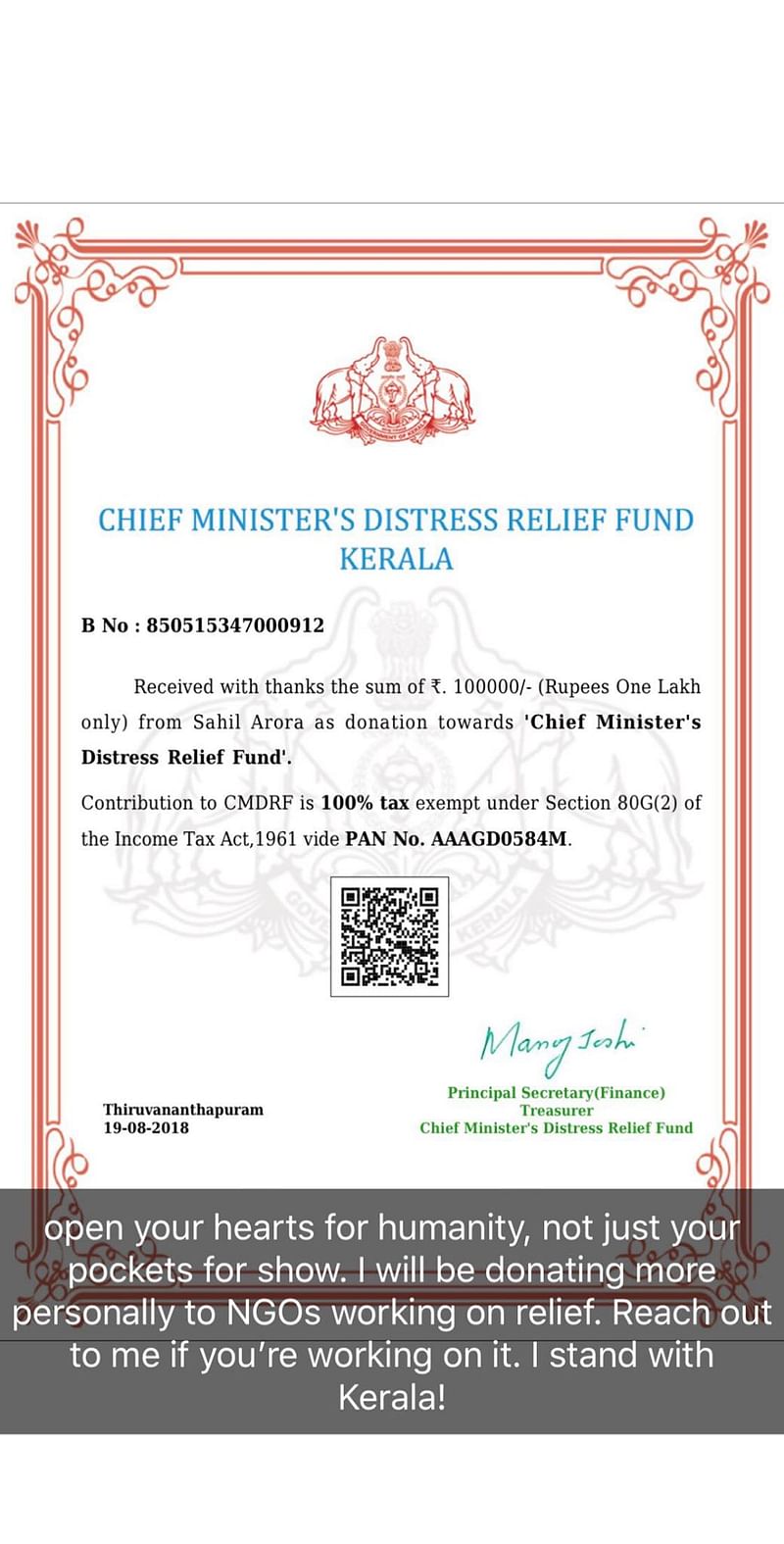 He is in plans to do a further donation equivalent to ₹1 crore through his network and strategic alliance that he is in-talks with at the moment for Kerala Flood Relief.

ZelaaCoin, Sahil’s cryptocurrency has previously donated a sum of 10 million to West Japan Flood Relief through the Binance Charity Fund and is very active in CSR recently. 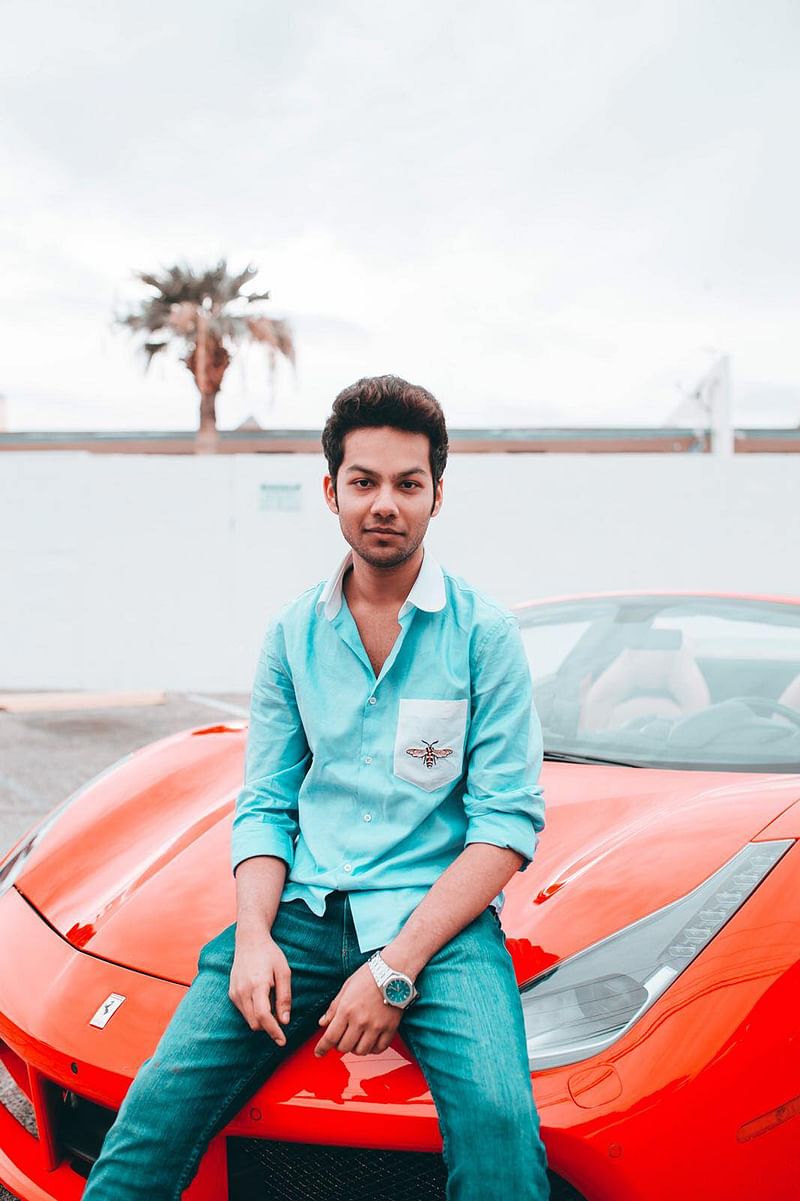 It is encouraging for the youth and public to see such acts of generosity and kindness towards humanity and we hope this results in positive outcomes for all.