An Interview: The small incidents that happen in real life inspire Shweta Taneja. 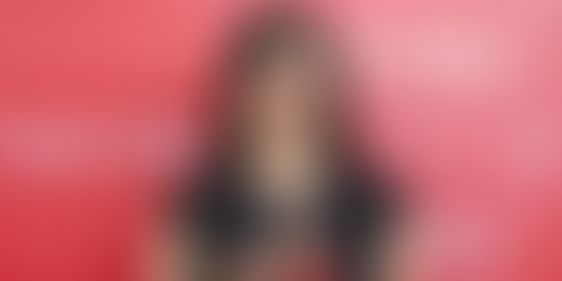 This is what Shweta thinks. She talks about the gist of writing.

I interviewed her and gathered few inspiring answers which can be helpful for upcoming writers and aspiring authors.

1. This isn't your first interview and you are a celeb author. How does it feel?

Thank you for the lovely compliment. I still feel me (well most of the times anyway), a girl who likes to walk in farms, hang out on street corners in a darshini or dhaba, have a conversation on life over a cup of coffee, watch the world go by. It’s fantastic to get love from readers, in emails, messages and reviews and recognition from the industry and media, be it in kind or in pay, especially in pay. It feels great, however, I try to keep a distance from it. You see success is not like a plateau where you can stand for a long time. It’s more like balancing on top of a rope, dangling between two flimsy poles, on one leg. So it’s best to enjoy the dance when it happens and then go back to your study and write some more.

2. Tell us about your struggle encounters that didn't let you move ahead in your journey

There were definitely struggles and more importantly, many failures. I won’t say they stopped me completely from moving in a direction, rather they changed my direction somewhat. Beginning of my career I had a tough time getting a full time job as a journalist and editor, something I wanted to do. At that time, jobs weren’t listed online, so you had to contact a magazine or newspaper you wanted to work for or have a friend who worked there. I knew no one in the writing industry so I had to make a lot of cold calls, email people, make new contacts and just apply and be patient. I did almost 150 calls and it took a few months. Eventually, I landed up with a job in Femina after writing for them as a freelancer for a few months.

Fiction writing was the same. I had no contacts and wasn’t sure if publishers would come back to me if I wrote to them directly. However, I did finish my book and send my manuscript across to all top publishers in the country without an agent. Most of them didn’t reply but after waiting for months, I got a yay from Hachette India for my first novel. That was a lucky break!

My learning has always been, again and again, to never, ever, ever give up. Pursue the path, no matter what kind of hurdles you find and you’re bound to reach somewhere. Also, another important aspect is to not always keep looking at a distant future. Enjoy the present, love the people who are supporting you now and take energy from them. The journey is important, even if it feels horrendous at the moment.

3. People read your books and columns. What do you wish they get from it?

A good story makes you enjoy the tale and leaves you with a little atom in your head, a thought, an idea, or maybe just an essence to make you think differently, help you in your journey, or just take you to a spot or a feeling that has been alien to you. This is what I aim with all my stories, be it short stories or novels, columns or writings for kids. I want people to sit back and get entertained by the story and to take away a little kernel, save it in their hearts and look at it later with wonder. If that happens, my purpose of writing stories is fulfilled.

4. Is writing well for a career in coming years? What specifically in writing?

I’ve taken this as a separate question since I think it needs more details. Most of the fields of writing, or any creative line for that matter, don’t pay as much as you can get in engineering or management careers. Having said that, writing now has a lot of fantastic options in the country and I can only see them growing. New job titles that I didn’t even know about: Screenplay writers. Radio jockeys. Storytellers. Copy. Comics. Books. Articles. Digital content. So many options. Yes, it’s a good career, in the sense that it can sustain your basic needs.

If you jump into writing to become the next bestseller, don’t. If you jump into writing, because you can’t get by another day without writing or think of it, then jump. Follow this career not to get a pot of gold in the end but to quench your thirst. That should frankly be the mantra for any career you take up. It’ll save you a lot of little disappointments on the way.

5. You stand out of the crowd now. Tell us about the time when you were in the crowd?

You’re never out of a crowd. There’s the first crowd, then there’s the second and it keeps on going on and on. When I was unpublished as an author, I wanted to be part of the published junta. That’s happened. Now I want to be part of another crowd. I think we’re constantly shifting crowds, desperate to belong, wondering where can we fit in best, thinking of hashtags and introductions that define us the best. Let’s leave the idea of crowds behind. Altogether. Don’t think of standing out of a crowd. Think of standing up. For your beliefs, for your passion, for something or someone that you’re crazy in love with.

6. If things don't stay as good as they have been this far - your next book doesn't sell as much the previous ones, for instance - do you have a plan B?

I always had a Plan B. Fiction writing, though weirdly addictive and soulfully satisfying, is a crazy profession. It’s like being on a rollercoaster constantly, without getting off, ever. (Except maybe when the owner has switched it off for repairs) Every year, I tell myself one more year, one more book and I’ll quit this and get a cozy job and just do one thing and get paid for it. Every year. But somehow, it’s been seven years and seven books and I still haven’t done it. I guess what works is, even if your book doesn’t sell, you write something else and then something else and before you know one of them sells.

7. What is your psychological tact in it?

As I mentioned, it’s quite a rollercoaster ride. Somedays there are highs, where I’m gleeful, where my toes don’t touch the ground, where I’m floating in the creative womb and somedays are the kind where not even one word gets written, where there’s a fat glob of panic sitting in my stomach, making me retch. Over the years I’ve learned that both are part of the creative process and distanced myself from the glee and panic. I think accepting helps in continuing this up and down journey. For it’s never going to change.

Both are equally important. Without a good story, you can stand on the topmost pile of social media and scream till your throat burns but you’ll not get readers to read what you’ve written. Having said that, many times, good stories sink into oblivion, into the endless feed that we all receive without due attention. The reason is that the right readers haven’t heard of the book at all. The trick is to write something really good, edit it well and then find that niche audience who is going to read it, own it and love it. That’s the mantra of success I think.

9. What inspires you? What helps you decide the subject?

It’s the every day, small incidents that happen in real life, tales of human miracles and of saviors, of demons and of death that fascinate me. All writers are collectors of things, ideas, thoughts. Sometimes it’s a conversation with someone; sometimes it’s just a bird or a plant, or something you read somewhere. Ideas come in wonderful times. Times when you’re sleeping, eating, shitting, showering, traveling. You jot them down and hope one of them stretches to become a story or a novel. Most don’t. I have a few dairies full of ideas. Once I finish one book, I scan through them and find a new one that still excites me and begins to write it and see where it’s going. After all these years, I’m still not sure if an idea will work, till I start writing it.

Write. Even if you’re not sure, even if words are hard to come by, even if someone dies or is about it, or there’s just so much to do and you’ve not had time to eat, write. Keep writing, till your fingers freeze, till your brain turns to mush, till you can’t breathe, till you can’t make sense of what you’re writing. Keep writing till you just become this tube, this wire, through which the electricity of creativity flows. When you subsume yourself in your writing, when you see the fears but don’t see them as yourself, that’s when the magic, the muse takes over your body and brings something wonderful on the screen. As Neil Gaiman said: “Being a writer is a very peculiar sot of a job: it’s always you versus a blank screen and quite often, the blank screen wins.”