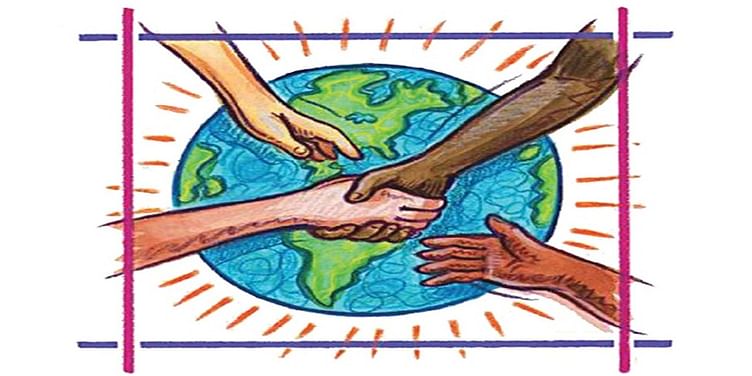 I do not recall the first time I met Pooniaji, not for any other reason, but that each time one joins a new organization almost everything seems a haze and a maze. Over the months, there was not much interaction with him, except for one or two times in passing by. A rather quiet man, I used to think to myself, but I, somehow, understood the quietness. Besides this, I have always wondered why we humans talk so much. 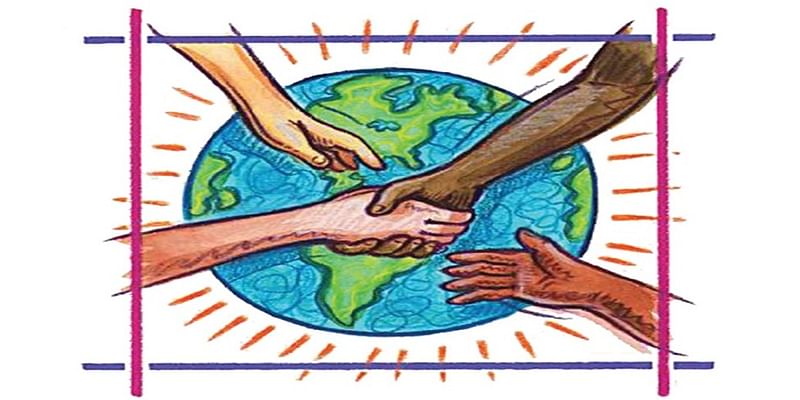 Coming back to Pooniaji: what’s interesting about him? His journey would be my prompt answer. One of my jobs at the NGO I recently joined is to scout for story ideas, thereby interviewing people, understanding their journeys and while being at it, living their journeys through their narrations. I remember Pooniaji’s words: “You can’t write a story, if you don’t feel it. And, you have to feel with the heart and the soul”. How true. In this technical and mechanized world, where the mind rules all, the heart is stored in the closet, dog-eats-dog, and ‘out of sight is out mind’ quicker than the speed of light, feelings and emotions need to be excavated and preserved.

“I have been in the field of development since 40 years. Can you imagine? I hail from a village; I have worked in villages, with villagers and for villagers, but, guess what? The enrichment is solely mine. My experiences are my ‘Pandora’s Box’. My assignment with the Sehgal Foundation started in 2000, when everything was new for almost everyone. What should we focus on, as an organization, I was asked? My answer then and now remain the same: education and empowerment. As simple as it may sound, the execution is not a piece of cake. Community mobilization, involvement and ownership are paramount for any intervention. Otherwise, what’s the point? It is like democracy. Next, I remember the selection of the region of intervention. Where should we start our work? Since Dr. Suri Sehgal, the founder, was clear that the area of intervention had to be around Gurgaon, we started work on identifying a region as per the brief. Mewat was our choice. The low literacy rate and high poverty level made it a sensible decision,” says Pooniaji reminiscing about the beginning of the foundation’s journey, some 18 years back. He is a good narrator; I thought to myself – almost a story teller, as I travelled down memory lane with him.

As the journey unfolded through his calm yet animated voice, it was not difficult to understand the challenges that must have been. Changing mindsets, I thought to myself, must have been the hardest of them all. But why are we always set to change the other? Perhaps, because change is constant, yet dynamic. And, perhaps, because we are all catalysts of change. However, the ego, traditional patterns cast in stone with the passage of time and resilience are some factors which contribute to resistance to change. “Development is a slow process. Bringing about change is not something that happens overnight. It takes time and trust,” continued Pooniaji. He carries on describing the genesis of the work, by the foundation team, way back in 2003: “Initially, we had thought of working with existing NGOs in the region, but then opted for direct intervention by the foundation team. Since, slow and steady would be the principle used, we introduced the subject of tailoring. Everyone was keen. Why? It made economic and social sense. But, how can one be a tailor, if one can’t measure? So how about learning basic math? Thus, germinated the idea of education. Why don’t we go a step further and encourage a more all-round form of education? Henceforth, there was no looking back. One thing led to another.”

The real-life example that became a beacon was, in its own way, an amazing one. It not only showcases how a single person can bring about change, but how love and respect for one person can bring about a much needed, powerful and sustainable change. “I still remember this man, with whom I shared a deep bond thanks to the development work done previously. He was a father of five girls. I asked him once if he would contemplate sending his girls to school. After all, there is no harm in trying out the option. He agreed. And, I still recall the man’s pride in his voice when he mentioned how his daughter had read out a newspaper article to him and how she had stitched clothes for the family on the occasion of Eid. That emotion left a deep impact on me. I strongly felt that the work we had been doing meant a lot to someone, somewhere.”

It is heart-warming to see how one example can set many examples. How love, respect and courage can set into motion a Domino Effect. How the world goes round, when you decide to stand up and set things in motion. Many times, I sit and wonder too – about my objective in life, about the reason why I am here on this earth, about why I do the things I do…Perhaps, because somewhere, someone, somehow benefits from them, or so I hope. My thoughts were broken by the word ‘Fatwa’. The foundation had faced this tough challenge in 2011, which is when one of the programs called ‘Family Life Education’ had to be terminated. The foundation, however, was encouraged to continue its work as people felt the need for the good work to carry on. “It coerced us to understand the origin of why certain actions bigoted certain reactions. It encouraged us to think from the other’s perspective. To understand what could be changed, what should be changed and what would not change. I remember a man asking me why we wanted to bring about change. And, I recall my answer to him that it was not only we bringing about change but that in the very process we were also experiencing change. And, I think that is very important. The process of bringing about change leaves a deep impact on all stakeholders,” adds Pooniaji.

We may have heard of the quote that it is not the destination but the journey that matters. How true, indeed, I think to myself. Pooniaji recalls his experience with ‘culture shock’. “Once I had to discuss something important with the village Sarpanch and was given a time slot for the next morning. I reached at the appointed hour, but since someone else was already present, I was requested to come at another time. The man in question looked distressed. I was curious and asked the Sarpanch about the cause for worry. The man chose to explain in his own words: his son-in-law had whisked the man’s son away under the pretext of a job. He added that some years back, his son-in-law had eloped with his daughter. Perplexed I asked him to clarify. The poor man clarified that the case had been with another of his daughters, whom he (the father) had, actually, not really bothered about getting back, since parting with this daughter was more of a relief than cause of worry. With his son, however, the act was not pardonable, and called for police intervention. I was stupefied: A father considering his daughter to be such a burden that good and timely riddance was the best solution possible.”

Pooniaji’s stories leave one flabbergasted and rudely awakened, like for example the story of a mother who called her son ‘chhokra’ or boy, as in her journey of being sold and resold for over countless times, she had lost track of, perhaps, her own identity, let alone a part of herself. Or perhaps of the man who was asked the sum of 2 plus 2, to which he replied 4 rotis, as the latter was the crux of his life and being, or the woman who thought that God had taken a human form by saving her husband who had been written off to die of asthma, when what he was, actually, suffering from was curable Tuberculosis.

Pooniaji’s stories go on and on…he talks about his mother and the fearlessness he has inherited from her. The ability to voice truth, irrespective of the consequences. That is courage. In the true sense.

I wonder to myself if I could make a change, somehow. I share with him the inhibitions about travelling. I have never been a reasonable traveller. Different people are born with different affiliations, objectives and callings. I do not think I can travel like him, but what I can do is describe journeys and I think I do a pretty good job at it. Each his own, I guess.

I ask him what the biggest gift he received all these years was: “When I heard a little village boy say ‘Pooniya aagayo re’ (Pooniya has come) in his sweet yet powerful voice. That is the biggest gift I received. The gift of belonging.”

Freelancing in the Media & Entertainment Sector in India