LawMate.in a startup founded in Goa to assist entrepreneurs with legal compliance 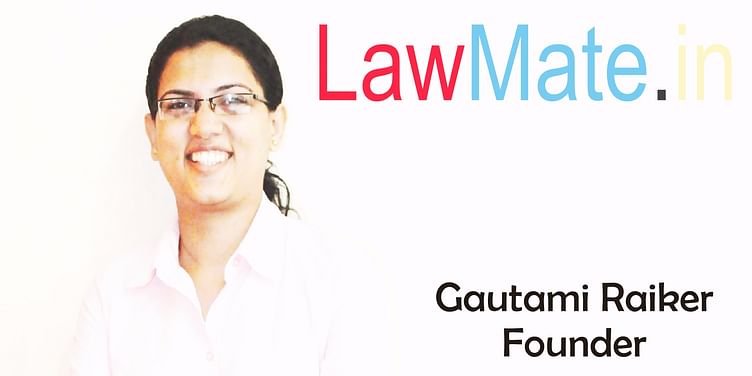 "Since I graduated from Law school, I always wanted to cross the barrier and do something different in the legal profession.. " Gautami Raiker, Founder of LawMate.in

Lawyer turned Entrepreneur, Gautami born & brought up in Goa , a Law graduate passed out from G.R. Kare College of Law, Goa University in the year 2013.

After graduation, she immediately joined practise which did not interest her much. What is taught in Law School is much different from what is experienced in Courts. Subsequently, Gautami joined an LPO in Goa to experience the Corporate side to witness if there is something more to learn that will create interest. As time passed, found no reason to stay as there was no way to grow herself in terms of Indian Laws & contributing to society. 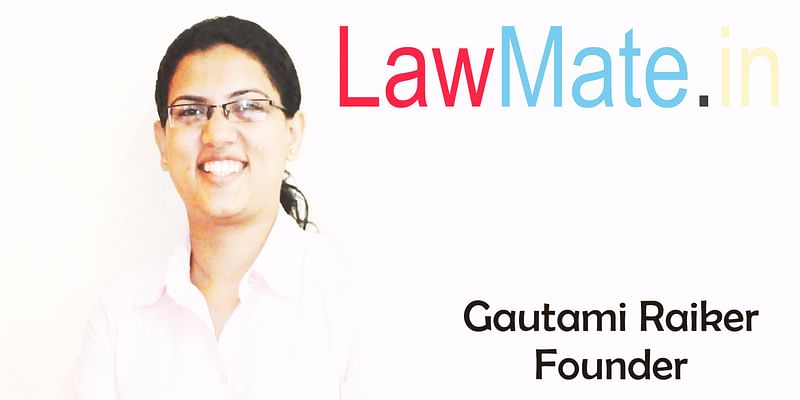 In the year 2014, overturning her profession, Gautami decided to take up a job in an altogether different job sector and joined a Technology Business Incubator (CIBA) in Goa. Her job profile as "Project Coordinator" was to organize entrepreneurship workshops for aspiring entrepreneurs, creating awareness among college students on the concept of entrepreneurship. Being completely new to this, she took up the challenge to learn something new and different.

A TURNING POINT IN CAREER...

Being employed in CIBA, she learned many new concepts that a Management student would learn including the marketing strategies. CIBA being the foundation of Goan startups to launch their business, many people seek assistance for legal compliance or requirements to start a venture. Surprisingly, there was no full-fledged service provider to startups in Goa.

This is exactly where I decided to conduct a research on agencies that support entrepreneurs in Goa. In particular, for legal services...

In 2015, a new door of opportunity opened up for Gautami. She then joined as "Junior Executive" at G.R. Kare College of Law, Goa handling placements, assiting entrepreneurship cell, etc.

BECOMING THE FOUNDER OF A STARTUP

Considering the difficulties faced by aspiring entrepreneurs in Goa to know the accurate legal compliance for their new ventures, made Gautami to find a solution to this. By the end of the year 2015, she prepared a business plan identifying the market segments, strategy, services to be offered, etc.

Meanwhile, a new opportunity visits! In early 2016, Gujarat National Law University, Gandhinagar organised a global level startup competition in the field of Law. She participate with the business plan and named it as LawMate.in

This was the most motivating incident in her life where she bagged second runners-up prize in the Competition. Gautami received mentorship from Entrepreneurs, Industrialists in Gujarat for LawMate business idea.

Just when she returned from Gujarat, the decision to launch LawMate was made! 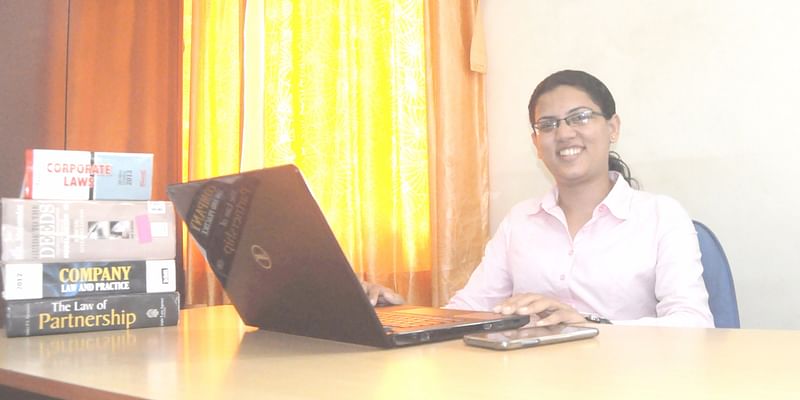 LawMate.in was a dream come true. Gautami, as Founder of LawMate.in is providing services such as business incorporation, obtaining licenses from Government authorities, drafting Agreements, and acting as an Advisory board.

Think beyond the box... Be smarter to create a difference!!