Success secrets of the 5 best messenger apps for 2017

Read the below article about the top secrets of messenger apps in 2017.

All you need is - food, clothes and shelter - to keep you in fine fettle!

The fourth addition has been made decades later when technology is at its aggressive boom, and this addition is nothing but a smartphone with some coolest messenger apps on it, making you connect with your loved ones on the move.

These messenger apps are pure success bombs, and have definitely ramped up the way we communicate.

And, today, we're here to discuss why these apps have been experiencing the inflated form of success and popularity, and are stomping all levels of competition.

Read the Success Secrets of these Top 5 Messenger Apps

iMessage has huge gravitas in the business, for being an Apple-exclusive app that lets iPhone as well as iPad users share texts, images, videos, effects and lots more. Group chats are also a possibility with iMessage. Despite being an Apple app, it can be used on Windows as well, with the help of an emulator. iMessage on PC requires Bluestacks emulator for download.

• It's easy to identify if the messages received are regular SMSes, or that of iMessage. Thanks to the Push Notifications!

• The app can be easily synced between various Apple devices.

• An Apple ID is all you need to access iMessage on various iDevices.

• Group chats are a winning feature, allowing all participants to see what's happening in the particular trail.

WhatsApp is a success of a different ball game, broadly based on the ease and speed of messaging in real-time. Share texts, videos, voice calls, audio recordings, GIFs, stickers, emojis and everything in this ideal world that lies within the bounds of possibility for this app. Group chats are also available. All this is free, as the app uses your internet connection, and doesn't come out with a subscription fees. You can also make international calls using WhatsApp.

• Uses your phone number for registration.

• Push notifications help you know who is trying to reach you.

• You are always logged in, provided you've your data plan on.

Full points to Facebook Messenger for assisting us in connecting better. The app has made it easier and quicker to keep in touch with our circles by sending texts, voice messages, video calls, audio recordings, documents, GIFs, stickers and much more.

• Facebook Messenger is a roll-out from Facebook, the behemoth. Trust, for its quality, comes naturally. Doesn't it?

• Registration happens not just via Facebook, but also your mobile number.

• There is a multitude of things you can share, and make video calls of great quality with over 50 participants in a loop.

• Allows easy transfers of money via Visa and MasterCard.

• Snapchat-like status updates and funky filters make it beat its own game.

• Strong encryption that blocks accessibility of data to prying eyes.

• Facebook Messenger can even work on a mediocre internet connection.

If there's any competition to Facebook and WhatsApp, staring right into the eyes of these biggies, it is from the Snapchat. The imitation of status features by Facebook and WhatsApp is a living testimony to the fact that these giants are feeling intimidated by Snapchat's growing clout. The app lets you put messages/status updates, which disappear after 24 hours. So, if you wish to re-read a particular text that exceeds a day's time, you will not be able to do so. 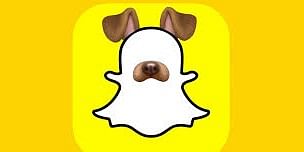 • Isn't Snapchat unique by its core idea? We haven't heard of the concept where messages vanish after 24 hours until Snapchat happened.

• Snapchat is simple. Open the app, and you will be camera-ready to put the fun status updates.

• Snapchat has an in-built editor to give your photos a compelling effect that might make your followers stop in their pyjamas.

• It's instant, easy and highly intuitive.

Viber has been done in the real spirit of an instant messaging platform; an app that enables you to send text messages, call, chat, and share anything with anyone, anywhere in the world. You can also make hassle-free long distance calls with no stress of data leaks, as security aspects are well-dealt with here. Features like 'Damage Control' (deleting messages even after they've been sent) and 'Hidden Chats' add a lot of weight to its stature. 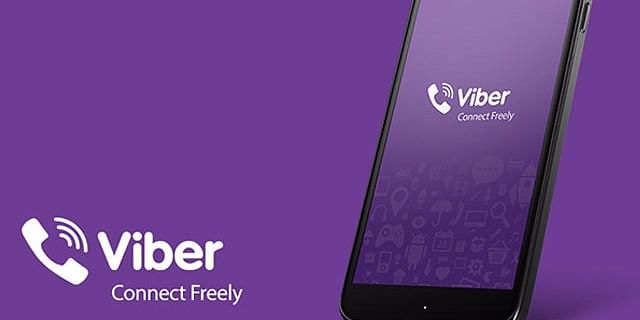 • Stickers on Viber are the fulcrum of its tremendous success, and rightly so. As a user, you will not be finding such great-looking, fun-filled stickers anywhere except Viber. Its suite of stickers helps this app acheive a leg-up over its competitors.

• Unmatched quality of video and voice calls, where international calls are no different.

• Viber also lets users send money. However, this feature is new, and will take time to establish its credibility in the markets.