Ostracised, ridiculed and questioned in unspeakable ways, Arunachalam Muruganatham faced the ire of his entire community and the abandonment from his family in his quest to provide rural , underprivileged Indian women with a safe period. But his will prevailed, and now thousands of women across the world are empowered because of this wave of affordable awareness.

(Victory is certain, I swear on the Vedas….)

The local butcher sang a popular Rajini number, ringing his bell as he cycled past a nondescript house in Kovai, Tamil Nadu. A man in a plain white vest, carrying ominously soiled pants to wash, stepped out of the house and headed to the local well, bucket in hand. People across the street made a beeline in the opposite direction on spotting him.

‘He is the shame of this village. A pervert.’

‘He has unspeakable diseases in the lower half.’

None of these insults were whispered too low for him to hear, and none were new to Arunachalam Muruganatham. How did anyone else matter, now that his own wife, ashamed of what their village was saying, had left him? It was cruelly ironic, though – he had started all this for his wife’s benefit, yet she was the first one to leave him.

The first mover is lonely, and loneliness lends an unbreakable resilience.

When they were newlyweds, Arunachalam had stumbled upon Shanthi hiding something from him. It’d equally shocked and disgusted him to know that she was using nasty rags (so unclean that he later confessed he wouldn’t even have used it to clean his scooter) during her menstrual period. This led him to the chemist’s to buy her some sanitary napkins which he found were grossly overpriced compared to their raw materials. Around the same time, he also discovered that rural Indian women were using even more reviling means of dealing with their monthlies – leaves, mud, ash, whatnot, all because of the stigma attached to menstruation and buying a pack of pads from a man in a store.

He had no one else to help test the product, so he tested it on himself.

Being from a textile background, he was convinced he could make the same for a fraction of the cost, and thus empower rural women to lead normal lives by giving them the freedom to move around unembarrassed. This was the beginning of the struggle that followed the vision – he had an idea that robbed him of sleep and left him with an unshakeable sense of purpose, but the relevant research in a community shrouded in superstition and orthodox gender barriers eventually left him short of any respect, and short of the people he loved. His mother left soon after she discovered he was studying used napkins in their backyard. The community he had grown up in forsook him because they did not know he was wearing a fake bladder full of goat’s blood from the butcher to test the working of the rudimentary pads he had designed. They only saw soiled pants, and a man with a determination they understood to be insanity.

It took more than two years for him to discover, under his circumstances, what commercial sanitary pads are made of. It took him five more years to design a machine that was capable of producing 300 napkins an hour at a tenth of the cost of the machine used by MNCs for the same purpose.

And by then, word had spread that this man was onto something revolutionary.

Everybody wants to be part of your celebration, but nobody stays by you when you are sweating for it.

Most of his clients are NGOs and women's self-help groups, owing to the affordability of the manual machine that costs a maximum of INR 75000. Each machine converts 3,000 women to pad usage from their previous stage, and provides employment for 10.

"My aim was to create one million jobs for poor women - but why not 10 million jobs worldwide?" he asked, upon learning that the Indian government had dealt his home-run enterprise a blow by choosing not to work with him - it announced that it would distribute subsidised sanitary products to women from lower economic strata.

Having sold thousands of such units across India and taking his one-of-a-kind invention to more than 100 countries including Kenya, Nigeria, Mauritius, the Philippines, and Bangladesh, he is not restricting himself to any boundaries of growth.

Not the one to ever back down, "I want to create a second white revolution," he said.

He is well on the way to achieving one. 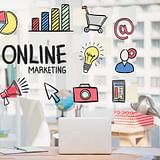