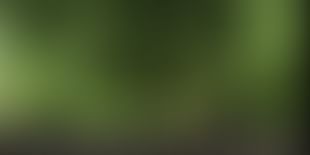 Our environments temperature is growing more faster which we thought and we are not taking any corrective steps!

As study says that there are more gadgets in the world than there are people, including a growing number that only communicate with other machines, according to data from digital analysts at GSMA Intelligence. The number of active mobile devices and human beings crossed over somewhere around the7.19 billion mark. Sources

We are team of environmentalist and we were searching a mobile apps company. This topic came after talking to fantastic team of StarTele Logic. Thereafter I asked to Apple that how much heat an iPhone produces in a day or how much heat iPhone inject in the environment if someone is on phone call for hour then how much heat it produced. Apple is not sharing any info currently. Apple is really really tight about all its info. The official channels have nothing outside of heat as a repair safety issue." Apple is set up for the international safety standards for tech gear. There is not really any published information about exact temperature readings. https://support.apple.com/en-us/HT201678. Apple’s devices market share are growing very fast therefore, Apple team was ready to open ticket and investigate although I am awaiting a detailed reply from Apple (Apple Tkt ID 100174860346). Also I tried to reach out other devices manufacturers and asked same question but not a single devices manufacturers are ready to share the information.

More than 1 billion Apple devices are in active use around the world sources , also android OSs devices market share is more than 86% and it will grow very fast in coming years. Overall, Gartner said smartphone shipments grew 4.3 per cent in the second quarter of 2016, year over year. It pegs global sales of smartphones at 344 million units in the quarter.

Similar case with other devices manufacturers, As all of us have experience while using WhatsApp, YouTube or Facebook apps our devices sometime it’s become burning device..Do we ever think that this heat will cause to our environment or our health? Or have we ever thought how much heat our HD TV injects in the environment or increase temperature around that area?

Every enterprises want to develop an apps and if vendors offer less cost and short timeline then generally we choose those vendor but do we ever think what the standard they follow while development? Or ever thought that apps cause to our environment? Also we get a substandard app which drained the most battery life, mobile data, and storage at the same time we should avoid using such app which increase devices CPU or over heat.

An average person owning a smartphone uses it for 5 hours a day and most of the people use it and imagine if it was removed from our life or if we decide 1 hour a day to use smartphone than we would have 4 hrs extra in our life each day which we can use to interact with people not through social media but physical interaction or can meet an extra prospective customer in a day than how exciting is our sales funnels? Also the complaint of less time in our life should go away and by doing this you can reduce e-waste and we could save our environment too.

Minimum use of smartphone will help to reduce your neck pain or some other disease Ref; if still you want buy a device or you want develop an app than our responsibilities become very very important while choosing apps development vendors and we left with two options:-Artificial Intelligence which also a good options to perform multiples task from a single app whether to book cabs or your banks or healthcare and many more features you can access from the Artificial Intelligence app. Although AI based app development is a costly affair. Second option to search a best company who should not a just a mobile app but also developed apps which do not put pressure on CPU, minimum mobile devices ROM usages.