Flutter vs React Native: What to choose to build your mobile app in 2020? (developer insights) 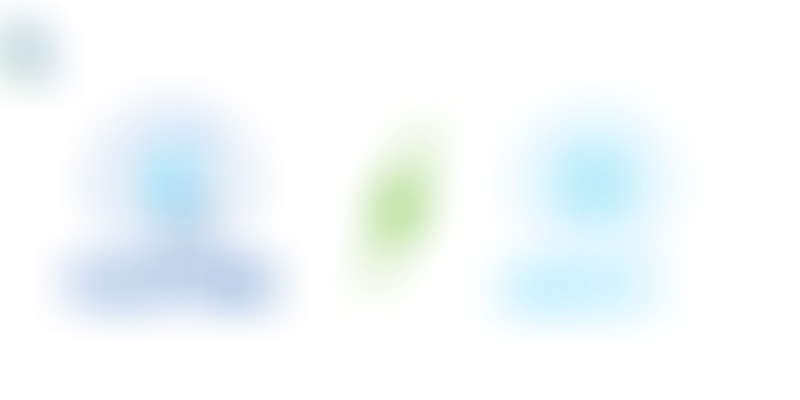 An easy-to-read blog by an experienced developer that lets you know the difference between two important app development tools flutter and react native.

As a layman, if someone asks ‘I have to create a mobile application but I’m not sure which platform I should go for, Flutter or React native’ What will your answer be?

In this article, I will try to cover all the aspects of both platforms and why you should go with that for your very next mobile application. We will also share with you the trend of 2020; which mobile app development is preferable to go with and why is it so.

If you see the google trend then there is a very close call between Flutter and React native but let’s dig in a little deeper and start with the very basic things.

Flutter is an open-source UI software development kit created by Google. It is used to develop applications for Android, iOS, Windows, Mac, Linux, Google Fuchsia and the web from a single codebase. The first version was released on May 2017 with the name of ‘Alpha v0.0.6’

React Native is also an open-source mobile application framework created by Facebook. It is used to develop applications for Android, iOS, Web and Universal Windows Platform by enabling developers to use React along with native platform capabilities. The very first version was released in March 2015.

User Interface the word itself includes users, users who decide your app is worth it to be on their phone or not but how they decide your app is important for them basically everything that a user can see and interact with. UI builds a connection between your customers and your app, so it is very important from a business point of view. At the end of the day, User Interface influences the retention rate.

When you try to work on the User interface to create an app by the block component, you will find a vast gap between Flutter and React native and. React Native is based on native components, however, Flutter works fantastic with the proprietary widget sets, owner widgets are quite exciting and are the best for getting a customized UI design that will give dynamism and native support.

But which platform is most useful best for user interface? Flutter or React Native?

By the above facts React native leads on the User interface, but Flutter is learning from their feedback and constantly improving itself.

When we talk about a programming language, it plays a very crucial role to build your application, in fact, it is a programming language that drives your app as it planned. Flutter works on a different programming language and it’s called Dart which was also developed by Google itself in October 2011 by Lars Bak and Kasper Lund designer. Wherever React Native lets you build mobile applications using only JavaScript and in JS there are zillions of opportunities to explore because JavaScript or JS has become widely accepted by developers and programmers, Dart is very easy to write codes in but it comes with a low learning curve.

So it all comes down to personal preference. If you are well versed in developing using Javascript, then React Native is an ideal selection for creating your hybrid app.

According to Stack Overflow’s 2019 Developer Survey report, Javascript is the top programming language used by developers with approximately 71.5 per cent of the professional developers who participated in the survey reporting having used Javascript.

On the other hand, the Dart programming language is not as widely used outside of Google. Dart has been designed in such a manner that it makes compiling of native code faster and it is simpler to customize widgets. Though the adoption rate of Dart in the industry is not very high, the subset of the developer community that has been working it has all good things to say about Flutter.

Which programming language should I go for? Javascript or Dart?

React Native is clearly dominating by keeping programming languages in mind as JavaScript (JS) surpasses Dart in both terms whether its easy adoption or it be popularity-wise. Dart also has a great set of features but it’s not so popular in the developer community.

When choosing a cross-platform mobile app development framework, it’s advisable to consider its technical architecture and scalability. By understanding the internals of the framework, you can come to a decision and choose the one that is better for your project.

Flutter uses the Dart framework which has most of the components inbuilt within so it’s bigger in size and often does not require to build a bridge to communicate with the native modules. Dart has many frameworks, like Cupertino, Material Design, etc. which provide all the required technologies needed to develop mobile apps. The Dart framework uses Skia C++ engine which has all the protocols, compositions and channels.

Skia is used by both Flutter and Fuchsia. Flutter does not have a roller that continuously rolls the latest Skia into that project., so developers must manually perform the actions. Flutter uses DEPS to specify third-party dependencies.

Although each project is building at a different revision of Skia, Thus, the versions of Skia being used by Flutter must be “source compatible” — Flutter must be capable of compiling against either revision without any change to Flutter itself.

The Flutter engine has all the components in the framework itself and it is not dependable to build a bridge to communicate with the native components. However, React Native uses the JavaScript bridge to communicate with native modules, which results in limited and poor performance which leads to architectural disasters. So Flutter is a clear winner when it comes to technical architecture.

Installation should always be easy without solving too many puzzles and complicated steps so that it could be easily adopted by developers.

Flutter can be installed by downloading the binary for a specific platform from its website or Github. In the case of macOS, It can download the flutter.zip file and add it as a PATH variable.

Flutter and React Native lack one-liner installation with native package managers for a specific OS, but Flutter installation seems to require extra steps for adding the binary to PATH and downloading it from the source code, which might be useful for the non-JavaScript developers. React Native can be installed by just using package managers and without the hassle of downloading the binary from the source. So in one line react native is taking lead here.

Documentation processing is very tricky and tedious. However, Flutter is very good at documentation, it makes the developer’s life easy by allowing them to use them while documenting their applications. Hence as far as documentation and Toolkit is considered Flutter is the best option when compared to the counterpart.

The documentation process with React Native is not well organized. The framework deletes those components which are useful to make the process smooth. Hence it is evident that tools bring a tough competition between the two frames. Hence here Flutter is the clear-cut winner.

Flutter and React Native both have their own pros and cons so it is very difficult to determine. Both the frameworks have their own ups and down points in terms of stability, performance, documentation and other aspects as mentioned above. but since Flutter is a new framework it may require some more time and few releases to get stable compared to react-native.

So we come to a conclusion and declare React native a winner and smart choice to start your mobile app development Considering the comparison above. Flutter has to concur a long way and it surely will have an impressive future.

If you have any doubts, input or suggestion regarding this article then you can comment or contact me on Parth@archisys.in

Popular Apps that are made with Flutter & React Native.

Archisys also provides Dedicated developers on hire, hire from a pool of trained and tested dedicated full-stack developers in India, USA, UK, Canada with our flexible resource model that provides service on a full-time, part-time and hourly basis. Hire an individual or complete team to Develop applications to help your company to reach globally.