How to get Featured Snippets on Google 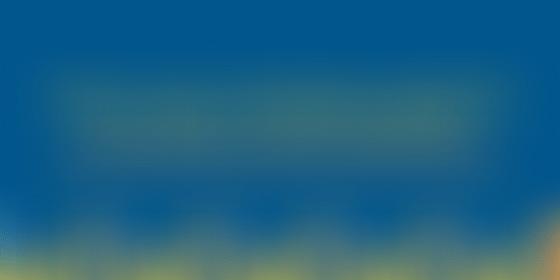 Google’s featured snippets are the quickest way to grab a user's attention. It stands out from the rest of the search results as the result is shown separately in a box with truncated content, which is bound to make the users more curious.

As a digital marketer, my life intertwines with Google on a day-to-day basis. The constantly changing algorithm rules means we share a love-hate relationship.

Featured snippets - the #0 rank position is something that I have been trying to crack for a long time.

If you are someone who has been trying to crack into the featured snippet position, this one's for you.

Basically, a snippet is used to refer to small, reusable pieces of code that can be integrated into a large codebase. In Google’s parlance, a featured snippet is a block of text that is shown in a box, distinct from other search results and that which answers a question directly. The featured snippet also would have the page title, the URL and the link to it.

When I searched for ‘what is a featured snippet’, this is what I got. Most probably, this is what you would also get in the #0 position if you search for the same phrase.

The fun thing about featured snippets is that it doesn’t require you to move mountains to get ranked. All it takes is few changes in the way you create content and publish it.

Ok, Google. “How do I get a featured snippet?”

There are a few things that you can do differently while creating a post as well as when publishing it that will help you get featured as a Google snippet. A roundup of those few things are below:

Rank on the first page

To get started, posts that rank in the first page stand a fat chance of getting a featured snippet. You don’t have to be on the first position, but your post must be on the first page. Also, it is not always the page title that gets ranked. Most often is H2/H3 titles that are picked and shown as featured snippets. So careful attention while writing content. You must include the search phrase in the heading and also create content that is relevant to it.

Which brings us to the next point of asking and answering questions.

Answer questions to the point

It is no surprise that Wikipedia has 11.2% of all the top 20 websites that get featured snippets.

So Google’s algorithm has a way of scanning through the content (headers as well) and verifying if the para that follows serves as a good answer. Overall, if the page ranks in the first page and the featured snippet requirements are also met, the section gets featured.

Also, there are specific forms of content that are mostly ranked as featured snippets. One among them is list-based answers.

One thing that I noticed and something that you will also notice about featured snippets is that they truncate long-lists. While truncating may be a red-flag anywhere else, in featured snippets it helps pique up the curiosity of the user. The truncated section helps in tempting them to click on the link and read more about the section. Perhaps, this is one reason why featured skippets get more CTRs than the rest of the search results.

So, while you are creating content, bear in mind to put down answers in long lists. If the entire blog is talking about a section, try to create a list of all internal links to each section which might help get the section ranked as a featured snippet.

Be mobile and voice-friendly

The same goes for mobile. The snippet friendly displays more information in the form of tips that helps users consume ready-made information. In mobile results, there is a direct CTA which directs users to click on a button to visit the button. This is more convincing than a desktop version. All said, to make featured snippets work your way, you must make your page mobile and voice-friendly. Studies suggest that a web page should be at least 2312 words long to be voice-friendly.

Your URL must be HTTPS

Google has been rooting for a safer web for a very long time. It has been pushing webmasters and everyone who owns and uses a website to move to the HTTPS mode which is secured with encryption.

It is also a known fact that HTTPS websites rank better than HTTP websites since website security is counted by Google as a serious search signal. At least 70% of Google’s first-page SERPs are secured with HTTPS, found a Backlinko study. So, if your website is still running on HTTP maybe it is time to switch to HTTPS to help it rank better in featured snippets.

Bringing it all together

Making a post rank as a featured snippet is possible. The first step to it is getting the page rank first on Google search. The content and its headers must also be optimized for keyword friendliness. Questions and relevant answers are also easily picked up as featured snippets. And, don’t forget to make your page mobile and voice friendly.