How is BlockChain Changing the Landscape of Digital Advertising? 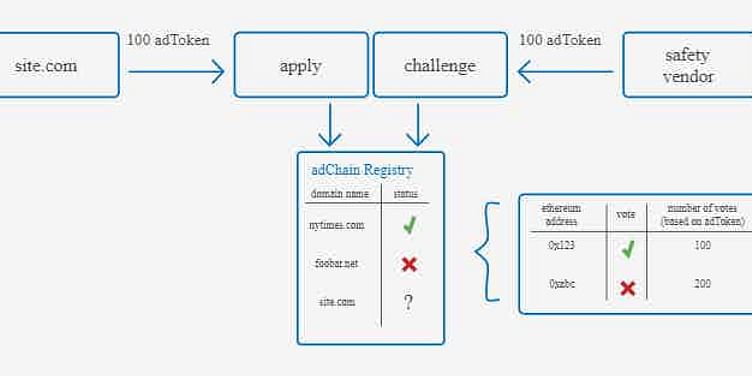 Blockchain is the latest technology, people are associating with the finance market these days, but it is not limited to that. Even in digital advertising blockchain is integrating with various advertising platforms.

Blockchain is the latest technology, people are associating with the finance market these days, but it is not limited to that. Even in digital advertising blockchain are integrating with various advertising platforms. Basically, blockchain is a distributed transaction record between a network of people, requires no central control. Data is stored in a secure server located around the world.

The usage of blockchain in digital advertising is very unique. The traditional advertising platforms were using users' browsing habits and invading their personal space. Now with technology like blockchain can directly connect the advertiser to the right target audience and make the transactions safer.

Let’s look into the stats

If you see the Google trend for “Blockchain advertising” is on its peak.

Why blockchain is emerging in the digital advertising space?

Well, the advertising giants like Google, Facebook, and other platforms were ruling the advertising space for quite a long time. These platform owns the data and manipulates sometime to make a profit.

A lot of news surfaced around data inflation, data discrepancy, faulty metrics which help companies to charge you more then you suppose to pay for specific campaigns.

Data is more vulnerable today and ad tech vendors are using it as a profit-making strategy.

Even if you are a publisher, how would you know you are getting the amount you are entitled to.

Kanstruktor over at Steemit explains: "Decentralized network between advertisers and publishers through caching, and logging of clicks and leads, key statistics, personalized nodes in the blockchain operator MetaHash (fork of Ethereum – ERC20). It is a basic principle of protection against fraud and concealment of data on actual transactions from advertisers, or making unrealistic target bots in the traffic of publishers instead of real users."

People providing their personal information to these ad tech vendors in the exchange of rewards, but some companies use their data without their permission. These practices are unfair and illegal.

In this case, a technology has to emerge in advertising space to help the marketers to take control of the data accessibility, privacy and reliability.

Data is precious whether you are an advertiser or a publisher. Now with the help of blockchain technology advertisers are able to fetch the right key performance metrics and accurate data draw the campaign strategy.

Data is distributed and shared across the network. It reduces the chances of data theft and alteration.

Blockchain brought a very important feature in the advertising industry, that is transparency. Now the publishers know exactly who is playing them to advertise, and the information flow within the network.

It’s time when advertisers should be able to connect with users instead of the traditional auction technique for ads. And blockchain help establishing that connection by removing the middlemen that could be payment methods or banks. But currently, Google and Facebook seem to be the biggest middlemen, ask you to pay them to show ads every time you run the campaign.

Now the process of buying media is quite simple when advertisers can directly connect the publisher/ consumers and remove the middle medium coming into your way. It can increase the cost per thousand impressions CPM by $4.

Now the campaigns will be based on accurate data-driven. An ad will be visible only when the audience meeting a certain set of conditions. You are not getting charged for faulty clicks or video views scams.

With blockchain, advertisers would be able to collect the right customer information and execute a more fine-tuned campaign according to their customer journey. By doing this, advertisers don’t require to pay for the clicks and impression they don’t need.

How many times do viewers see the same ads? You can’t control most of the tools you are using right now. But with the blockchain-powered tool, you get access to control the ad frequency and limit your ad spend.

Countries are taking data privacy very seriously now, after GDPR, now CCPA is coming to protect user’s data. The traditional browsing behavior will not be the reason you show ads to the users. Without consent, the company can’t track the user or use their data.

You get access to the data which you can validate when it's blockchain-powered. No fake news can be surfaced as it is traceable. Some platforms already implemented a blockchain-based solution like Akasha, Sapien, Sociall, Synereo, Indorse, and Steemit.

The ad tech vendors are adopting the technology and the market is now started flooding with blockchain-powered ad platforms. Companies like Toyota, McDonald’s, Nestlé and Virgin Media using blockchain-based advertising platforms to lift up their campaign performance and made huge profits.

Adbank –  A blockchain-based solution to tackle the excessive markups in the advertising industry and coming up with an ad-blocking browser extension that rewards users for viewing ads.

Brave, an ad-blocking web browser based on blockchain, uses “Basic Attention Token” (BAT), allowing advertisers to directly pay users for viewing their ad without the end-user having to give up their data in exchange.

Benefits of blockchain in digital advertising:

Reliable and high-quality data – As every advertiser knows how important the data is. Blockchain reduced the risk of getting data altered and providing accurate data and information.

Anonymous transactions at low cost – the payment gateway giants charge the payer for every transaction they make online. With blockchain, you get the assurance of safety with extra charges. They help you maintain anonymity while making any payment.

Data security and privacy are not too much to ask when you are spending a huge amount on advertising platforms. Still, the data is not safe. A trust source and transparency are required when it comes to digital ad tech space. Blockchain made the data available for the payers, which was much needed.

Blockchain is the game-changer of digital AdTech

Blockchain is already in the list of upcoming digital marketing trends in 2020. The advertisers are no more living at the mercy of ad tech vendors. Its’ time for an upgrade to the advertising platforms who were totally living up to vague data and insights, faulty rules and conditions.

Advertising companies are already developing their strategy to implement use-cases around blockchain. The companies that are ready to adopt this huge change in the ad tech industry will lead the way.

How to upgrade yourself in life and career? – 8 Ways to Follow up