How entrepreneurs can convert fear of failure to strength

The professionals, students, businesses, and entrepreneurs everyone suffers from the same ordeal and torment and need guidance and help to overcome it in the quickest possible time. 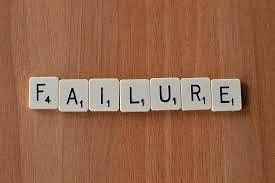 Fear of failure leads to path of success and the truth is, we all know about it. But, for entrepreneurs in the corporate world, failure is not just a different route to success. It is the crackdown or melting point of the effort they have put in. facing and treating failure is something very different at their level.

Businesses of any size and composition can never be the single effort or venture. It is the collaboration and teamwork of everyone associated with the company or industry. So, the impact is never restricted to the management or the top level employees. Everyone gets affected- from the management to the lowest level of employees.

The punch comes hard and everyone has to take it and deal it differently. There are business consultant services which help them to recover from the jolt. However, most of them are self- adequate enough to swim out on their own.

But, the difference with the expert help is the least time frame to swim out again on the surface and to get prepared for future endeavors is much better. The impact of malfunction or crash is same for everyone. The professionals, students, businesses, and entrepreneurs everyone suffers from the same ordeal and torment and need guidance and help to overcome it in the quickest possible time.

In case of entrepreneurs, business consultant is the expert help which is hired by all level and kind of businesses.

Here in this context, the very famous Jesse Owens, the American track and field athlete and four-time Olympic gold medalist who performed extraordinarily well in the 1936 Games need mention. He was the champion in the sprints and long run. Belonging to the very humble background, Jesse was a born athlete. Despite coming from different background completely (he was from the Afro- American background), He performed extraordinary well in the high school and in the national championship.

But, when it came to the Olympics, it was completely different. Jesse made repeated mistakes and fouled on the first two jumps. He was on the verge of getting eliminated in the last and final attempt when Luz Long tapped his shoulder. Luz Long was the fellow participant and received patronage from Hitler, who believed that the Germans were of a superior race. There was lot of hope and faith for Long.

However, when Luz Long saw Jesse’s light he gave him the advice to jump from a spot which should be several inches behind the take-off board. This helped Jesse not to commit the same foul and finally he managed to win the gold in the same Olympics. Luz Long however, got the silver, but his advice created Jesse Owens for rest of the world. 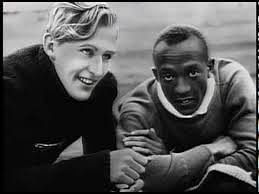 The right advice at the right point of time can save from a lot of drastic failures. Even with the right potential, effort, and hard work success is not achieved. In the corporate world, the job of the business consultant is to provide the right advice and the external help which will help them to deal with adverse situation.

Why failure is dreaded?

No one wants to fail; it is very depressing and de motivating. No one wants to discuss and share their experiences of failure until they taste success. Even celebrities talk about their struggle and failures once they are successful. Once victorious, It is then a proud moment for them and they are confident to share their experiences of struggle and crash.

The business consultant is the outsider to the company who can envisage the issue, find the reason and provide solution much better. Not only they are qualified and experienced but also being an outsider has a different vision to look in the matter.

Is it possible to eliminate failure completely with expert help?

If any expert claims that they can eliminate failure and show you the pool of money, then be careful. The risk taking appetite is the secret ingredient for future endeavors and ventures. But, it does have an element of getting unsuccessful and fruitless. The best business consultant will never guarantee success, in fact will prepare and cushion the fall or collapse.

As they will reap plans and projects for success they will also make arrangements to tackle failure in the hind side.

·        It creates pressure which in turn generates results- without becoming successful, one will not strive to go the next level and try again. Failure creates pressure to hasten up and bring the necessary change within oneself.

·        It controls and keeps tab on ego- the very vital thing to understand is not to play the blame game. Accepting failure is very important which never gives the vent on the rising ego.

·        It is the catalyst for growth if treated well- the self analysis and the expert guidance actually prepares for much better and streamlined performance if treated positively.

·        The best way to discover your hidden potential- no one wants to go on the self analysis trial unless coaxed to do so. Only malfunction creates the demands to check within for the issue which made it happened.

·        It helps to build armor for future – getting the fall cushioned for the next step and venture can be done only with experiencing failure.