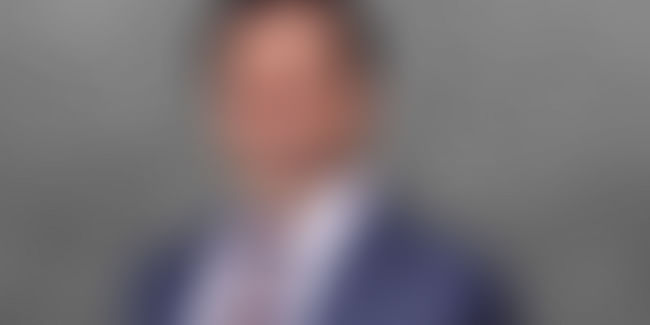 Amid growth waves, we look at some of India’s leading family scions as they venture in turbid waters to create their own legacy

Home to stalwarts, pioneers and business leaders, India often provides a keen rags-to-riches, self-made billionaire stories that evoke inspiration and ambition alike. However, one note often not considered is the legacy of the business scions in the country and their ventures and initiatives. Often covered in Business and Finance editions instead of Fashion and Glamor magazines, these few business heirs are unwavering in their commitment and innovative in their ventures – treading on different paths and extending the family legacy to new highs.

In this article, we have a look at India Inc’s Generation 2.0 and their work in different industries:

Kavin Bharti Mittal is the son of Sunil Bharti Mittal, the Founder and Chairman of Bharti Enterprises, one of India's leading conglomerates. You could be forgiven for taking Kavin Mittal as just another son of a rich businessman. But, his legacy and work encompasses several industries – which in themselves make him an intriguing business personality. Not limiting himself to his father’s wealth, Kavin has created his own ventures – separate from the Airtel and Voice Communications Empire.

Kavin's entrepreneurial potential was evident from a young age, when he was still pursuing his Master's at the Imperial College, London. He soon created AppSpark, MoviesNow and Foodster apps, before coming up with Hike, an instant messaging app. It proved to be a masterstroke, which grew to 100 million users within a span of 3 years.

A scion in a conventional, albeit difficult industry, Virendra has turned out to be a pioneer of road and highway developing world, bringing new notions and plans to logistics and transport in India.  . He started his journey by acquiring an engineering degree from the University of Bombay, before gaining his years of experience in the family’s road building business, set-up by his father Dattatray Pandurang Mhaiskar.

At the age of 27, Virendra D Mhaiskar established his own venture and named it IRB Infrastructure Developers Ltd. He intended to make his firm one of India’s largest companies in the roads and highways sector. His idea of changing the sector through the PPP model helped him bag various projects for the company. IRB Infra also became the first company to execute the BOT and construct some of the biggest and prestigious projects in the country.

Under the leadership of Virendra D Mhaiskar, IRB forayed into HAM (Hybrid Annuity Model) and came up with country’s first Infrastructure investment fund (InvIT). Mhaiskar had received several awards for his exemplary work in the road building sector. In 2012, he also broke into the list of Forbes – India’s richest man by bagging the 96th spot and the 937th position among all billionaires in 2010.

Son of the co-founder of Infosys, one of India's largest IT company, Rohan Murty swept aside all the notions that come with being born in a privileged business family in India. He had set a target for himself and decided to move away from his father N.R Narayana Murthy's business to earn the respect of everyone.

Rohan Murthy had an impressive academic record while studying at the Bishop Cotton Boys' School, Bengaluru. He went to MIT as a Computing Innovations Fellow, and received his Ph.D. in computer science from Harvard University. Rohan then setup a firm called Soroco, disrupting a business that his father N.R Narayana Murthy created at Infosys.

Soroco offers the same companies’ products or software platforms which can do away with human intervention, by using algorithms, big data and artificial intelligence to make enterprises, employees and processes more productive.

She is the daughter of Kumar Mangalam Birla, a renowned Indian industrialist and the chairman of Aditya Birla Group. The stage was set for Ananya to lead one of the leading group of companies in the country. However, she doesn’t believe in labels or tags and finds them restricting. As an individual, she wanted to create her own legacy.

Ananya studied economics and management at the Oxford University and got her bachelor's degree. It was during her university days that her interest for music reached to another level. She soon went on to become a singer and songwriter. In 2016, Ananya signed with Universal Music India and released her debut single, ‘Livin The Life’.

She may always be in the limelight due to her prolific career, but Ananya knows the other end of the world, where people don't even have access to the basic facilities. For this purpose, she founded Svatantra Microfin at the age of 17. The organization gives small loans to women entrepreneurs based in rural India. At present, Svantantra has 70 branches in four states with more than 600 employees.

The list of next-gen entrepreneurs setting up their own businesses doesn’t end here. If you want to add more, comment in the below section!